It is a happy coincidence, the new Honda VFR 800 F subject from the hundred’s motorbikes. A magic number for a motorcycle that is no less in this 2014 version which will no doubt mark our history as much as the riders attached to the best Japanese productions.

No doubt, the Honda VFR 800 is the backbone of Honda Corp!

Occasionally, when testing press, it is necessary to travel tens of kilometers to detect the actual qualities of a machine. Sometimes, a sensitive fault is obvious after a few minutes and sometimes it takes command of a motorbike with which everything seems to immediately clear, successful, serious, quality, live, performance. 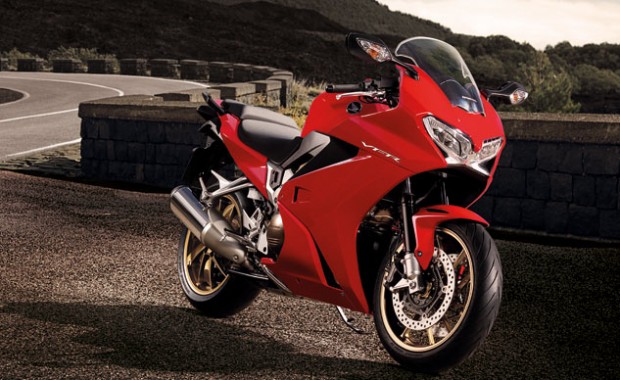 Qualifiers that stick perfectly to the Honda F800 VFR antique 2014, a new more than successful evolution for a motorcycle embodying in it only the sport GT kind since 1986. A record durability for a reference whose Honda motorcycle estimated that almost 75,000 units could move in Europe.

The world number one has reworked its variable distribution system, reviewed its part-cycle, enriched its traction control electronics, retouched its dashboard. In short, this Honda VFR800F 2014 is absolutely new.

Through its VTEC stagnant unstiffened

I take the time to understand the evolution of variable distribution after few miles. For recall, at low revs, half of the valves of each cylinder works, while at high speed, all valves come into action via a hydraulic system to electronic executive. 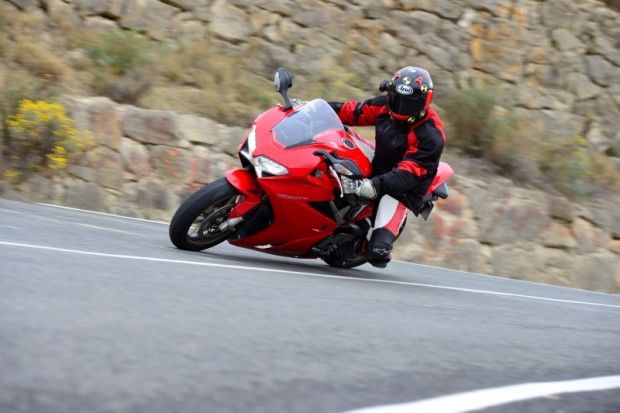 The VTEC sees its trigger softened for 2014.  It had already been in the last evolution of late 2005 and accompanied by a comprehensive work on the ignition and the air box. As Result, the transition from 8 to 16 valves is much more transparent, dramatically reducing the ‘ turbo effect “sometimes criticized for the first generation of the system.

Originate the round character and lively package V4 MI and high speed, the boost is reminiscent of the VFR 800 Fi block. The VTEC always fires 6 900 RPM to acceleration and closes 6 200 rpm at the deceleration but the transition phase seems to have been moved because of the resonance of the air box that opens all its valves to 8 000 rpm.

Despite all these cycles of operation, the new V4 Honda seems more linear, available and always voluntary at any moment. Accreditation is growing, particularly in the common gaits. In 6th on Highway, 130 km/h, the engine running at 5 500 rpm about, away from the outbreak of the VTEC. 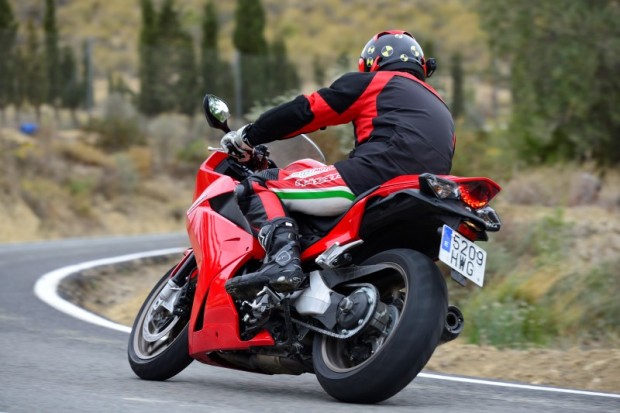 A cockpit which necessitates assurance

The 2nd part of the test takes us into the mountains, with portions very winding and tight. In the early sequences, piloting requires commitment. Switch the Honda F800VFR on angle of a simple press on the handlebar as on a big trail or a balanced GT is not observable.

The Sport GT Honda’s preferred action simultaneous support on the foot and thigh on the tank, and this, despite a loss of 10 pounds on the scale. Nevertheless, 239 kg all full facts still reveal a pleasant balance. With the correct timing of pilotage, there’s a rigor of high level: heading maintenance in impeccable line, stability on the angle that seems unflappable and train accuracy front of the highest level. Fans of trajectory flush with the walls will appreciate.

Powerful – and very well calibrated ABS – braking gets blocked on the dispatcher. Curve, the use of the brake back to shim to tighten the bike is thus more natural, but fans of coupled braking will probably regret this aspect mode tourism. A use for which is certainly intended the new VFR 800 F, with its series handgrips, a protection that has seemed respectable and a fairly comfortable saddle. Nevertheless, our rolling lacked motorway links to be 100% affirmative on these points. 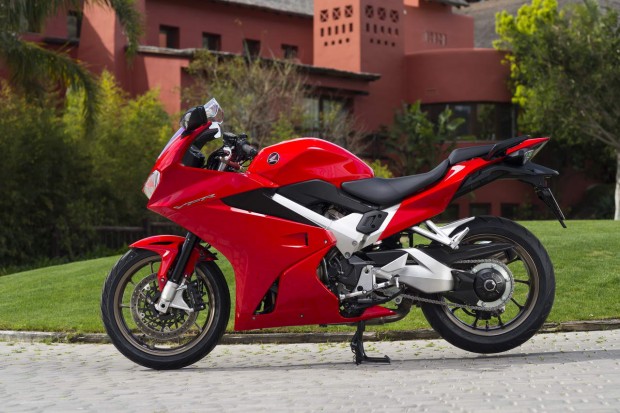 Equilibrium- One of the best VFR?

Final curtain by a testy and what test, simply one of a legend of the modern bike! An institution in the sport category GT and a showcase for Honda.

It is a fact; House engineers have done a sacred work on this new evolution of the VFR800F. Refined in terms of motor behavior and chassis, Honda VFR 800 F 2014 respects the original philosophy of the model while improving the endorsement and the overall performance of the previous productions.

This excellent multi-purpose motorbike arrives to celebrate 28 years of a dynasty to the almost uninterrupted achievement. But reveling quick use, the VFR800 still has its place on roads under reconnaissance. On the Honda believes, providing and nearly 1 000 units sold in the France for 2014. 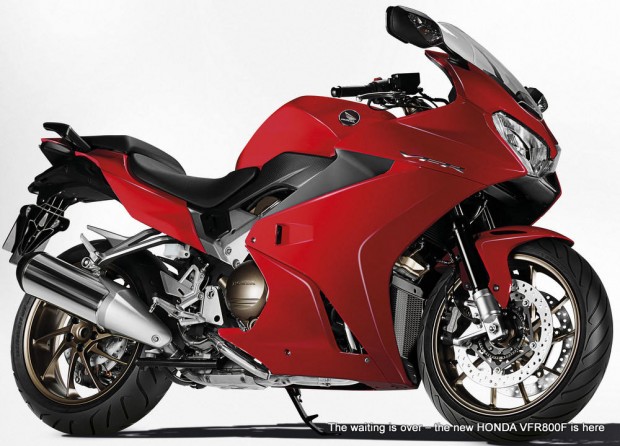 Last point, which can be stored in the column of the most that is the selling price of this vintage 2014. Sold at price 17495 US Dollar or €12 599, with technology and original equipment enriched the new VFR800F increases only €100 compared to 2013.

I hope you have get some thing new about Honda VFR800F and its beautiful test pictures and wallpapers.