Hero Corp. had a series of exciting bikes to show the world at Auto Expo 2014. There was the fundamental new 620cc Hastur, which came as a bolt from the blue. The Indian motorbikes manufacturer also surprised us by coming out with a 100cc cafe racer version of the Splendor Pro Classic among the more conventional products on display, the Dare, Dash, and Zir scooters hoisted available. The Zir especially has received quite a lot of attention since its Auto Expo 2014 unveils. Hero also went out on a limb and called the 2014 new Hero Passion Pro TR an off-road bike, which many people have since roasted. But one of the lesser covered bikes Hero fielded at the event also happens to be one of its most polarizing- the new 2014 Hero ZMR and Karizma R. 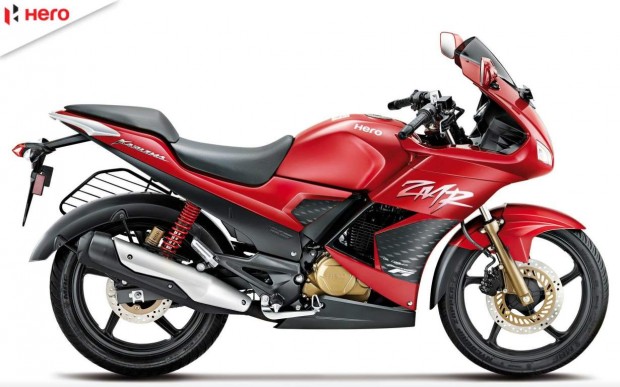 Hero MotoCorp has simply not given the Karizma a power bump but has also made several other changes. The styling and engine tweaking has been done by Erik Buell Racing and that is the reason why the front and rear resembles EBR’s 1190 superbike. While not everyone is a big fan of the styling of the updated Karizma, we expect it to grow on us, just like the old ZMR did. Whatever said and done, the updated Karizma R is sure to be a more fun to ride machine than its predecessor as it also gets wider tyres, clip-on handlebars and improved engine output. 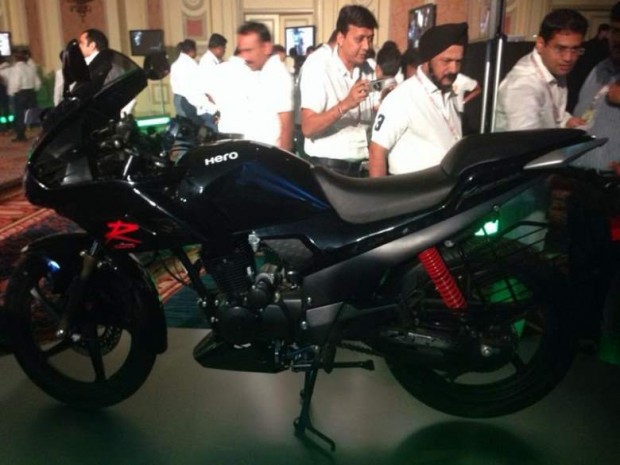 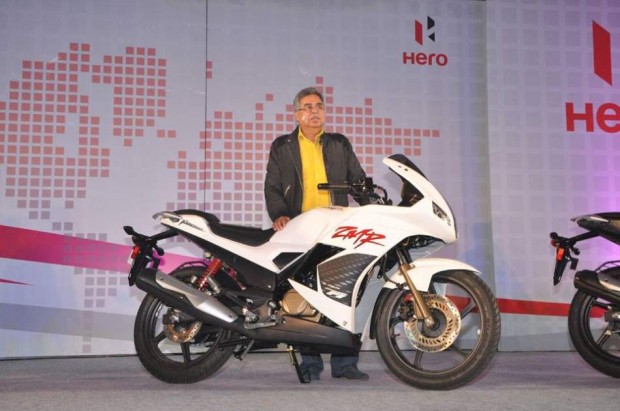