Afterward many advances and promises we already have here to the 1290 KTM Super Duke R 2014 and on paper everything is fulfilled, so the new model from Mattighofen becomes the naked extreme market in every sense. These are available for euros 15,497($ 21210 US Dollar), about euro 1,700 more than the BMW S 1000, his great rival. 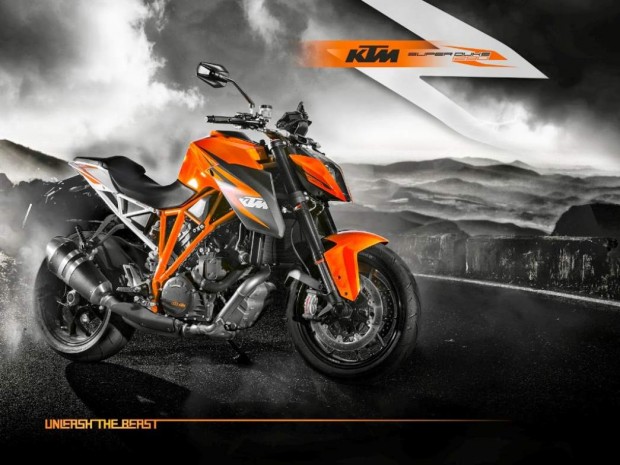 The enormous majority of the things that anticipated the bestial prototype of last year are maintained. Their aggressive DNA of the Duke arrives at its finest, with little less than seen on the Concept also been respected all the power of the to 75 V-Twin engine and 1,301 cc RC8 Rsports are 180 HP of power at 8.870 rpm and an absurd torque 144 nm. While not all the power goes to the high regime, since it has 100 Nm from just 2,500 rpm. When combined with their skimpy 189 kg herb is not surprising that the 1290 Super Duke makes the 0 to 200 km/h in just 7.2 seconds. The approved maximum speed is 290 km/h, if you’re able to endure it. 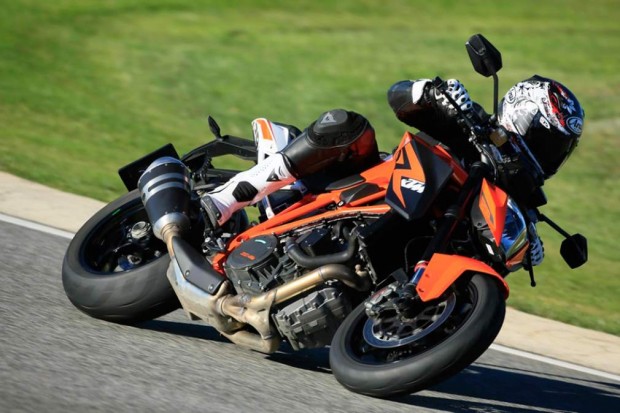 Glowing, we have the most powerful production always naked. What about the part cycle?

It has adapted the sporty chassis, as well as the fully adjustable WP suspension. Its brakes also are up to since they are the same as in one  Ducati 1199 Panigale S, Brembo M50 monobloc dual 320 mm front disc. Ready to outfit with ride-by-wire of Keihin and a traction control that includes a new function aside from Rain and Sport modes. With the way Super Moto rear axle brake ABS is disabled to facilitate the Crusades, a real novelty that makes it unique also in the electronic arena. 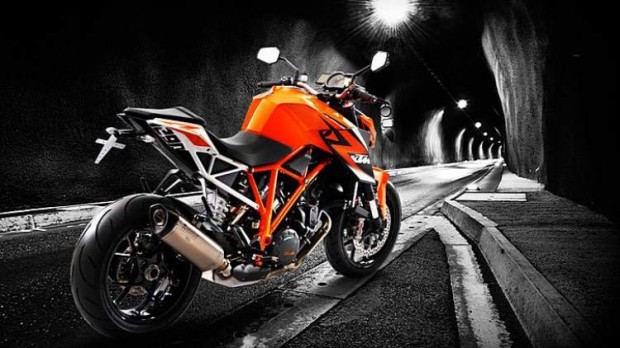 The system of ABS brakes are Bosch, although at the moment will not include the control stability system MSC as already seen in the KTM 1190 Duke Adventure year 2014. Would not be more in the future to complement the active safety of a model that assumes a new standard in the sectors. The fuel tank capacity is 18 liters and despite the extreme mechanical maintenance interval is 10,000 miles. There is a complete catalog of Power Parts, where he advised the finished Style, Race and Tour. Although it is not necessary to purchase a pack of equipment per block. 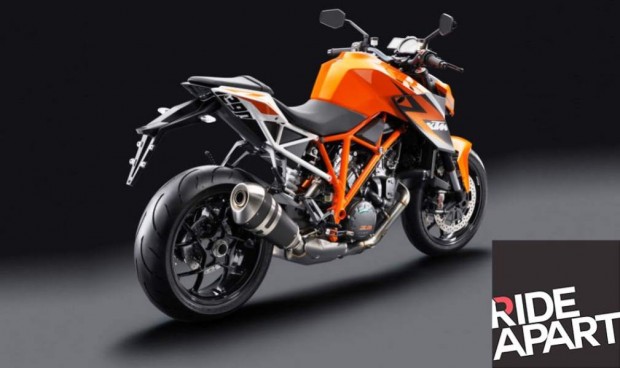 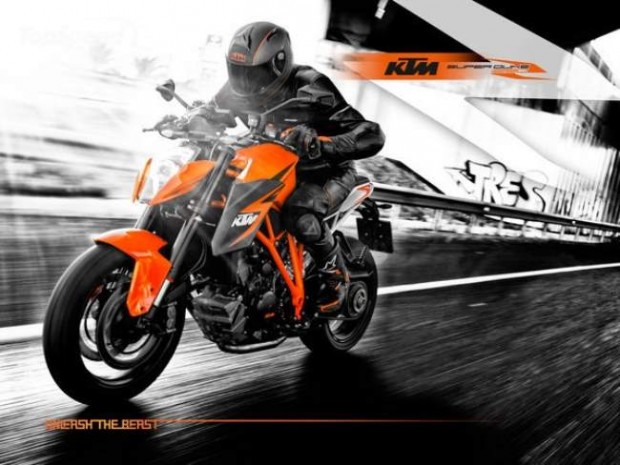