The monegasque millionaire Gildo Pastor held the promise made to an electric Voxan under three years in 2010. Presented today at the Salon of the motorcycle, Scooter, Quad 2013, Voxan Wattman upsets codes. Firstly because at the multiple electric motorcycles, slender and light, it opposes a mass aesthetic, how to power futuristic cruiser, and a weight – heavy – 350 kilos. We like or not, but the lines designed by Sacha Lakic have at least the merit of placing the Voxan Wattman off competition. 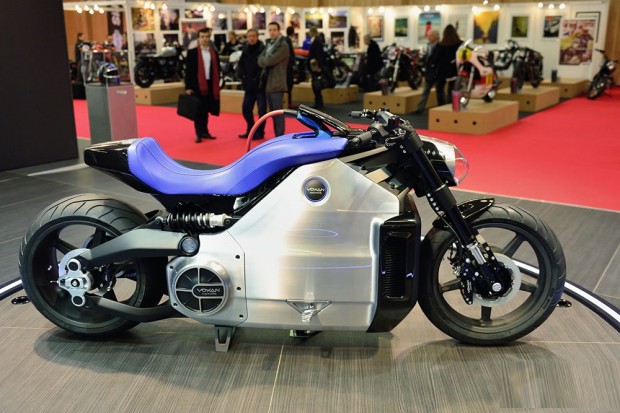 The imposing structure of the Voxan Wattman is based on a chassis-aluminium hull way exoskeleton, integrating all the components of the traction chain. Avant-garde, the rear suspension parallelogram composed of four trailing arms actuated by two shock absorbers. The inverted 43 mm fork is more classic. 18 inch carbon wheels are fitted with Michelin Commander II 130/70-18 front and 240/40-18 on the back. The front brake is entrusted to a system 4 D Beringer 4-disc 230 mm bitten by calipers four-piston, rear “merely” a 230 mm disc with bracket 2 pistons. 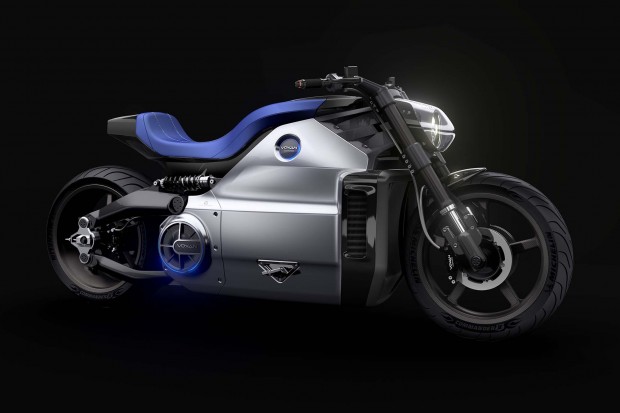 But if there is one point on which the Voxan Wattman surprised and realer, it is its motorization. The apparatus is equipped with all first electric motor Voxan permanent magnets and liquid cooling, delivers the phenomenal power of 200 HP for a torque of 200 Nm from 0 to 10 500 rpm. Making this simply the most powerful electric motorcycle ever built, able to shoot down the 0 to 100 km/h in 3.4 seconds and 0 to 160 km/h in 5.9 seconds! The secondary transmission by belt 35 mm has interest to be damn strengthened to withstand the shock. 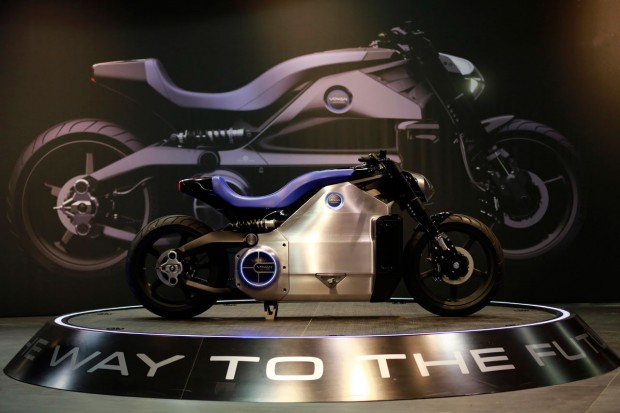 An Ultra Fast Charging for the Electric French

Excluding the big weak point of the electric motorcycles over the good old thermal remains time to recharge their batteries. For once, Voxan hits hard in announcing a charge to 80% in less than 30 minutes, thanks to quick charge socket Combo II, the European standard. And it can also connect on a simple household outlet, thanks to a built-in charger. The ultra-compact 12.8 kWh battery he would make 180 km range cycle standardised NEDC. Now remains to know availability and the rate of the X-Wattman Voxan and on this last point, this bike may possibly also hurt. 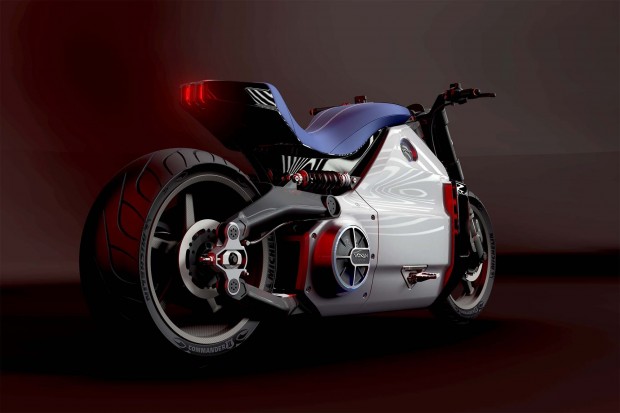 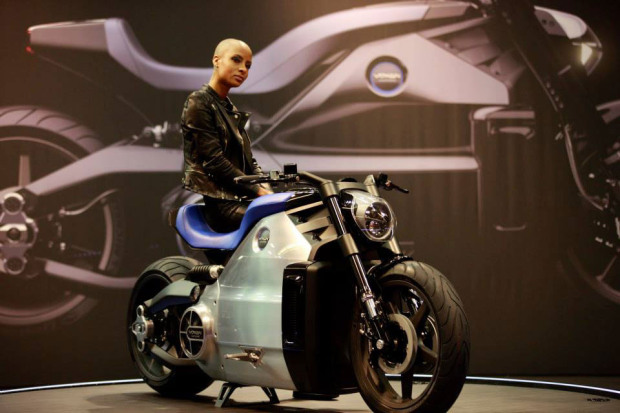