Harley-Davidson Street 750 2014 will be available in the second quarter of the year as the most accessible model of brand and positioning of custom for urban use. Harley-Davidson look to emerging markets like India leaves us in the European market a new access to the range of bikes from Milwaukee. It is the first really new motorbike brand in 13 years and will cost from 7,300 Euros or ($10030) 1,700 less than the access to the brand so far, the Iron 883. At the moment the Harley-Davidson Street 500 will not come to Spain.

The HD Street is prepared with a new engine called Revolution X and a 749 cc V-Twin liquid cooled 47 HP and 60 Nm of torque at 4,000 rpm. Change has a six-speed manual and the average consumption with its 222 kg kerb is 5.7 liters/ 100 km. It is the trump card of Harley-Davidson for drivers of the meat A2 and new customers as the industry in general and a younger spectators.

The extra city and accessible Harley

The standard Harley-Davidson customer ages with over the years and this model are the link to revitalize the arrival of new ‘harlistas’. Many will see it as a watered down Harley, though something had to make, renew or die in the lengthy run.

The details of its design are striking, with a dome to the Cafe racer, air filter custom, Fender’s steel, type Typhoon of 17-inch front wheels and 15 behind, escape 2 in 1 black, mini LED rear blinkers Bullet or tandem seat with foot pegs for the passenger. The design is compact and narrow to be accessible for any type of rider model. The seat height is reduced, only 709 mm above the ground, the driving position is neutral with a middle of the handlebar position and weight is enough content for a custom. The battle is 1.511 mm, compact. 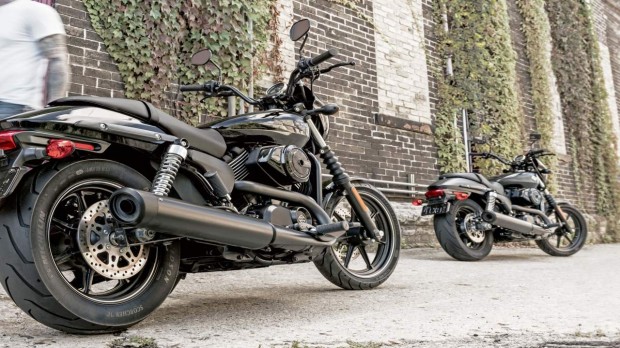 The front brake is a single disc with two-piston, does not have ABS, and suspensions have been adapted for a model of their characteristics. Transmission is by belt to complete part cycle limited allowing offering a price of the demolition. New bet of Harley-Davidson will see escaping them in the list of sales when it reaches the market. 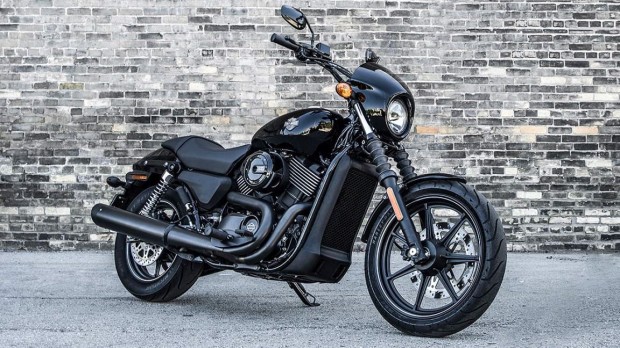 What you think about the new direction of the Milwaukee firm? Calm that has Softail, Sportster or Dyna for some time.