Newly reorganized SA Bimota is already showing great promise. Whereas the press kit distributed at the EICMA show may have contained one too many excessively strong statements, the buzz around the reborn make is certainly positive. 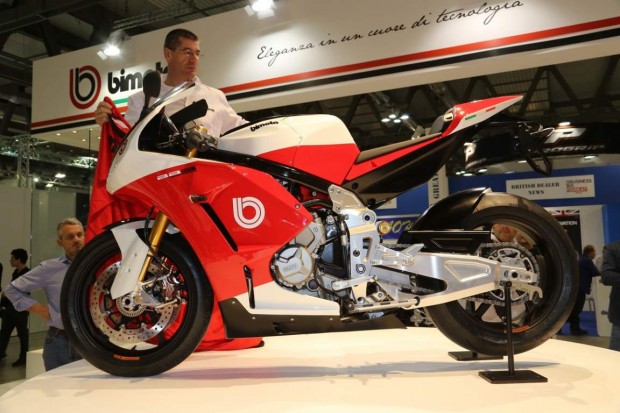 Biggest news at the Bimota booth was the BB3, a from-scratch project that had been hanging around for a couple of years and was finally released in concert with the arrival of new Swiss owners Marco Chiancianesi and Daniele Longoni. Arguably the ultimate BMW/Bimota blend, the BB3 shoehorns a claimed 190-horsepower 999cc inline-four from the S1000RR into a classic, steel trellis frame. Side plates machined from aluminum billet clamp the rear engine mounts, solidly locating the swingarm pivot and double-link triggered Ohlin’s shock. 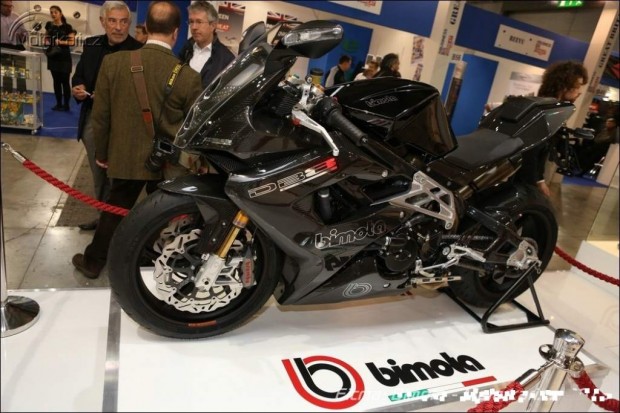 It’s gracefully style of the BB3 is alleged to be the hottest, best performing Bimota increasingly. Steering-head angle is 25 degrees, wheelbase spans 56.3 inches, and claimed dry weight is 394 pounds. Seat height measures 32.6 in. Appealing numbers, for sure. With exciting new ultra high performance sport bikes like the BB3 rolling off the assembly line; will Chiancianesi and Longoni be able to pluck Bimota from its historically low financial waters? We’ll have to wait that is what  would be! Let’s see. 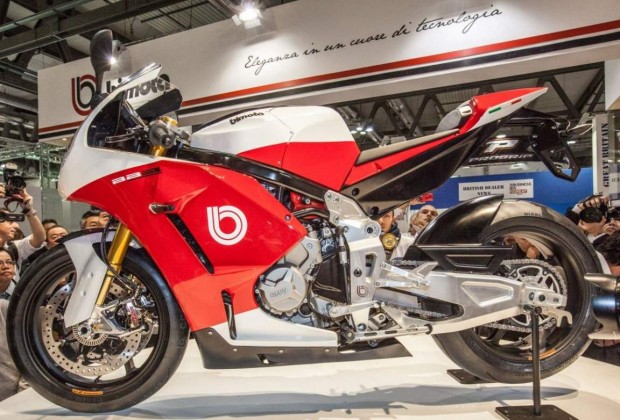 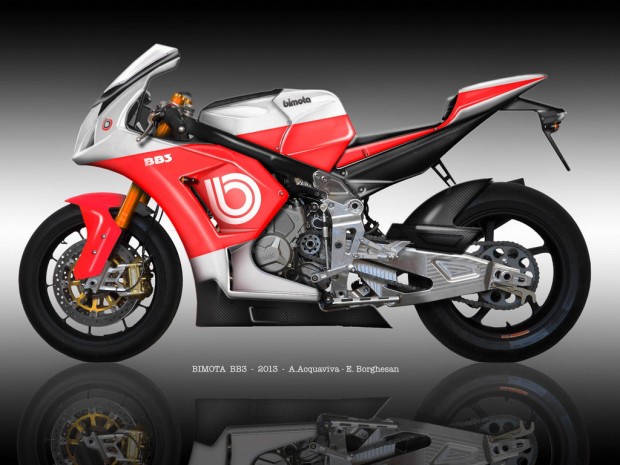 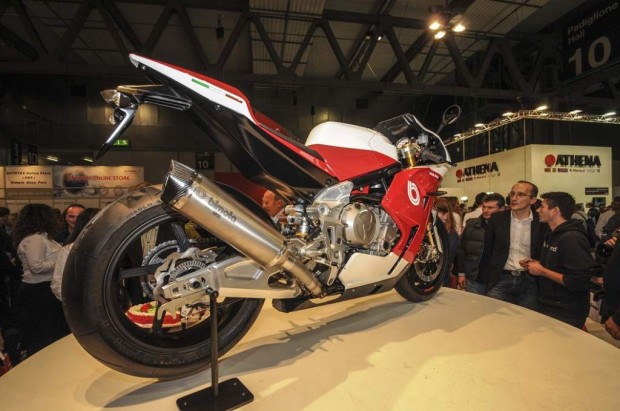 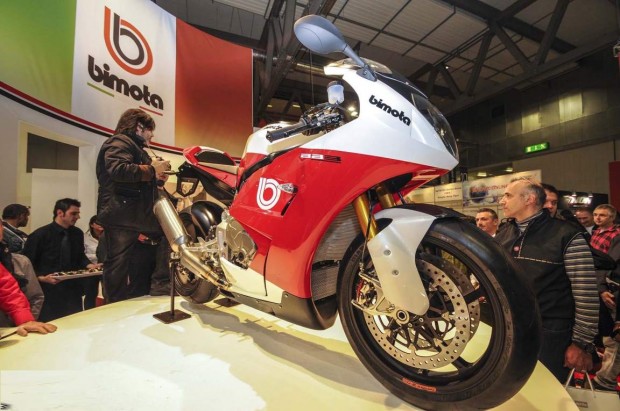 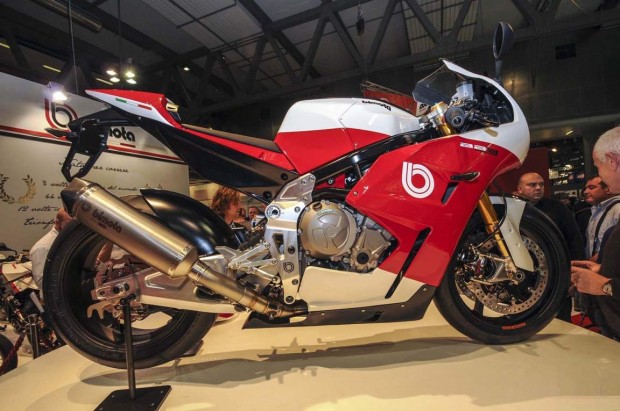 I hope you enjoyed watching Bimota BB3 2014 wallpapers. Let us know your views regarding these images.