The Swiss customizer Urs Erbacher and his great Fat Attack Custom Bike team are under preparation and almost done groundwork of the official seal of Victory and moreover Urs Erbacher is the man behind Fat Attack Custom Bikes AG and he proved once more that his skills are to be reckoned with. He chose one of the highly popular Victory machines, on the basis of the power cruiser Hammer S. 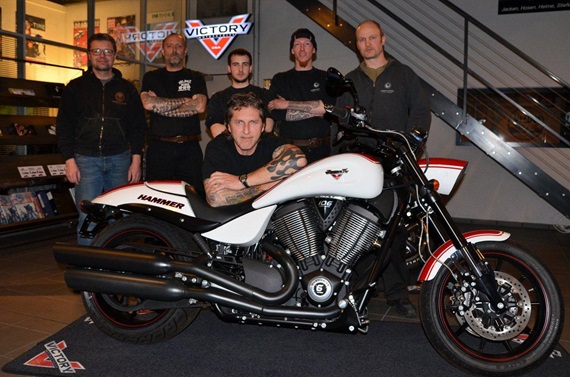 The typical productions of Spirit Lake reservoir is shortened and slightly remodeled, the handlebar is a unique piece provided by Roland Sands, and instrumentation comes from Moto gadget catalog, just like all of the lighting.
Price per set almost is 42339 US Dollar. But there is no panic, the Victory Hammer S Fat attack has already found a buyer, when the last demonstration of Swiss Auto shows. 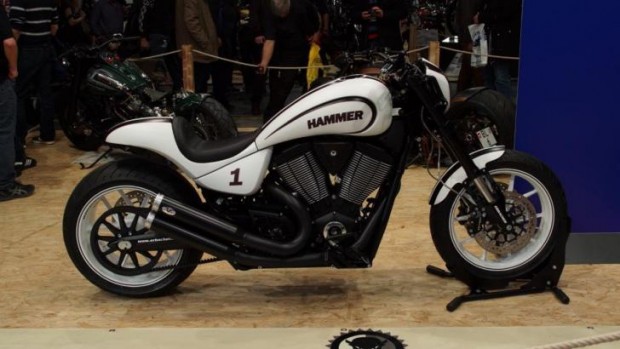