KTM operates full logic platform and after sports RC390 , is currently testing a supermotard incorporating the technical basis of the Duke 390 . In any case that suggests this photograph taken by one of the members of the Austrian forum KTM Forum . This photo “fly” shows quite clearly that this third variation uses the frame, swing arm and brake the bike Duke 390.
However, this super motard version seems much higher seat with suspension on travel obviously superior. In conclusion, note the pot in a high position, a typical off-road motorcycle. 390 KTM Super moto SM this ? Should be  presented in year  2014 as new 2015. That should delight future permits A2 lack of skiing.
KTM CEO Stefan Pierer gave Moto Cycle News in April in an interview. In it, he described, “An alleged dual-purpose or dual-sport version! Which I would say is a mix between super moto and enduro.” He went on to explain that like the RC390KTM and Duke, these new motorbikes will be made by Indian production well known partner The Bajaj. 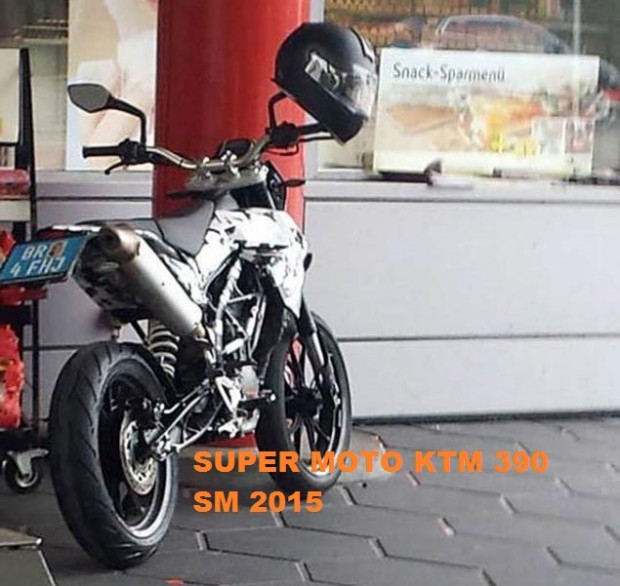 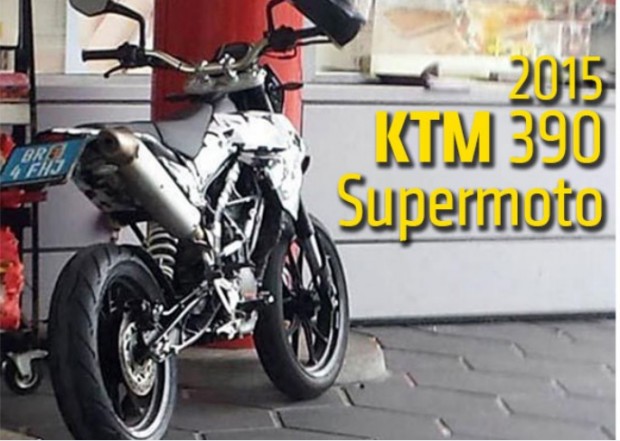