After Honda and Yamaha, it’s with the turn of Kawasaki to reveal its range Cross 2014. Not great change in prospect at the Greens which already not bad have made evolve them 250 and 450 KX-F for two years. 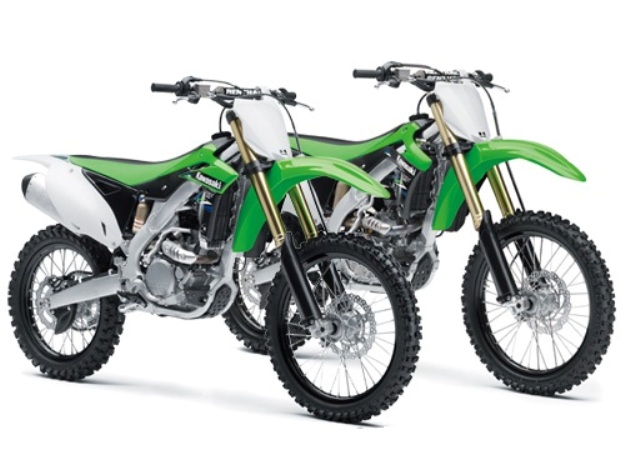 It will be necessary to be satisfied with some final improvements that and there on Kawasaki KX-F 2014. Side of the Kawasaki KX250F, the principal innovation is the arrival of the launch control – already of news on the Kawasaki KX450F- which makes it possible to optimize to the maximum traction at the time as of departures.

The selector speeds as well as the barrel of selection were also modified, just like fixings before engine and the handles. The fork Showa SSF and the shock absorber receive as for them new settings.

With regard to the Kawasaki KX450F, the oil and air fork Kayaba sees itself polished as of its first existence. Always of news on the Kawasaki KX250F and Kawasaki KX450F, three plug-in different (Standard, Hardware and Software) make it possible to very easily modify the behavior of the motorcycle while exploiting the cartography of injection. 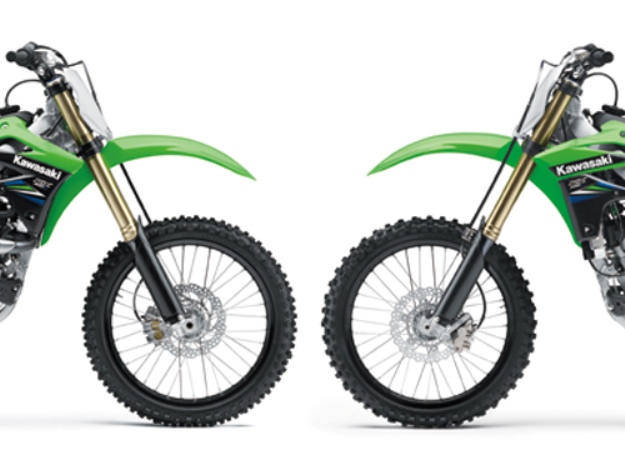