The importance of 26th January in Australia!

Australia is a country offering cultural and population diversity, exotic food, extravagant architectural structures, interesting history and well-loved eccentricity! In 2016, Australia is named as the world’s most liveable and lively country for the 6th time in a row. You will be able to find approachable medical and health care, feasible education, employment stability, happening culture warm and welcoming surroundings. The following two facts, we are going to talk about is the craziest of the facts. Brisbane is regarded as an open-minded city found in South-East Queensland strip. It has so much to offer including lavish auditoriums, chic-styled clubs, nature-loving parks, art galleries and indulgent museums. Exploring Brisbane means you will probably be coming across a huge assortment of refreshing sceneries and weird cockroach race!

Near this time of the year, you can hear the whole town talking about this absurd race. Bridge Hotel is popular for its Brisbane’s best Australia Day Festival, annually! Till now, 39 races have been held where Aussies have enjoyed the festival atmosphere without any limitations. At first, your eyes won’t believe the grand stadium seating, decorated corporate boxes and adventurous street staging where live bands will be performing whole night long. It was the tradition started by Richard’s brother Mark in 1981. It is now celebrated every year on 26 January featuring splendid 14 types of racings. The winners on the Australian Cockroach racing day festival that are enlisted in the Hall of Fame include “Soft Cocky, Cocky Balboa, Cocky Dundee, Drain Lover, and Priscila-Queen of the Drains”.

This is the strangest thing you will experience while spending time in Australia. The Australian Day is transformed into an odd “Cockroach race day”. Hundreds of people pay to enjoy the race but if you want to buy a cockroach, you can do that as well quite easily, by paying additional charges. The lucky cockroach who crosses the line first is selected a winner. And, the interesting point is that flying cockroach entrants will not be accepted and disqualified. Doesn’t it sound crazy? Cockroaches are the reason of sheer horror but on Australia’s day, they become the heroes, racing in Brisbane. You can easily witness 5000+ roaches running in haphazard. It sounds quite funny but it must be entertaining.

You will see roaches enjoying their time of life while resting on the strings, having drinks and receiving the pampered treatment. They let the critters crawl in a five-metre globular track. As soon as they are released, their hysterical rush seems quite hilarious. The stewards need to be trained and vigilant to spot any cheating as I’ve told; flying is not admissible for the competition. And here comes the best part! The winning ceremony where the winner is crowned as Queen of the roaches! ‘Miss Cocky’ competition ends the ceremony with an appreciative note and then the genuine party starts of the Australians! Cockroaches are chosen because of their reckless speed. This day is not all about the creepy bugs. This race aims to raise funds for Youngcare. Australians believe that this festival brings creativity to their culture and no doubt it does, but also helps in arranging easy charity for the strong revolution. 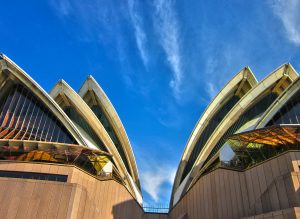 And, now we are ready to give you the additional little dose of amusement. Besides Australia, roaches race day is also held in the United States of America (USA), annually, usually in New Jersey. But it comes with the different purpose of electing democratic presidential body for the upcoming 4years.