There make it a life after the Hornet? Probably yes, because Honda offers for 2014, a brand new motorcycle of average displacement aimed at beginners to persons more experienced. Brand new engine four-cylinder in line 650 cm³, new chassis, more relaxed current ergonomics, version A2 to 35 kw, the new Hornet is there, before your eyes! 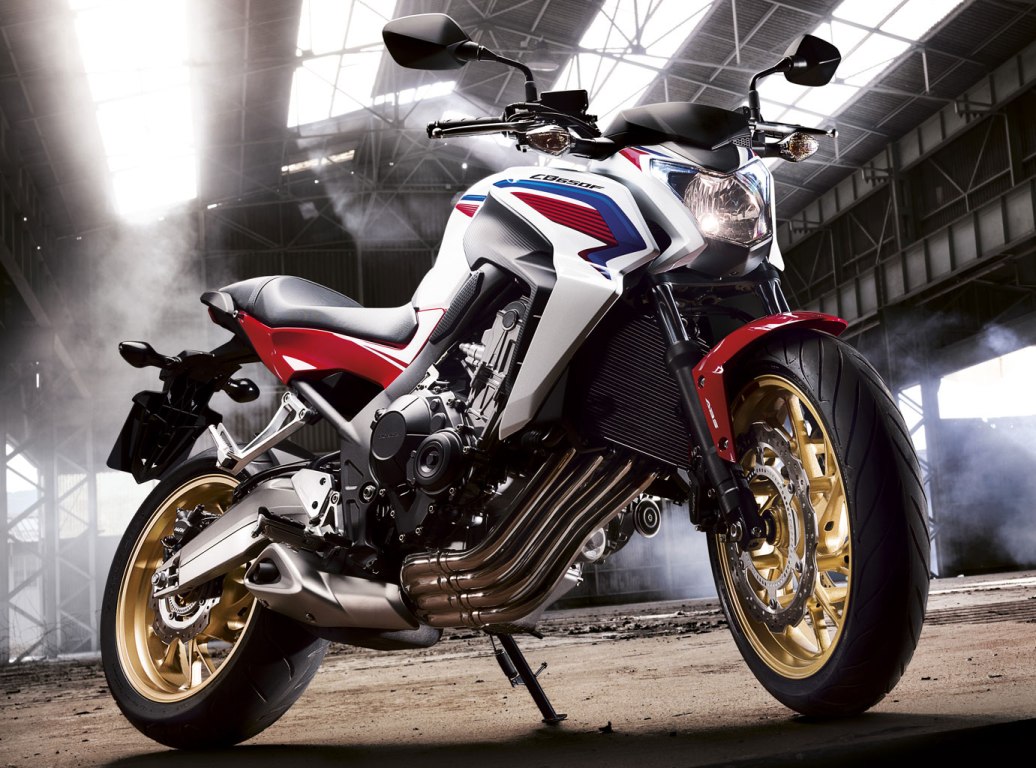 We knew the Honda CB600F Hornet at the end of life, after a vintage 2012 review to compensate for a competition who took muscle via a cure of displacement (Yamaha FZ8, Suzuki GSR 750). Also, we expected all to a deep evolution, or even a new bike. And well you have it under the eyes; here is the Honda CB650F 2014, successor of the Hornet for 2014! 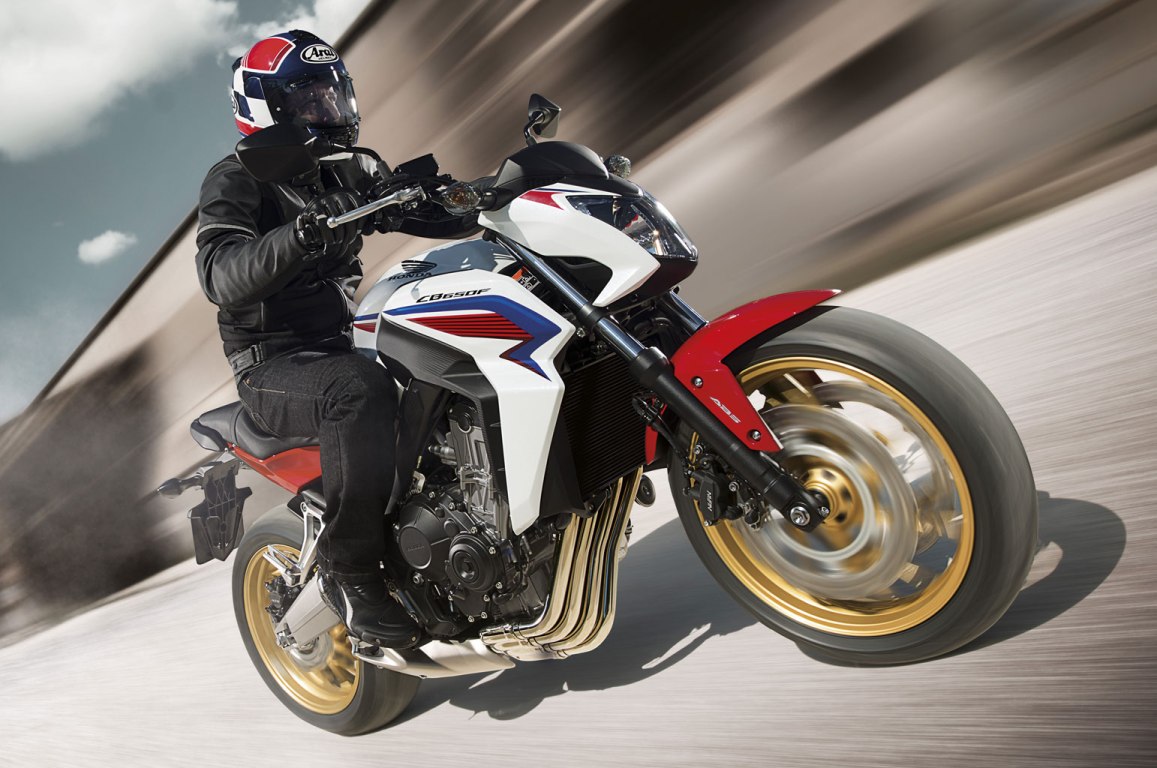 A streetfighter, Yes, but easy everyday

Honda chose to keep a really median displacement, with 649 cm3 for this brand new four cylinder in-line. Modern, it presents a nice overlay of internal trees to build a beautiful compact. Cooling internally is privileged to bring more aesthetic purity to the engine.

Honda worked the frictions, exhaust, lubrication, to make this engine, a four cylinder flexible, filled, angry down and substantial, to improve performance at midrange including. The maximum power, 87 horses, remains below the line of the Hornet motorized by the old blocks from the CBR600RR.

But Honda announces that this power will be commensurate with the beginners as more experienced. In addition, a 35 kw (47.6 HP) version will remain available for beginners of category A2. 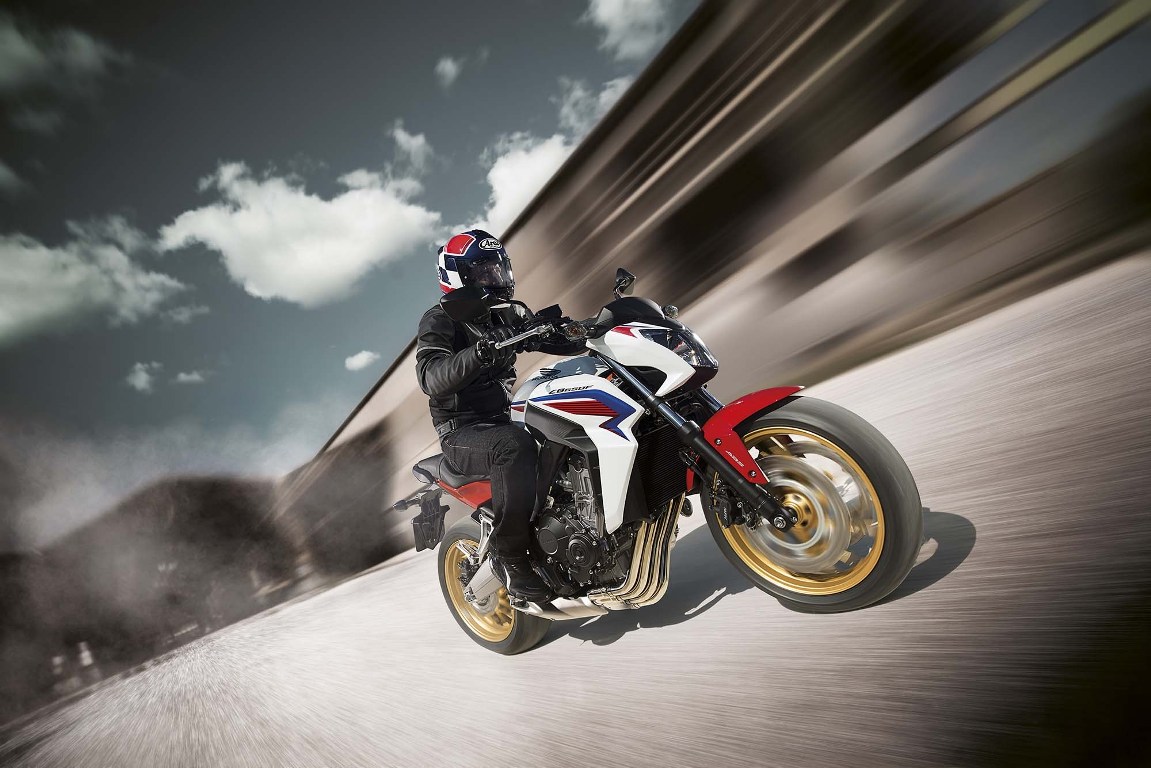 A steel frame, an aluminum swingarm

Around this interesting and unreleased engine, Honda built a cycle part, also, unpublished. The framework involves two longitudinal steel beams and all adopted the philosophy of type diamond. A known architecture, including its economy, but also for its elasticity and Honda also chose him for this aspect. The swingarm, cast aluminum gravity seems much more qualitative.

It goes same for thin sticks, worthy of a hypersport wheels. The brake has three discs, petal shape, and this device takes the concept of manufacturing on the NC range, namely that the disc 240 mm rears is carved from the same sheet of steel than the 320 mm front discs. The ABS will be delivered optional, and series for the A2 versions. 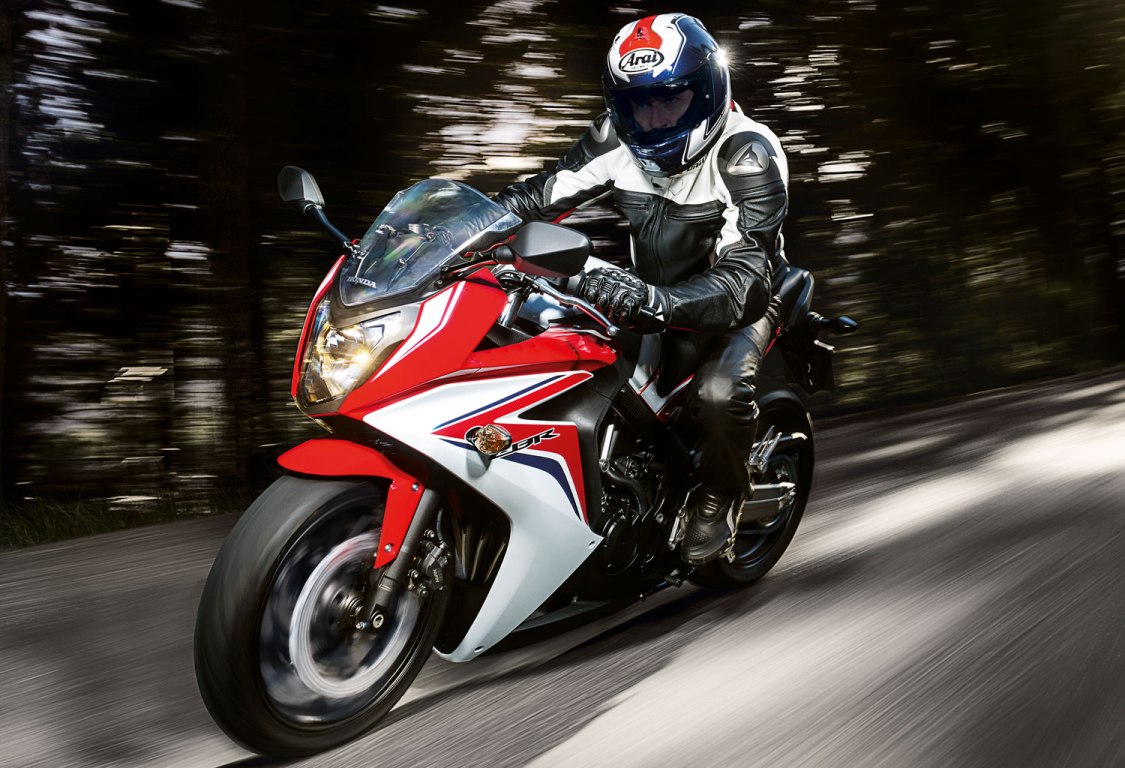 A wiser than the first Hornet motorcycle

The first generation of the Honda Hornet had been talking to her for her extreme side: motorcycle very compact, ultra light and reactive with its wheel before sixteen inches, and its four-cylinder also hollow as explosive! For 2014, Honda CB650F is more main stream. The position looks very relax, to see the triangle of position saddle / handlebars / footrest.

Honda has preferred design a motorcycle in two faces: sport of pace and energetic engine with 87 hp, but without doubt very docile and workable. The permits A2 will be pleased with this flirty plastic and able to pilot a motorcycle sport certified and slight (208 kg in running order with ABS). Given its positioning and its displacement, it should be very attractive, probably around 6,500 euros. 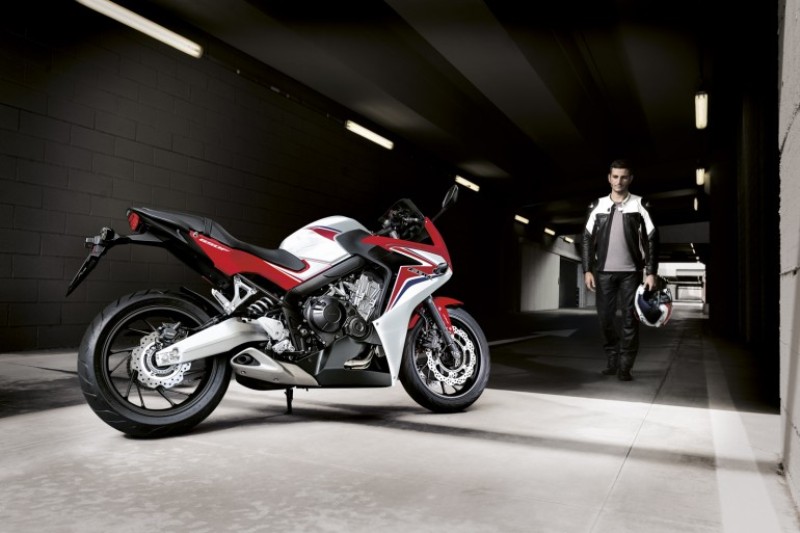