Courtyard stood quite integrated and sounds official preparations for the Yamaha quicker program in recent times, but Europe seems to reactivate Yamaha’s Yamaha official Germany presented in the garden program built in 2017, its XSR700 “Apex ruler”, built by Marcus Walz of Walzwerk Racing. Within a style “follower” Apex ruler of Walzwerk racing is a nice bike to drive… 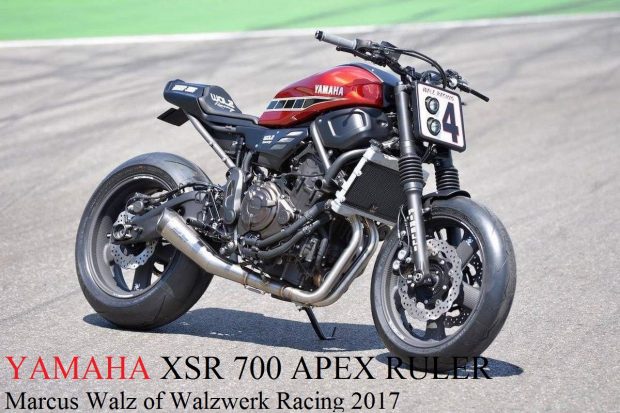 Apex XSR700 Rule Yamaha original nude retro, but also give a character halfway between a street fighter and street tracking will now carry both.

Equipped with many end pieces such as carbon wheels Rotobox, Mount Pirelli Supercorsa Exhaust Tire Competition SC-project, Wilbers front and rear handlebar suspensions of LSL disc brake hoses, running conversion of 520 current transmission, the DNA of the air box, Power Commander V, mini Moto gadget speed meter and many other special and unique parts. The cycling level and the fibers, the tub, the side panels, the front number panel, which includes the LED. They were produced manually by a 2 mm aluminum plate.

The painting depot was inspired in the first time Yamaha RDS 2 with metallic layers 12 and finishing varnish, the work performed by Chiko Pforzheim. The design of the “speed” block is also hand painted. The “Apex rule” was formally presented at the “Wheels and Waves” event in Biarritz a few days ago, with great success. Even in a single Marc model received orders for four units in the same wheels and vague weekend. 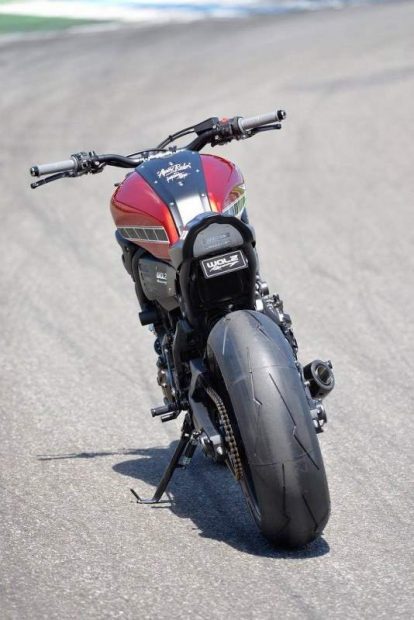 Result of this success has made Marc consider the possibility of carrying out a special edition of 10 units of his “apex ruler” each with a different color, but depending on the colors Ymaha of the years 70, it is also considered the possibility of holding some sort of kit for those who want to personalize their XSR700.