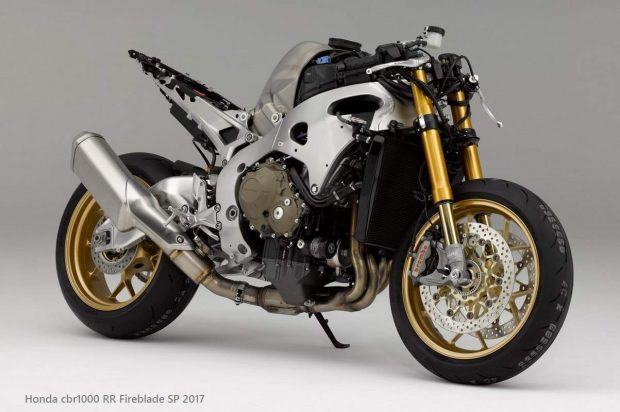 The bike introduced of new caps magnesium, a 16 litre tank scoop designed by HRC, a striking escape 4-2-1 with his silent as titanium or lithium-ion titanium that show how ambitious was Honda with the model to reduce the weight. In addition, all the lights are LED, including optics double before will give personality to the bike. The single seat is standard. 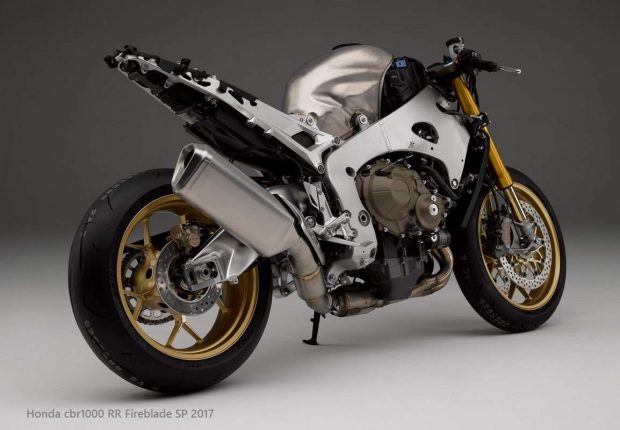 The chassis is made up of a type exposed diamond aluminum chassis and double light beam, suspensions Öhlins NIX30 and Smart TTX36 – what, calipers brake Brembo monoblock 4 pistons at the front axle, revised cradle or a high position of the so-called tank improves the behavior of the motorcycle.
In addition to more powerful and lightweight, the Honda CBR1000RR Fireblade SP finally leaves behind the analogy to immerse themselves in the field of electronics. He has all these sections: