Despite the reviews have been mixed, Harley-Davidson has decided to continue to build on his new Harley-Davidson Street family and its new model in this regard is the Street Rod Harley-Davidson. This is a Variant begins a more powerful engine, in addition to having a more seasoned design and a more agile and dynamic:

It is available from 8.650 euros color Vivid Black, with 200 euros for the Charcoal Denim decorations and Olive gold.
Aesthetically dark custom embraces the philosophy to include elements in black as the new 43 mm inverted forks and plates, and a dome that gives personality and a more sporty touch. The rear has been redesigned, with a perforated rear fender and a less personalized breadstick. Double rear suspension springs shown in red to emphasize that touch more rebel. 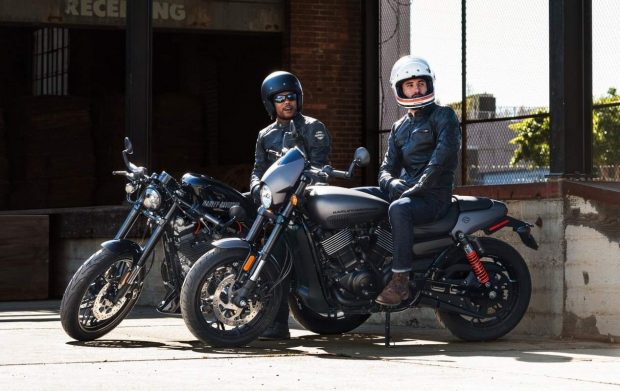 If more sports in aesthetics, but also in the performance, as high output engine V-Twin Revolution X is updated to 60 degrees and 749 cc with cooling liquid. It is 20% more powerful than the engine of the 750 Street, with a pair of 65 Nm at only 4000 rounds per minute. The tribunal is now at 9000 rpm, but gives his best mid range between 4000 and 5000 rpm. It has a new injection of Mikuni 42 mm and a compression ratio of 11.0 arrives: 1 to 12.0: 1 to this improvement, including a new sound experience in the exhaust. 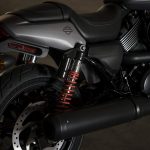 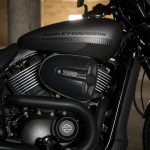 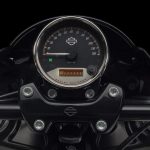 It is not only more powerful, also a more agile behavior with a new 17 inch wheels on both axles, a review of the geometry of the chassis or of new double disc brakes of 300 mm on the front axle with two pistons and ABS as standard. Similarly, the driving position has been revised, and to present a plate of type drag handlebars, seat increased to 765 mm from the ground and the footrests have been delayed. 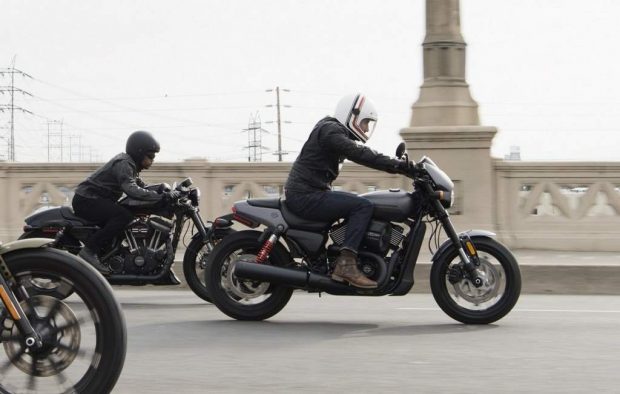 However, more a Harley-Davidson, which translates into the empty weight of 238 pounds, so don’t expect the agility of a Japanese nude. It is not what you want, although something spicier than the original 750 Street. For a fact, move from an angle of 28.5 ° from the 37, 3 first street on the right and the 40.2 ° left of this bike. 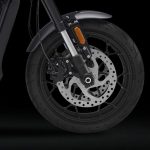 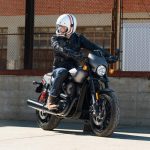 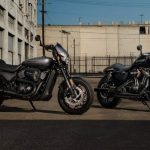