Each year, we believe that Aprilia and Piaggio Group by extension needs someone new in your marketing department. Just a few weeks after the market shake Ducati motorcycle with Ducati 1299 Superleggera and KTM have announced a sport derived from the KTM MotoGP Aprilia RC16 future and past now discreetly reveals the Aprilia RSV4 FW-GP. 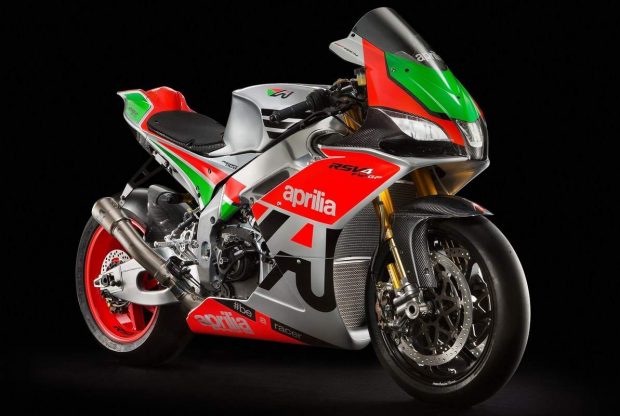 You can not say much of his name, but this extreme version of the Aprilia RSV4 has 250 horses, sports the most powerful to date of major motorcycle manufacturers if we ignore the Kawasaki Ninja H2R. He is the star of his Works program plant for 2017. In principle, it is a version only available tour.
The RSV4 FW-GP basic RSV4 SBK oriented R-FW, but the V4 engine increases the diameter of 81 mm and includes pneumatic valves RS – GP Aprilia Aprilia released in 2015 MotoGP season. This action leads to another level on the bike, which already comes with race pack with carbon fiber parts, the Öhlins suspension, telemetry and control developed by Aprilia Racing and special instrumentation.

Users who want to do with one of these units will have to sign the purchase contract in the own factory in Noale, have accomplished information making the bike with images included, the right to a track day special with engineers Aprilia Racing, the possibility of acquiring a race suit to match the bike and of theoretical and practical training to get the game to the mountain. A very special model and we fear that we will not have an impact that should specifically be an Aprilia.