The new MV Agusta 2017 come in clear competition key, as well as the MV Agusta Turismo Veloce in finishing Lusso with saddlebags 30 litres, heated grips, with GPS Navigator and Sachs semi-active suspension will be have the Reparto Corse version.

The return of the Turismo Veloce road is version starring Corse (RC) benefit. For this limited 250 series, the “fast Tourer” is dressed with the colors of the Department of competition from manufacturer and race 37 number refers to the number of victory world champion title by the manufacturer. Without a doubt, is the feast of sharing MV Agusta Corse. After announcing the completion of limited series like its 675-800 F3, F4 and Brutale Dragster racing Department in the year 1000, the manufacturer of Varese continues to decline its range.

The cutting edge is adorned with a carbon fiber spoiler, while forged wheels are derived from those used in the RC F4. The bike is also equipped with a system of navigation from Garmin, two side bags of 30 liters, a center stand, adjustable bubble, heated grips and a cruise control. 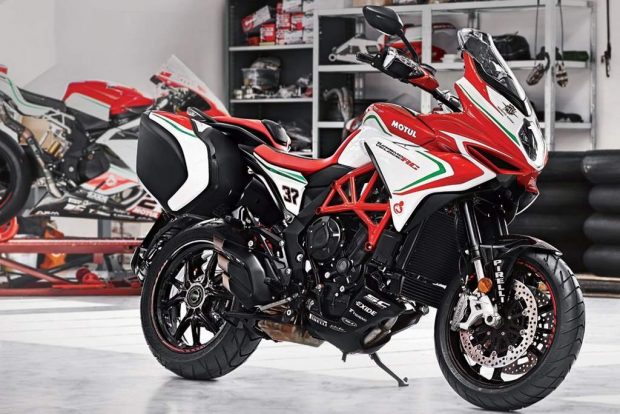 The MV Agusta Turismo Veloce RC is a limited edition of 250 units of an asphalt trail that the Spain will sell for 22,190 euros. The, you will see a preview at the EICMA 2016 show (8-13 November).
As you can see is the decoration in red and white with accents in green inserts and carbon fiber that characterizes the version. Chassis also examines red, backbone number 37 in honor of the world made by MV Agusta race and other logos of sponsors present on their machines and SBK world Superport.

No change in engine cc three-cylinder already compatible with 4 Euro 798, which gives the tourist RC 110 ch Veloce 10.150 revolutions per minute and 80 Nm to 7,100 towers. Given that its dry weight is 192 pounds and has a capacity of 21.5 liters tank, not bad to reach 230 km/h maximum speed with an average consumption of 5.8 litres per 100 km.
Like the rest of the range MV Agusta enjoy Ride-by-wire with 4 power cards, 8 levels of control traction, front double-disc brake with Brembo 320 mm, ABS Bosch 9 Plus with anti-stop-pie or swingarm in aluminum, among others. 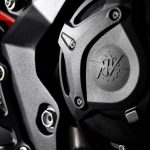 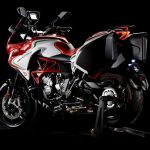 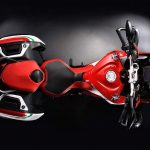 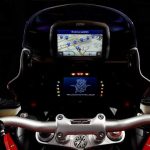 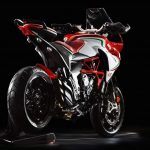 Too bad the bike does not have the new system patented by Bosch curve stability control, but if the racing bike that inspires neither version take…