The British manufacturer Scomadi won a place in the hearts of those who Search scooters classic style and behavior. In the EICMA 2016 will again have a presence with Scomadi TL 400, so far as a prototype in the face of a possible production in 2018. However, the CEO of Peugeot Scooters Mr.Frédéric Fabre in July 7, confirmed the production of a new scooter on Mandeure (Doubs) in 2018. No more information about the official model or on your engine, but logic would dictate that if a new Satelis, mainly in 125 cm3. The latest evolution of the GT effect date of León on 2012, and competition in the GT segment grew with the release of Forza and Kymco Downtown and X-Town. 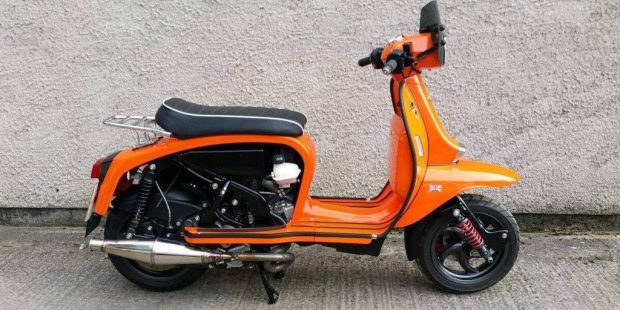 In first place, here is the communication official of Peugeot Scooters in this new model whose production should begin at Mandeure in 2018.

“This Thursday, 7 of July of, 2016, the address of Peugeot Motorcycles has met the Committee of company in session special to inform and consult on the allocation of a new vehicle for the plant industrial Mandeure.” The studies by Peugeot Scooters teams have confirmed the profitability of a project of production of vehicles in Mandeure is scheduled to begin in 2018. ”
Scomadi is already working on a Moto Morini 400cc engine that will be the basis of the new model, which has yet to undergo a development process to meet the Euro 4 standards. It is definitely a good news for those who love the city with great power scooters.