The famous Italian designer Zagato joins Venture MV Agusta firm to present a special prototype sports motorcycles. There are some days in his MV Agusta had different social networks, a sign that announces the arrival of any new single next a large “Z” for Zagato model. 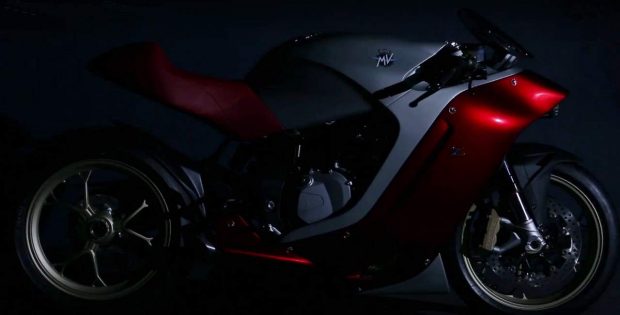 Although stumbled, MV Agusta is still fighting in the area of marketing for Ducati, because it has been shown as an effective way to sell bikes sport to be said, if not with his Aprilia RSV4 sold. Now, the manufacturer of Varese Announces presentation on September 4, motorcycle sport prototype jointly developed with Zagato.

The official presentation will take place on September 4. However, we have learned exclusively, and a source close to the constancy of which this model is based on the stunning MV Agusta F4-Series supercar.

Exclusive information that says a lot about the future of the Italian firm, including side of the design of future models. The stroke of pen-the Italian designer has little to show, if not to dazzle us and this is what he can do it again with this F4 basic preparation.
In the second advance of the prototype are already showing their contours with a design that are not for everyone.
People who also love cars, they will know coach builder Zagato is a deemed noted for the Italian personality that prints to their prototypes, some of them, even to the production. It will be difficult in this case because its wheels of magnesium components.

What is clear is that MV Agusta will die with his boots in their quest for a real market for survival in these times where the sport bikes are less and less in the streets knowing created super-nu and trail.