The fever for throwing sport over 200hp bikes still active and the last has been infected is Norton. The British company has signed an agreement with the British Government to revive the bicycle industry in the United Kingdom and part of the money will go to develop the new Norton V4. 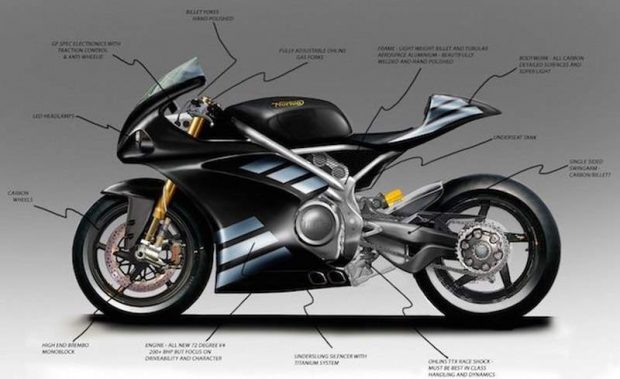 It is a new model line of Superbike on the Ducati Panigale 1299 as, which will be premiered at the NEC motorcycle live November in the United Kingdom. Production will be limited to 200 units manufactured by hand and hit the market in 2017. Already orders are accepted.

The design of the new sport, which is not yet the final name is inspired by the myths of British engine Aston Martin, with a carbon fiber fairing online seen in the SG3 mark already in competition in the Tourist Trophy. The engine is a V4 from 1200 cc to 72 degrees will give more than 200 HP, with emphasis on the handling on the sheer power. 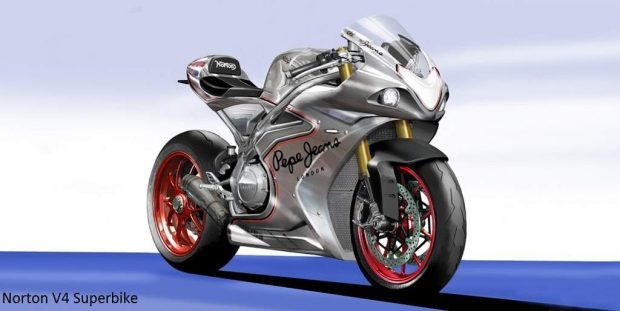 Other details of the bike are an aluminum chassis, exhaust tube electronic integrated in the fiber of wheels of keel in carbon, Öhlins suspension of latest-generation brakes Brembo, swingarm simple aluminium, LED lighting, and derived from competition with at least anti-wheelie and traction control.

Since Norton returned to activity in 2009, it has been in the mind of the CEO Stuart Garner produce a motorcycle sport at the forefront of Norton. But why should first establish a reasonable allocation of its Commando models and the necessary funding to examine it first.

It seems that the time has come and it is now only waiting to reprise a role that Norton had in the production of motorcycles for many years.