After having conquered the Moto3 world very clearly in the past, KTM has seen higher of the 2017 season. The Austrian manufacturer not only his debut Official MotoGP next year, also has a formal structure Moto2 two bikes, one waits to Brad Binder. 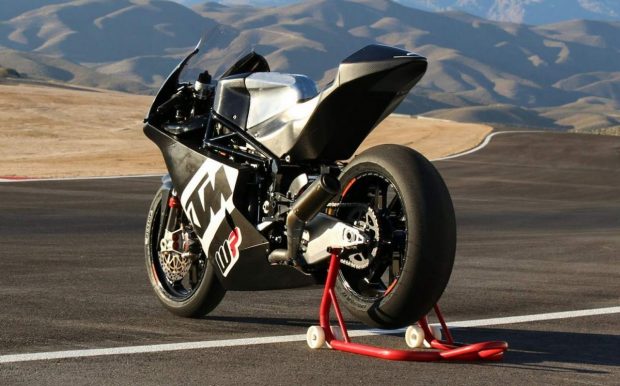 Ajo Motorsport will be the team to support these two bikes with engine Honda CBR600RR as regulations require, but with its own chassis and suspension developed by KTM WP. This bike testers are being Ricky Cardús and Julian Simon. To go fast with it, Simon might be the occupant of the second seat of the Moto2 will be the challenge to compete with the dominant Kalex.

KTM also confirmed that Mika Kallio will be the pilot in charge of the baptism of fire during the RC16 KTM GP Valencia MotoGP 2016. The Finns will be price after a long season.

Thus, the role of KTM in the motorcycle world has only from Honda. The manufacturer of Mattighofen is the supplier of the Red Bull Rookies Cup bikes, is the largest manufacturer of Moto3 titles in 2012, 2013 and 2014, has now reached Moto2 to shake a drink ‘cuasimonomarca’ and with the ambition of MotoGP as seventh factory team.

Of course, the Red Bull Rookies Cup drivers know that if they do well with KTM at every step of the way to direct elevator to MotoGP with several floors.