Without dynamic, but with aesthetic changes black protagonist, the characteristics of the BMW R 1200 GS Adventure Triple Black:

Cover of the tank of fuel, door of the magazine of storage and the fender front in Blackstorm with panels side metal of the tank of fuel in it slate dark metallic will give start the tone of them Bavarian trace. With this color, the GS Adventure is even more impressive and suddenly bug seduce many fans. Fans who also found around a redesigned engine block to comply with Euro 4, like other R 1200 GS in another place.

The BMW R 1200 GS Adventure “Triple black” will be available at dealerships starting from August at aprox price of €17585. 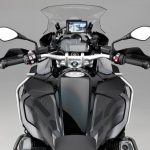 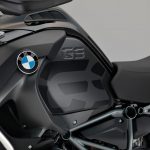 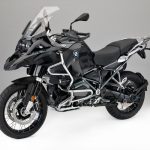 I hope you got some new about the BMW R 1200 GS Adventure Triple Black 2017. Now place the comment in the box bellow.