After years of dormancy Norton continues to give good news to the fans. After admiring its performance in the Tourist Trophy in recent years with Norton SG3 and surprise with the new Norton Domiracer in 2015, they presented a new model.

It is the Norton Dominator, essentially approved for the Norton Domiracer road that has reached the market in 2016 at a prohibitive price outside the United Kingdom, 41,990 euro Version.

This task of retro cafe racer by the same as the version different circuit. Thus, a part of the engine of a Commando 961 (parallel twin 80 HP at 6,500 rpm and 90 Nm at 5200 rpm) with box 5 speed for him give a design remarkable, with elements of carbon in the dome, front fender, panels and side. Pollack 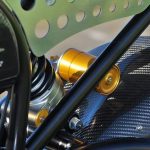 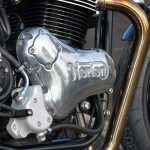 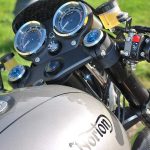 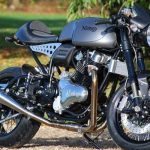 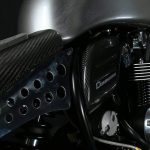 The chassis includes Öhlins fully adjustable suspension (43mm front fork and rear TTX 36) and monobloc Brembo high performance, well above what is needed on the mechanics of the paper. It is therefore one of the retro bikes the most spectacular last batch, but only selected.

In addition to top it off, there are options like the rims in carbon fiber, aluminum, special leaks or additional chrome elements tank.