The introduction of the new Euro 4 emission standards will present many manufacturers of style and force retro models to renew their classic motorcycles engines. For example, we have the Kawasaki W800, a model that won’t survive in Europe for this approval, what is the reason for which you just load Kawasaki W800 final Edition. The price will be about 9,000 euros. 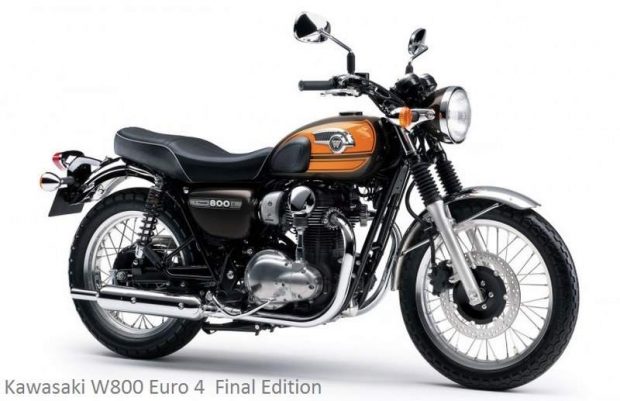 In 1966, the first W1 was launched with an engine four-stroke, 650 cc and 50 c. In 1998, the formula has been renewed with the W650 and in 2011 has been updated with a W800 which leaves us now.
This special version comes with new colors, namely Candy Brown or Sunset Orange, it is nothing new to bring to the mouth in a model fully amortized by Kawasaki.

Morihiro Ikoma, Director of Kawasaki Motors Europe: it is never easy to say goodbye to an old friend, in particular an icon like the W800. The tribute to the series W with this Final Edition is an end really suitable for a long and successful series. 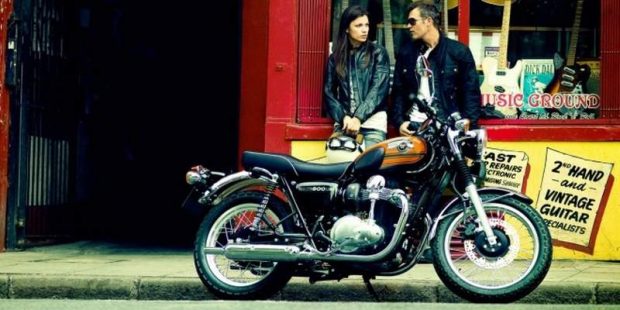 Like the rest of Kawasaki W800, the final edition has an air of the engine cooled parallel twin 773 cc, 48 HP at 6,500 revolutions per minute and 60 Nm of torque at 2500 RPM. It is therefore compatible with the card A2 motorcycle, the only concession to engine fuel injection of modernity for emissions reasons, now they bury this beautiful bike. Although he holds a drum brake at the rear condemning its dynamics.

Kawasaki is expected to launch in the near future a new model of the retro aesthetic, but modernized with dynamic as it did for example with their new Triumph Boneville.