From 19 to 21 March Osaka organized his motorcycle 32th show. The opportunity to publicize a little preparation in SV650 base that pays homage to the meeting of the 70 car Suzuki… 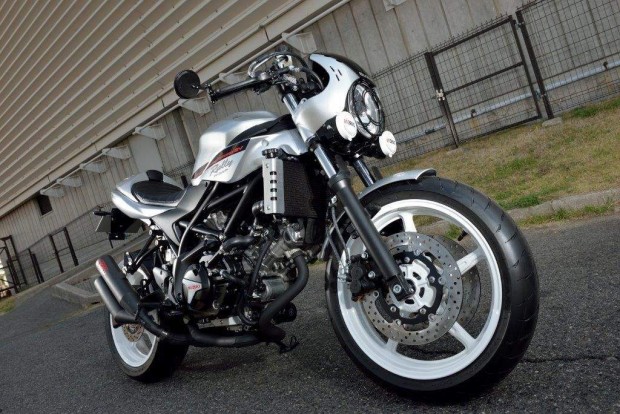 In 2016, the brave Suzuki SV650 was revised in depth. And if it’s a safe bet that manages to seduce young permissions or cyclists on the back, with their many advantages, some will be drawn to the Japanese roadster because that will leave easily prepare. 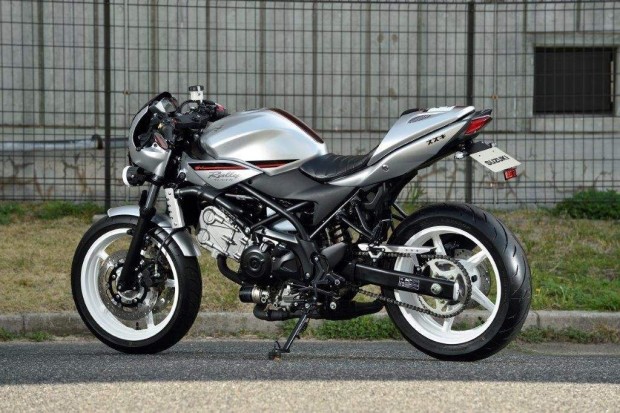 As proof of this, Hamamatsu firm profited from the 32nd edition of the Osaka motorcycle show to present its Suzuki SV650 Rally Concept. On the basis of the new SV650, this version “Rally Concept” would like to congratulate the cars of the meeting of the 70 if at first sight, it is far from apparent, this is especially noted on the addition of a couple of long range lighthouse. 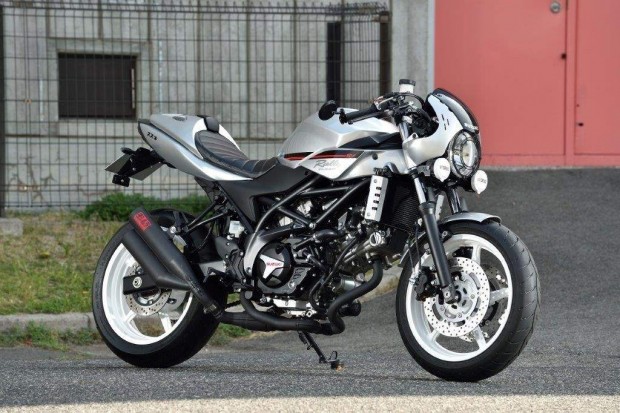 Moreover, she inherits a predominantly grey and some accessories like a small windscreen, headlight grille, a hood, a support plate, LED flashing, then mirrors handlebar, saddle with special dressing – Recalling the upholstery of the seats of the cars – some bracelets of aluminum fender front handlebars, air intakes side small and Finally, full Yoshimura signed a line. Seductive isn’t?