The XJR1300 is back in the center of the stage and returns as the star of the Sport Heritage range.” After twenty evolution years, this icon back into shape than ever. Developed by the largest inline four cylinder of air cool the market, which imposes respect. 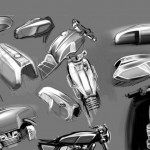 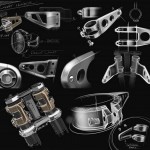 In terms of style, we have inspired in the period from late 70s early 80s with clean, simple lines and authentic materials “comments designer Stephane ZACHE.” The XJR 1300 also has tapped into the DNA of racing bikes with a long, narrow tank, a contoured seat and drilled ventilation holes number plates… I had also thought about the possibilities of customization and the XJR is a build easier.

“We have decided to pay tribute to the past by making a version that puts the highest possible engine values,” added his colleague Naoki Koike that “In the history of the bike, the Japanese four-cylinder is a true icon and one of the XJR is, probably, which stayed in production longer. It has now grown to 1300 cm3 after being born in the year 1200 in the 90 and the prototype had the FJ 1200, yes appeared in the year 1100 cm3 in 1984. Our factory and produced this engine for three decades.”

“Style vintage and retro touches everything around us now, car makers and riders constantly following new models this trend”, says the Manager of product planning Oliver Grill. Added that “We with the new XJR, have a completely authentic machine, a large group of hardcore fans which remained in production for many years and this large four-cylinder air cooled focused.” A smile lights up “I myself have one and I love this engine block. Today we see more and more people interested in this style simple and unadorned and the XJR is one of only four surviving air cooled cylinders “. 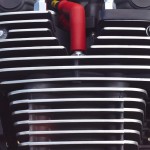 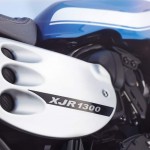 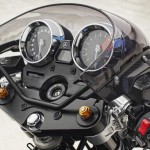 “The deposit is unique and iconic to the baseline which fits in and is interrupted by the configuration of the machine.” This is beneficial for handling and also allows the driver to see to its engine, which today as narrow as possible on his knees with very special characteristic “.

“In general, we have eliminated most of the plastic parts. Loop rear frame and the back of the machine are shortened and more minimalist. The number of plates in the style of the race more pure and more tightly around the frame is aluminum and the Lighthouse is more compact. We have paid great attention to details, such as the support plates of the lighthouse which is a part very technical and very well made. On a motorcycle are all details that makes the difference.”

Oliver explains his thoughts “our designers were mainly intended to give greatest importance to this great engine and exacerbate the masculine side of this bike. Bet won, the XJR is a real motorcycle! ”

As joins us designer Chief Yoshiro Shimizu and said “to increase the volume of the engine, have made many drawings for it. As you know, they make us generally instead of drawings on the side and three quarters. We are relentless in the pursuit of the ideal way of well container so that the power of the mechanical feels. In fact all forms of dress to emphasize the mechanical elements were defined. 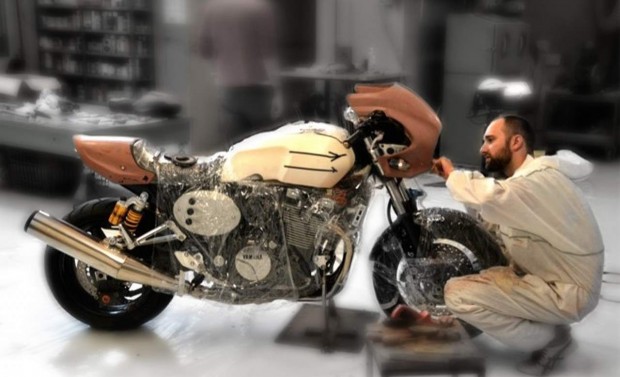 According to Oliver” Due to its simplicity the XJR is a super customized machine. Already offer many accessories for her and, especially, to change the driving position. We have three different catalogue handlebars to give you the possibility to choose between three driving positions, each corresponding to a particular style and feel “.

What are these positions?

The bracelets come handlebar’s origin in the Racer XJR 1300 version also differs from the norm by the XJR:

“For me, the XJR belongs to the vintage 80s Superbike stage and we have developed our style of studies in this direction,” Stéphane said. “The Yamaha XJR is actually closer to a Superbike 60s and 80s  as a broker of coffee.”

Oliver gives more attention to explain: “the XJR offers this unique combination of cooled air motor with modern technology elements, such as the suspension fuel injection and frame. It has this classic pair while the flexibility of the large four-cylinder air cooled while flying as a modern bike. None of the surface, this is a true motorcycle with a real character “. 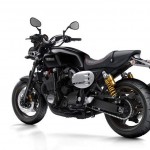 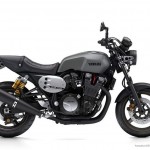 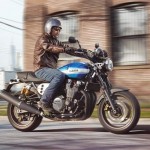 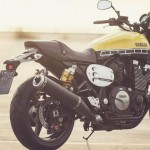