With a low enough profile and project a realistic message appears Aprilia in MotoGP for 2016 season probably GP Aprilia RS-16 will be one of the bikes with more personality barbecue maintain their company flag of the Italy colors, although this implies major sponsors and what appears on the Shroud is the logo of the Piaggio Group. 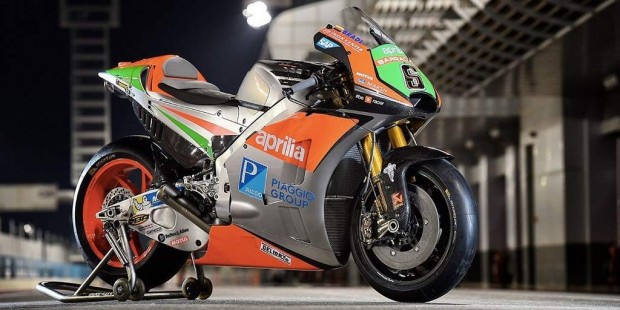 The rest base team Gresini, but with resources and Noale factory Aprilia Racing available. The bike was guilty of lack of the year last power and be reminiscent of the Aprilia RSV4 R World Superbike on the side of the chassis. Now, they start by the same rules as the rest, although this is a project that will need time to fight with the top 10 in every weekend. 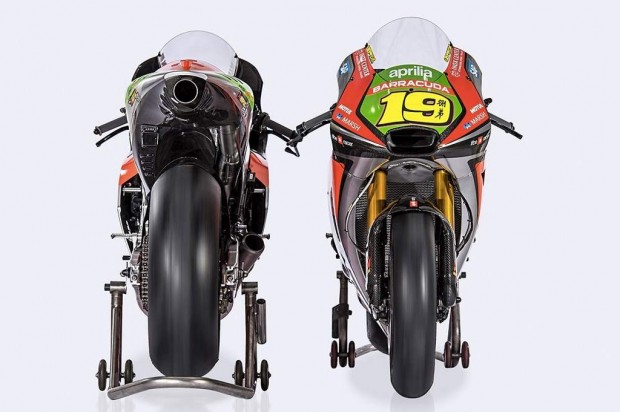 According to Bautista, “This season will be a new challenge, my second year with Aprilia. We will be able to count on our experience of 2015. We start from zero, but in any case we need to develop a new bike. I think that Aprilia has clear ideas of what awaits them this season. In any case, it will be a great challenge because we need to work hard the racing weekend as we have very little evidence. We need to be good as a priority. To be honest, it would be good to start to be competitive mid-season. It is difficult to predict today, because there are a lot of things that need to be resolved, but I’m confident because in the winter break Aprilia has done a great job with data from 2015. I want to have a good season, return to fight for the top positions, but not I do illusions. With patience, to work hard and sacrifice that we can.”