The ambitious Racing Leopard Team unveiled its new colors for the 2016 at a presentation of his line-up at the castle of Gallano Valtopina, Italy. Joan Miró, Fabio Quartararo and Andrea Locatelli will have the difficult task of succeeding Champion Danny Kent in the handlebars Moto3 KTM this time, while English goes into Moto2 always with the team Leopard-accompanied by its 2015 Dolphin Miguel Oliveira: 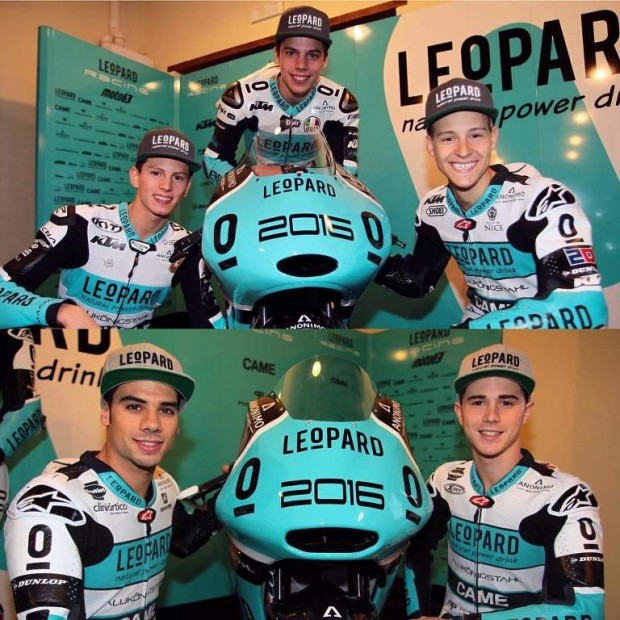 “After triumphs in rally I needed a new motivation, endurance and Formula 1. There is one year, Flavio the team owner Becca, asked me to follow him in this adventure. We looked at the world and, thanks to our professionalism; we managed to win the world title at the last race. This year will be more difficult, because we will be the team to beat and all eyes will follow. We also have a double challenge in front of us as we move from Honda KTM and we start in Moto2. While having experience with the people like Christian Lundberg and Stefan Kiefer, we will do our best to get the best results in 2016, already knowing that it will be a difficult season. ”

According to Miro “I was very happy with my debut on the new bike and my new team at Phillip Island and everything was fine. This year we have a completely different bike and in every race we will fight. My goal is to learn and progress.”
Fabio Quartararo:
“I am very happy to work with this team because they did a great job last year. I’m fine with the team and I will do my best throughout the season. In each race I will fight for the title. I would like to say thank to all those who support me always. ” 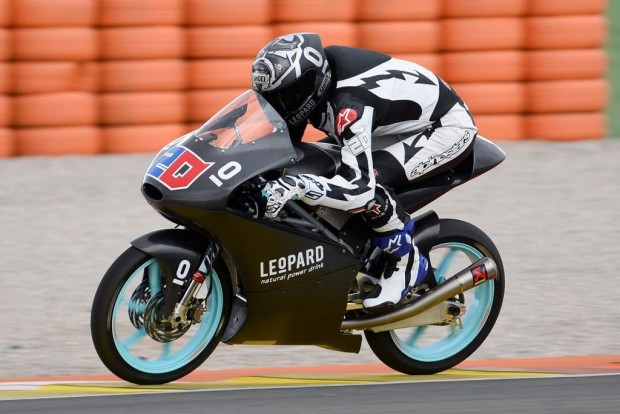 “It’s a season which will be very important for me, it will be my third Grand Prix and I think this is the ideal team to show my true potential. Last year it is the team which have won the championship last year, I have every confidence and I am anxious that their season starts. ”

“I was looking forward to this season, especially since I’m in Moto2 with the team with which I won the Championship Moto3. We’ve done some tests and have been very positive. I already had a year in Moto2 with Tech 3 in 2013, but I think we will be in a position much better this time. I have a great team and a great bike. I’m really excited about it. ”

Miguel Said “To have a little competition within the team it’s always good, especially with a reference, like Danny, for the strength to grow even faster throughout the season. You obviously have a fast teammate means that I will push you to go faster and I will push as well. This is my first season in the category, I keep an open mind because I have to learn a lot and I have to watch the other racers. ” 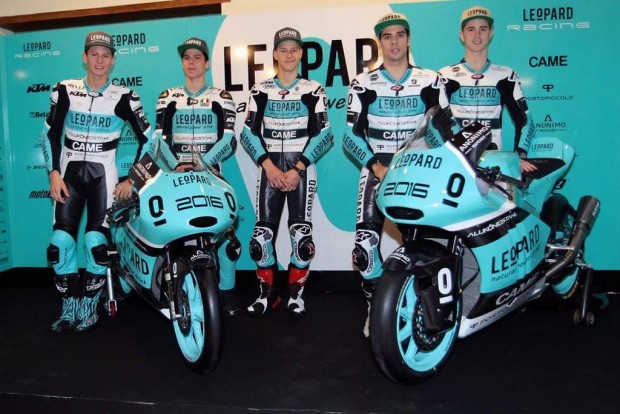