With better or worse, no one doubts that Honda is the most important in the current team World Championship. This position has been won over the years, but this was not always the case. Japanese manufacturers Moto took a while to get into the world and, in the case of Honda it took a decade to decide to make the transition to elite competition. 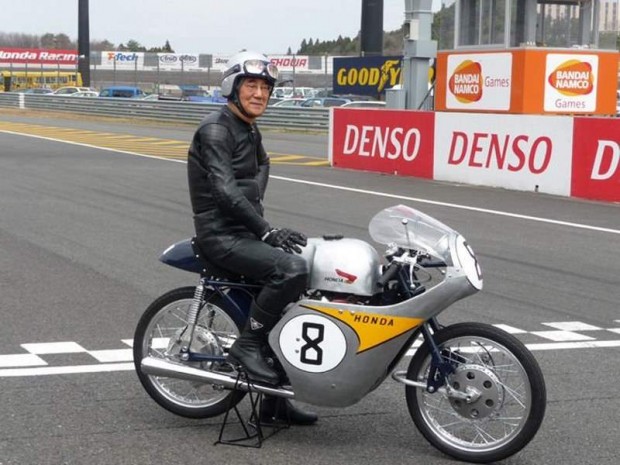 It was in 1959 Tourist Trophy with Honda RC142 illustrate these lines. The bike was restored in 50° anniversary of the Honda worldwide and has since become an active part of the brand’s display. Honda has attended the Isle of Man with a team of three bikes and riders Naomi Taniguchi, Suzuki and Giichi Junzo Suzuki. Honda RC142 in question was a 125 cc twin cylinder air cooled four and the times and getting 18 HP at 13000 RPM. Other important elements of their frames were her 6 speed gearbox, drum brakes on both axles or tight 18 inch wheels. The bike weighed just 87 pounds, reliable weapon for the young Japanese drivers,

Although Honda still had developing ahead to fight for the victory. Taniguchi was the top-ranked in its class, sixth at an average speed of 109 km/h. Far from 119.2 kilometers per hour half of the MV Agusta to Tarquinio Provini or 116.2 km/h on the Ducati Mike Hailwood. Honda still managed win the constructors ‘ title at the end of the race, the three drivers, a good yardstick for how much

It was to come the rest is history: