BMW moving to the laser lighting technology of its cars to the world by motorcycle, BMW K 1600 GLT presenting a concept specifically with laser light at launched the Consumer Electronics Show CES 2016 in Las Vegas. The advantages of this type of lighting focus on generating a pure white light and durability for its compact, robust and maintenance-free construction. But its biggest advantage is another: to improve safety for motorists when driving at night or in low light conditions. Thanks to the laser, the beam has a range of 600 meters, twice that of conventional lights and is much more accurate.

Well, here we are recent examples of this reality. BMW has, CES 2016, laser light for motorcycles and a helmet with a head-up display, which you talked about yesterday. Both technologies are included in the BMW Motor Corp. Connected Ride strategy. 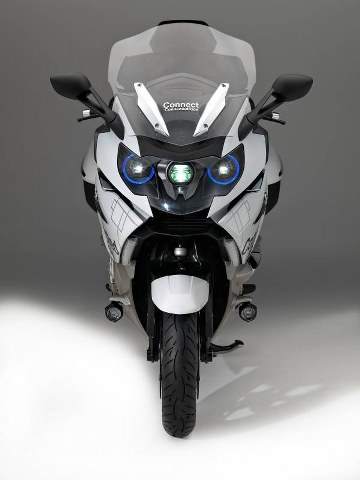 There are few technologies that are released in the motorcycle industry like it is a clean, whiter and with a range of 600 meters Light, double than conventional lights. Fewer units sold than cars and high-end is considered almost a luxury available to few. It is always harder to develop the technology to a small vehicle, as it involves making them lighter and more compact, affordable products, however, it is not easy.

In addition, whom he prefers the agility of a scooter to get around the city just to give priority to the price, so it is clear that the producers put their effort and investment to launch saleable products. We are pleased to know that these technologies will ultimately also comes to the world of two wheels, as it came with ABS, stability control or ESP, the launch control, the anti-wheeler and the anti stop pie…

BMW Motor comp. have always been marked by a series of motorcycles equipped with the latest technology and very sensitive to the issue of lighting. In recent years, to exploit synergies with BMW cars, we have seen how it has incorporated headlamps adapted to run curves, and LED daytime running lights and dynamic light for brake lights. 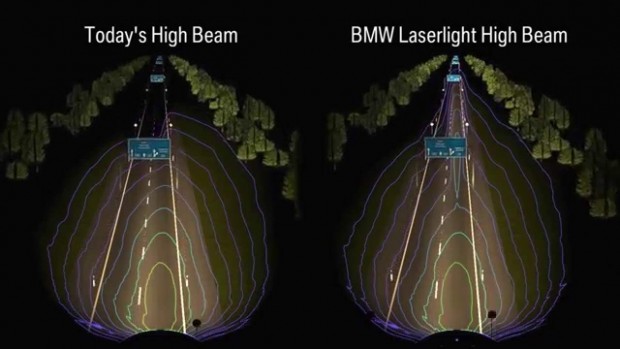 Today goes a step further with the introduction of the BMW K 1600 GTL bike its concept laser light, an innovative technology that equips the new BMW 7-series and the BMW i8. For now it is testing the new headlights-we hope for a future that is not very lejano-can be introduced into its range.

At the moment, on the side of Las Vegas (USA), it is the effervescence. Indeed, it takes place currently the largest global event devoted to high-tech, Consumer Electronic Show or these for the intimate… 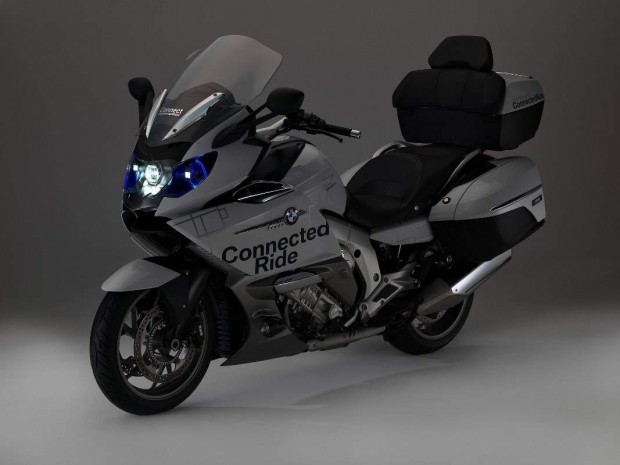 On this occasion, the BMW motorbike branch has unveiled two projects on which engineers are currently working. The first concerns the night vision and takes place on a BMW K 1600 GTL ConnectedRide. This concept therefore receives the first lighting laser mounted on a motorcycle. A confidential device that begins to democratize in the world of automobiles (BMW i8, Audi R8…). After the firm to the propeller this light allows to see more than 600 meters! When we know that the scope is only 150 meters with bulbs halogen and 220 meters with Xenon headlights, night walks will take a new dimension with this new device… If ever he came to be offered in series, or rather optional.

The second project involves a helmet equipped with a high head vision system. If this system is already present in modern automobiles for motorcycle, we are in the infancy. This new system called BMW Motorrad System 6 EVO Vision HUD, therefore allows the display of many parameters speed, report commitment data GPS via a translucent screen arranged in the helmet before the right eye.

However! Hope so, it will prove a strong step from BMW!