Always on the Euro Speedway in Germany, and after making contact from the Suzuki GSX-R750 1985 Davidm4 attacks the GSX-R 1992, the third generation and the first liquid-cooled 1992.

The German weather does not really being settled, we still have only allowed a small handshake on the Lausitz Ring with the first liquid version of the sport of Hamamatsu: Suzuki GSX-R 1992 September years apart, what it gives to the handlebars? 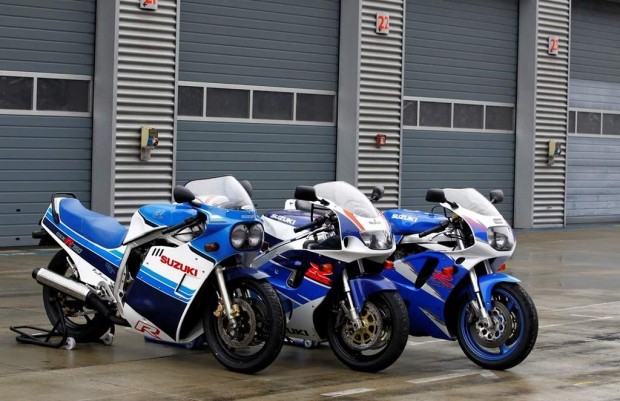 While the GSX-R 750 shone on the track, it was necessary to move forward to hold a competition increasingly fierce. And in order to improve reliability while increasing the performance level, the transition to liquid cooling was necessary.
Reluctant to start, Suzuki finally persuaded by the expectations of competitions teams, including the iconic SERT boss Dominique Méliand, which this year has once again led the GSX-R 1000 at the top by winning the world title to Endurance. 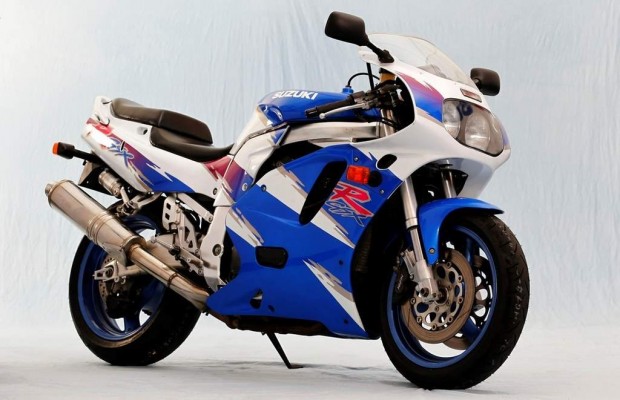 You should not put on weight?

Just down from the Suzuki GSX-R750 of 1985, I mounted the 1992: Perfect for comparing the position and ergonomics. The face of his crutch highlights the model’s weight gain: about 30 kg! The switch to cooling made damage! 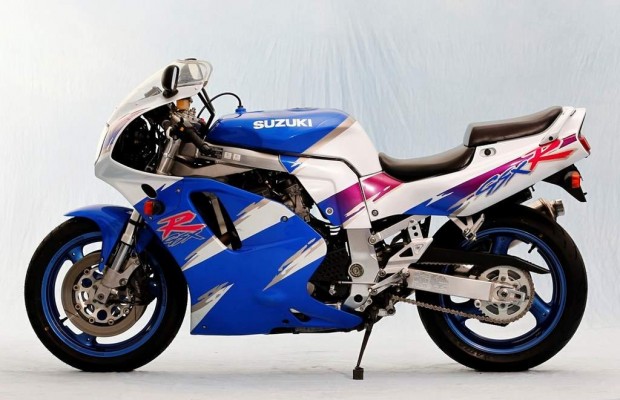 The seat height is 40mm high, and it shows because the legs are bent a little less but the position remains demanding. The seat is always comfortable, a good point, but the width at the crotch also increased. Side tank, it seems shorter because the sensation of lying on my motorcycle is less. Contact, red button and vroom. 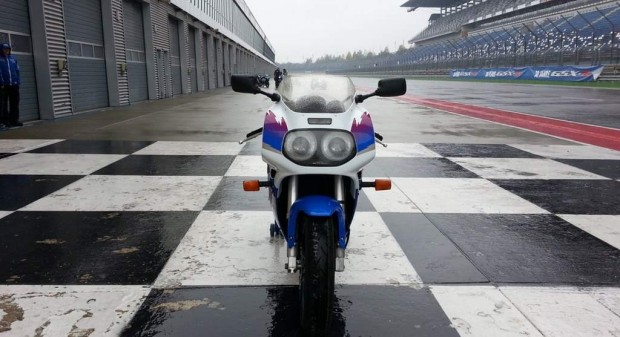 The benefits of water

The sound of the four-cylinder is more content, more muffled than the air / oil block, but the GSX-R still roared manfully! The ramp-up is more lively: surely it must be more sporty driving. Everything is softer side orders and the handling is improved through the adoption of 17-inch wheels.
Flexible, the engine helps to keep the net gas than its predecessor, and a few accelerations authorized by Suzuki suggest great things. Because if the weight is increased, also the power with a gain of 18 horses. 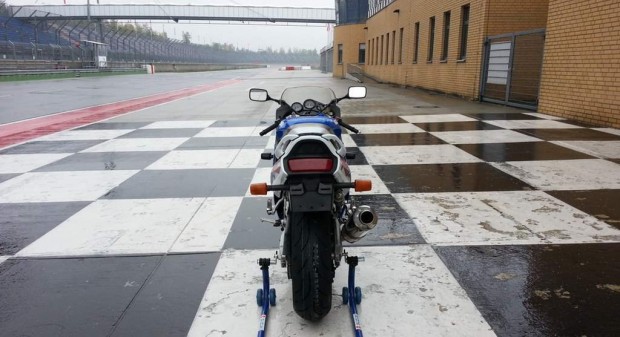 Brakes and suspensions have undoubtedly progressed. The cushioning of the inverted fork and shock absorber both adjustable constraint is well above the 1985 release As for the action of the right lever, the 4-piston calipers show themselves much more effective on 310 mm discs : reassuring! 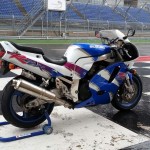 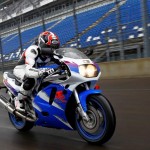 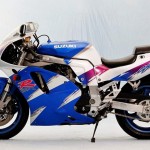 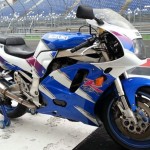 Still frustrated by this test, which is not one, however I have been able to feel the differences between the first GSX-R 750 85 and granddaughter of 1992. Ergonomics progresses, but the legacy of Mamie Gixxer is present and the water motor – despite some early career setbacks – has allowed Suzuki to open other perspectives on performance. To be continued in the next episode…