The most striking Kawasaki launch in 2015 has been the Kawasaki Ninja H2R with its turbocharged 326 hp engine just for the circuit. But the challenge facing the Japanese firm is to sell many Kawasaki Ninja H2, the street version is half the price and in line with many of its rivals. Therefore, in its 2016 edition will give you more own light, and it will come with a new color, Black Mirror Coated Spark. 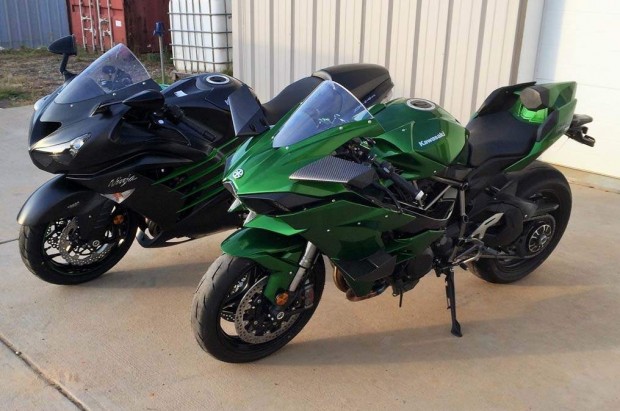 This new black finish with bright accents will be the only change to a sport that has been much talk in this 2015. In fact in the first promotional video of this new decor a tour of the first year of the bike is made. It has been pretty busy with its presentation at the Losail circuit in Qatar, its adaptations to drag racing, his coming-out in the Tourist Trophy or going to stop at the Nurburgring.

But most important of all is that some have already shown that for little money is able to overcome the H2R in performance. Excited to see this new color in action.