The end of June, we expect a slight increase market YTD, however, it is certainly nothing special, but look on the bright side: after several years of decline, overall the market stabilizes. Note also that the major European markets restart the price plane from the Great Britain, Germany, Italy, Spain and sometimes significantly by Suzuki. According to Suzuki ” we want to believe in an improvement of our market in the coming months that manufacturing and making important efforts in terms of new products, promotions, events and hospitality to win and satisfy customers. Our market is changing significantly, whether the client profile, they can find their ways to buy. We need to adapt more quickly.” 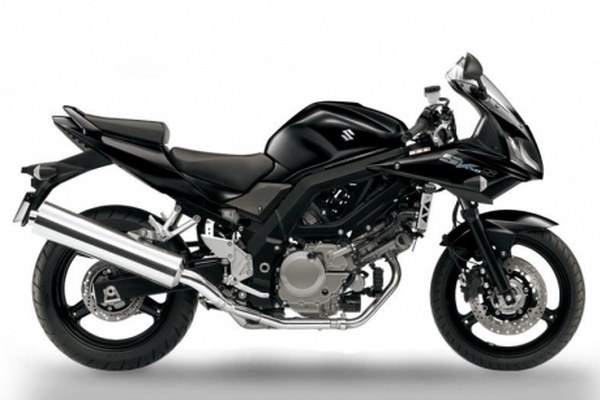 So, there are a few days, we received the new price plan from Suzuki. The opportunity to note the return in concessions SV650S, but also note that rates are rising from 100 to 200 € according to the models…

Ousted in late 2012 catalog of the manufacturer, Suzuki SV650S will offer a small return discreetly in 2015. Indeed, the small sport vigorous and sparkling returns in concessions to satisfy nostalgic hot V-Twin, but also make return those who have never been seduced by the Gladius. Suitable for A2 licenses, the SV650S 2015 will be available in a single color black and achangera against € 6,199 on sale for € 5,599 at present. This is € 300 cheaper than the Gladius!

Also, Suzuki has taken advantage of the entry in the fall to move its rates. For good surprises, some rates do not vary, for bad, the price increase ranges between 100 and 200 €. Small summary of the models for which the tariff has been revised upwards: