Although its two wheeler evolution leads stop since 2012, the range of the Suzuki GSX-R has been throughout its history one of the most changed the sport bike segment in the last 30 years. Unstoppable in the AMA Superbike and world resistance, the Suzuki GSX-R stands for control and reliability, attributes that take accompanying him since the first Suzuki GSX-R750 1985.

That first model had a new aluminum chassis with oversized tubes for rigidity that gave the bike a differential design. It was clearly designed to compete in the AMA, so its design for the competition made cut through street rivals. Yes, on the track the Honda VFR Interceptor was unbeatable for that first GSX-R. The ‘Suzi’ was not the most powerful with its 100 hp four-cylinder four-stroke engine and air-cooled 73 Nm of torque at 10,000 rpm, but the lighter with its curb weight of just 176 kilos. 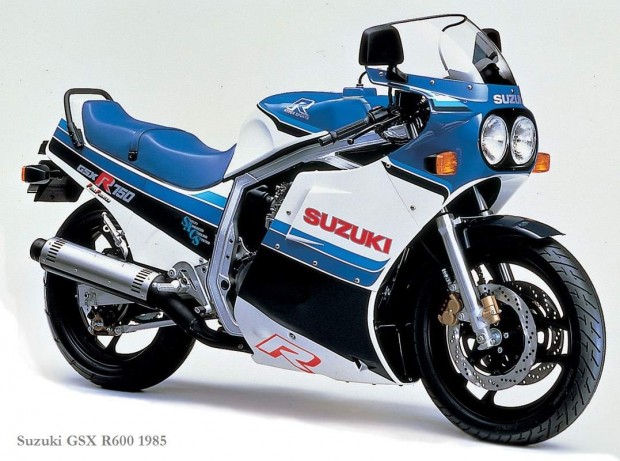 Contrary to what happens now except the 2015, the sports motorcycle segment was evolving, which explains the arrival one year after the GSX-R750 Limited Edition with improvements learned from the competition. As a front suspension, dry clutch, tires or review specific chassis. That same year came the GSX-R1100 version with 125 hp and did not have to wait long to see the second generation in 1988. The GSX-R750 that year came with slingshot type carburetors and an update on topics such as engine, chassis and fairing.

The pace of revisions was every year, much like what is currently in the off-road segment. So they arrived gradually engine updates, adjustable suspension fork inverted in 1990 or in 1991. 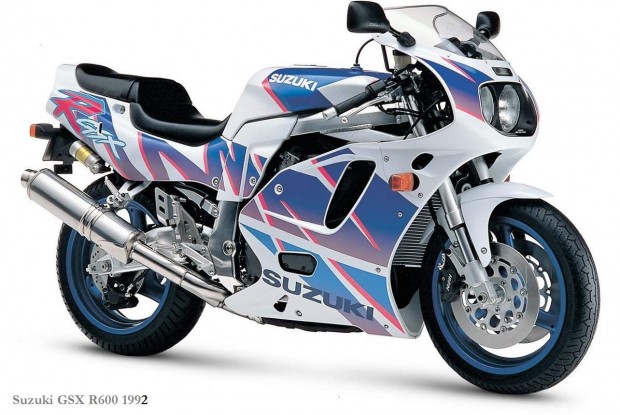 The family of the Suzuki GSX-R grew in 1992, when the Suzuki GSX-R600 arrived. Interestingly the Supersport came with the same 100 horsepower that the GSX-R unusual (albeit slightly less torque), although liquid-cooled and a current standards in terms sports bike settings. The GSX-R was already a sports reference, although it was another step to take to finally storm the heavens of the competition.

1996 was the year of momentum, a fifth generation model only 11 years that made her put on another level compared to its rivals. The 1996 Suzuki GSX-R750 abandoned the concept of the original chassis but without abandoning the aluminum to lighten the whole, in addition to introducing the DASS system Ram Air intake improved. The result: 128 hp and 179 kilos dry. A very competitive package further refined with fuel injection in 1998. All this resulted in a spectacular run in the AMA Superbike with Matt Mladin and Ben Spies of 10 titles in 11 years. 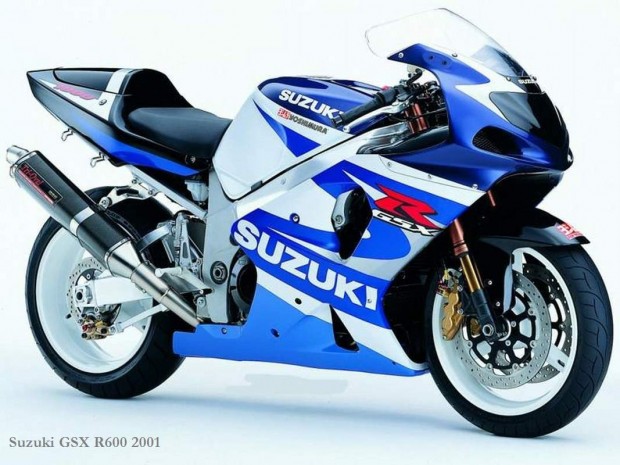 But they left to reach the other two jewels in the crown. Suzuki achieved in 2000 with the arrival of the new century create the GSX-R750 sixth generation. For many the best ‘seven and a half “of the range. His improvements were based on a construction of even lighter chassis only 166 kilos of dry weight, the SDTV fuel injection technology for the engine reached 140 hp and a tilting upgraded to better control.

In all the other jewelry, the first Suzuki GSX-R1000 Superbike 2001. liter won all properties agility views on the 600 and 750 benefited, but in this case with a 160 hp engine without exceeding 200 kilos of weight in running order. Although much has not shone in the world Superbike title with Troy Corser only in 2005, since its debut in the world of resistance in 2002 it has been 11 14 world with their official team. Synonymous with regularity and reliability. 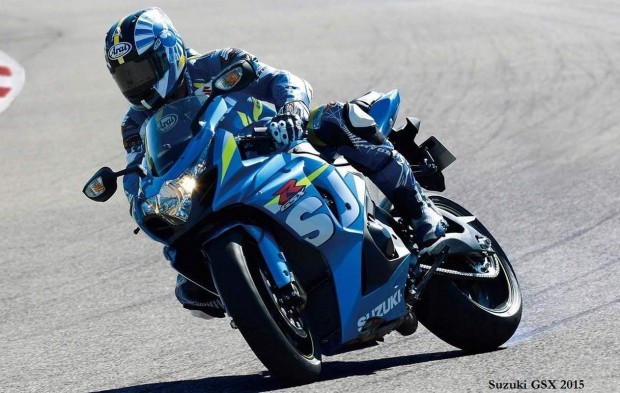 With the coming of the new century Suzuki has been refining its offer, with the S-DMS system introduced in 2007 with several driving modes most novel. As we say in recent years has tried to maintain its validity based decorative as the last MotoGP this 2015. Although still a very interesting, especially in the daily option special editions, you need that new thrust expect to see on your new generation.