Throughout its long history in the World Championship Honda have been very different concepts track bike accordance with the rules allowed. Especially in the early years, where regulations were not as strict as technical as now. A clear example of this was the 1966 Honda RC149 A motorcycle 125cc four-stroke inline five-cylinder and 8 speeds in change. 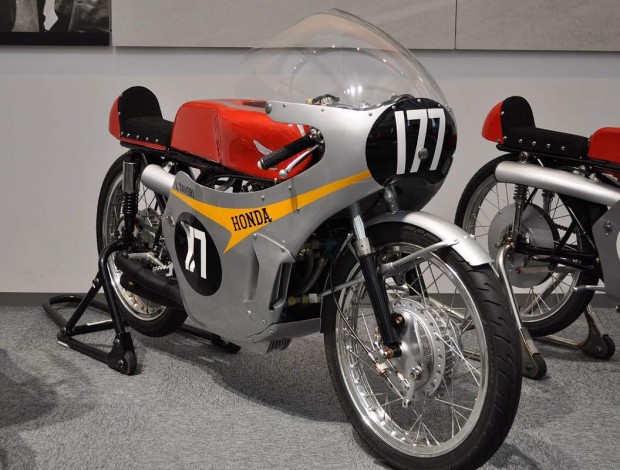 Honda won the constructors’ title and 125cc riders in 1966 with Luigi Taveri star in the RC149. That same year Honda also won in 250 and 350 cc with Mike Hailwood in the quarter-liter with a six-cylinder RC166

The model in question was an evolution of the Honda RC148 which had been introduced but not title the previous year. The Honda RC149 yielded 34 hp at 20,500 rpm, with a really small margin utilization as it was only useful from 17,000 rpm. The result was a machine that was always on the edge, on the verge of breaking engine each time but with a sleek, compact design. 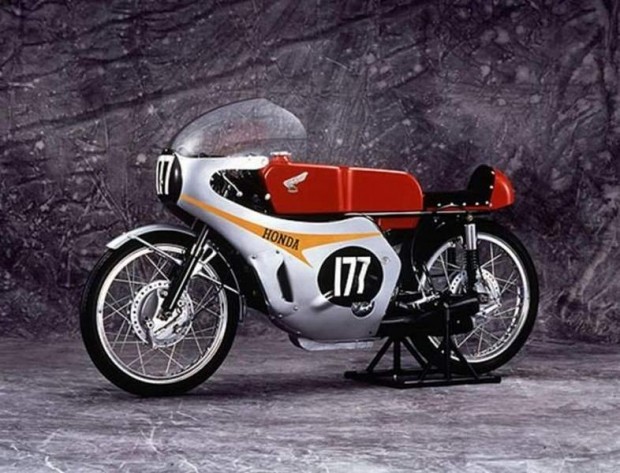 Although the power may seem little, and served to give a top speed of 210 km / h so tight and it would weigh only 85 kilos content. Certainly it has nothing to do in terms of performance with Moto3 now, but you just have to hear it and see it in motion to realize that it is a special competition bike. Currently the four-stroke Moto3 rotate up to 14,000 rpm, with 55 horsepower and a top that passes the 230 km/h.

In late 1967 the FIM banned racing engines with more than four cylinders, which coincided with the departure of Honda world for a whole decade with the subject only 500 cc pending.

But that’s another story.