Like its cousin Indian, Victory conducts an update of its range for 2016. But no major bouleversement either since only the arrival of new colors is noteworthy…Under the giant cup Polaris, Victory Indian and adds some new colors to their existing models in the catalog. As we have already shown what happens Indian side, it was the Victory tour to show us what you can expect in concessions for 2016. Follow the guide … 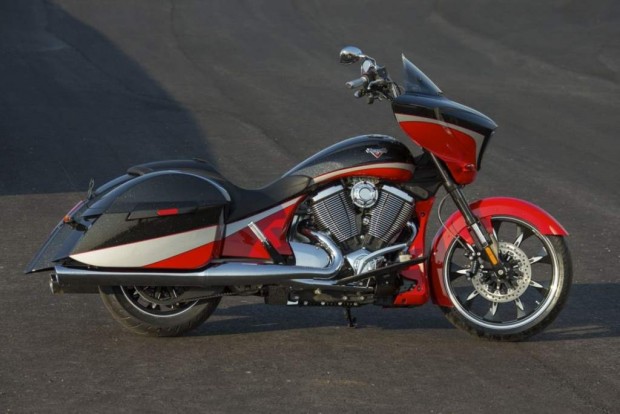 In the Cruiser range, in addition to all receive standard ABS, the Vegas 8-Ball Vegas show and the biggest news of the year with a new round headlight, a painted body color frame and a front wheel more large diameter 21 inches. Side colors the Vegas 8-Ball comes in glossy black and Vegas Sunset Red. Regarding the Victory Gunner 2016, it will be available in two shades: a baptized Sagebrush Green Suede Metallic Green or gray Titanium Metallic Suede. 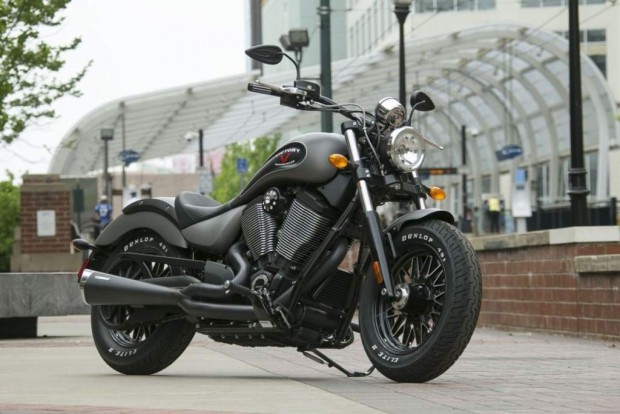 For 2016, the side of the Victory Judge, is threaded a sports dress. The bike dons a biton and Sunset Red paint and “Black Rally Stripes decorated with a” 106 “- covering the” Cubic Inches “from its V-Twin – on the side covers. Also, Victory Hammer S unveils its new black color with “Red Rally Stripes”, while his sister, the Hammer 8-Ball, Black returns to complete in 2016. 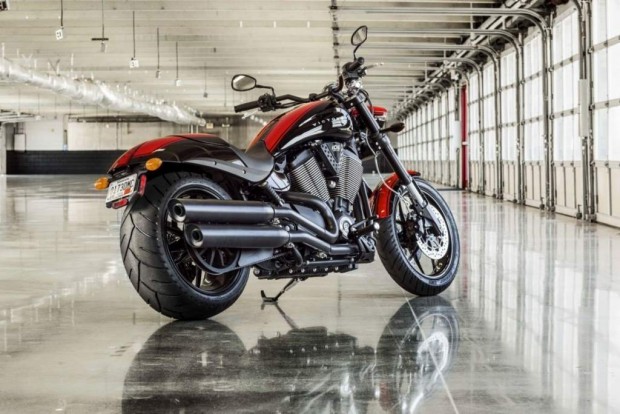 Bagger radius as there are some changes … On the Victory Magnum, two of the three colors available in 2016 are new: The Black Crystal and Havasu Red and the Black and Pearl White Suede. Concerning the Victory Cross Country, in addition to enjoy the standard ABS and standard cruise control, it will be available in “Havasu Red Pearl”. 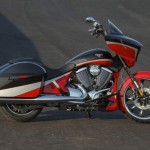 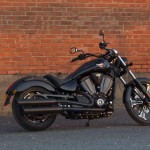 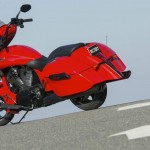 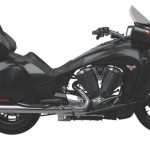 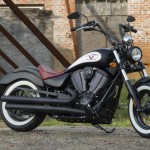