Honda Manufacturer Corp. as it continues to improve its models of low engine displacement for the succulent Asian market. While in Europe he reformed the Honda CB125F as more palpable movement in the segment now Honda China launches the CB190R 2015 Honda with the Honda CBF190R which has the same design and various colors.
Blogosphere universe appearance of a motor sport berkelir Repsol Honda who was considered CB190R. Therefore, for now we just call it the motor with Honda CB190R. 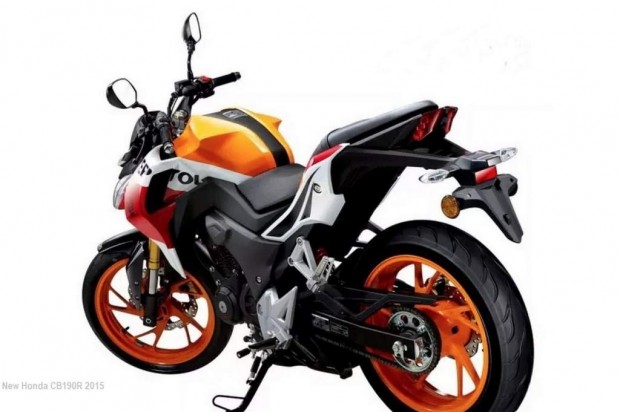 Some observers argued that the display of the automotive world of the naked bike Honda in Thailand is quite okay and grange. Well, could it be that the CB190R have a correlation with the successor to the Honda Tiger?
For the moment I don’t want to speculate further that way, but we should discuss it first on part that is interesting enough to be material to the discussion. 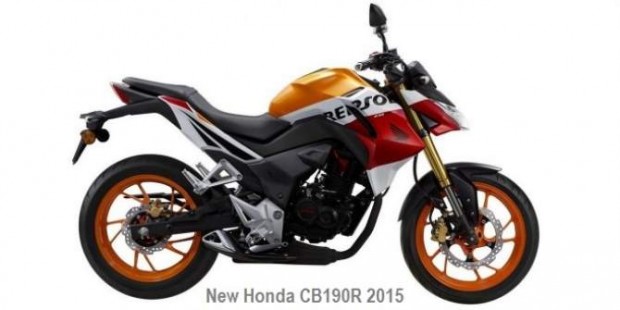 Yup, part handlebars. Why precisely addresses the handlebars? Just check out its further description.
Although bridging the gap, the Honda CB190R baby of the design of the Honda CB1000R and you see the seams in view of bike low cost only by details such as optics, exhaust or swingarm design. This naked equipped with a particular engine single cylinder four-stroke air-cooled 184 cc and PGM-FI electronic fuel injection. Yields 16 HP at 8,000 rpm, 15 Nm of torque at 7,000 rpm and is associated with a 5-speed gearbox. A major evolution regarding other models around 150 cc.

It is a quite advanced bike for the market to which it is addressed. The rims are 17 inch and the rear tire has a width of 140 mm, so it is not exactly toy. It is also equipped with disc brakes on both axles, upside-down Telescopic fork, instrumentation LCD and full LED lighting box. And the appeal of having the colors of MotoGP in its range.