Fever by launching more than 200 Horsepower sport bikes is still active and the last one that seems to have infected is Norton. The British firm has just come to an agreement with the British Government to relaunch the motorcycle in the United Kingdom industry and it seems that some of that money will go to develop a Superbike in the lineup of models such as the Ducati 1299 Panigale. In fact Chief Designer of Norton, Simon Skinner, has published the first sketches of the bike and juicy technical details of what are intended to be. 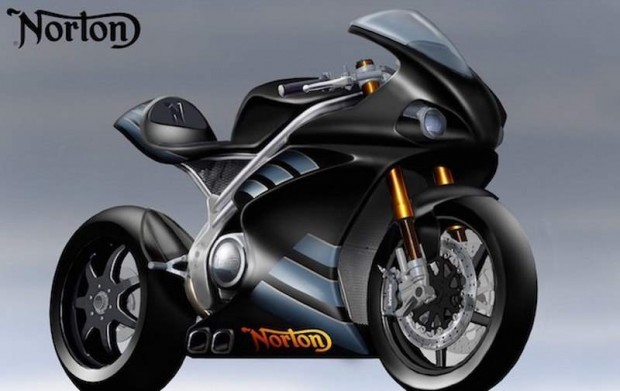 The design of the new sport, which still has no name, will inspire in myths of British motor as Aston Martin, with a fairing of carbon fiber on the line of the one seen in the SG3 of the brand that already competes in the Tourist Trophy. The engine will be a 1,200 cc 72-degree V4 that will yield more than 200 HP, putting the manageability focus above the pure power.

Other anticipated details of the bike are a tubular aluminum chassis, exhaust system integrated in keel, carbon fiber rims, Ohlins suspensions of last generation, Brembo brakes, single swingarm aluminium, LED lighting and electronics for the competition with at least anti-wheelie and traction control. 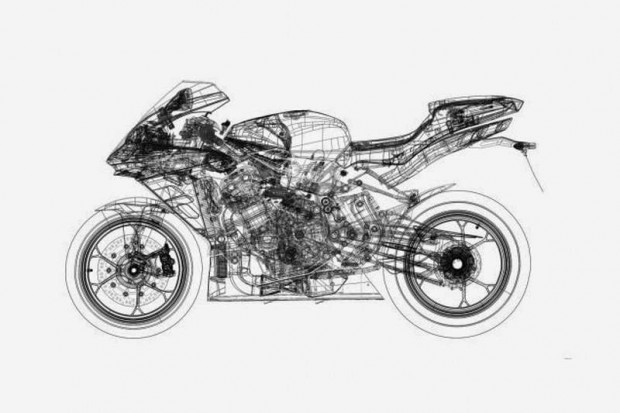 Since Norton returned to activity in 2009 has been in the mind of the CEO of Norton Stuart Garner producing a sport bike at the forefront. But to do this you first had to first establish a reasonable distribution of its models Commando and the necessary funding and deal with it. 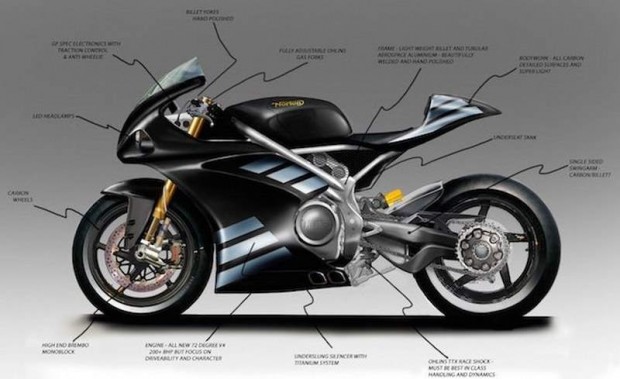 It seems that that moment has arrived, and there are now only waiting to Norton resume a leading role was in the production of motorcycles for many years.