Lately the Indian manufacturer Bajaj is experienced a rise in the quality of their models thanks to possess the greater part of KTM. This love affair with the Austrian firm has earned for taking to the streets the Bajaj Pulsar 200 SS and put long teeth to thousands of motorists of emerging countries with the Bajaj Pulsar CS 400 and 400 SS 2014.

Now they throw more fuel to the fire with the presentation of the Bajaj Pulsar RS 200 by 2015. It takes a few months available in India, where it has exceeded all expectations.
The sport in question is virtually identical in appearance to the Bajaj 400 SS, which already is a point in its favor, though its engine part of the Pulsar 200 NS but updated. To refresh the memory we talk about engine single cylinder SOHC 4-stroke liquid cooling that pays 24.5 HP 9.750 RPM in the sport and a couple of 18.6 Nm at 8,000 rpm. All this with a change of 6-speed, therefore more than enough to circulate in town together design. She said 140 km/h top speed.

ABS on the front axle

The part cycle also is above the average of Indian motorcycles, with telescopic fork of 37 mm, chassis perimeter of steel, rear Monoshock with piggy-back, front brake disc of 300 mm and ABS series… In running order weight is 165 kilos it is lighter and its 13 liter tank guarantees a good autonomy.
It is not that the displacement of 200 cc is very popular in Europe, but the question is to know if a bike of this type would succeed in these parts. The truth is that neither the KTM RC 200 is available, indicating that probably there is no market for it. 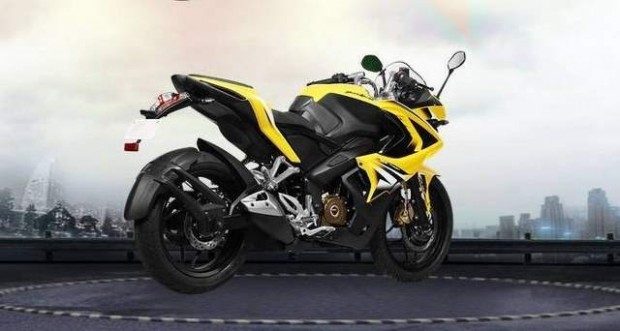