This is the road trail which on paper, promises the best ratio price/feelings. But that really delivers Yamaha Tracer when it used a week during! 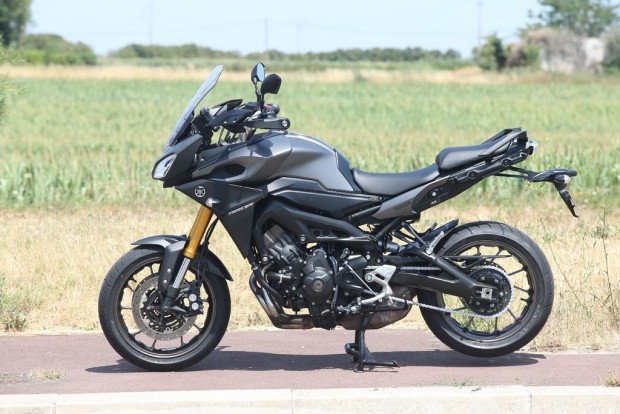 Relatively high seat post, but bit heavy, very fine in the crotch and shining well, the plot has no trouble to sneak into town. Its wide handlebars, more than 1 meter 70 have all chances to find very uncomfortable especially when the engine cut off. Paradoxically, it is when the three 3-cylindres – cylinder table tarnishes a hair.

The Yamaha block certainly offers a wide range of use allowing circulating in the city on any report but he suffers, as on the electronic fuel injection too brutal, challenging roadster version of kicked to the go-around. In the city, where the braking/acceleration sequences are frequent, it is quickly annoying. On the three selectable injection maps to the commodo right including rolling, there is fortunately one that mitigates these smoothly. In this mode B, the engine of the draw offers less fishing but proves to be more docile. In town, the choice is quickly made. 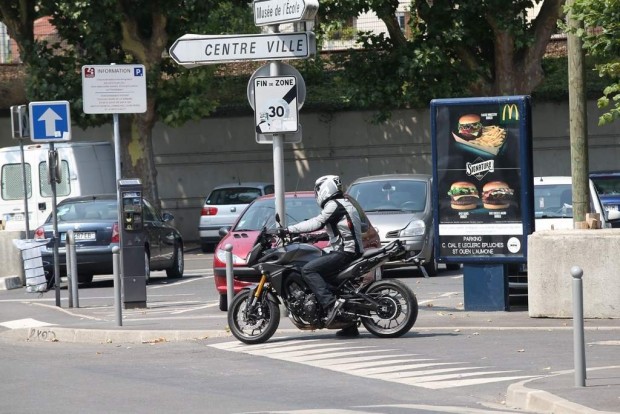 It is on small roads that the Yamaha pulls longer part of its three-cylinder. Horsepower, fast decision-making regime, furious past 5000 rpm, it proves particularly expressive and outclasses even in terms of sensations, some more generous mechanical in cars at least in the French version including the big four-cylinder trails. It is just regrettable that this block is assisted by a catchy gearbox. Side part cycle, the balance sheet is different. Compact, light, the plot shows vivid on changes in the angles and easy to place.

Solo, the suspensions work shows a bit more convincing than the roadster version. But the Monoshock cash badly deformation of the pavement and the train before still barely contain mass transfers when supported braking. These suspensions are not catastrophic but they are not at the level of a motor which is particularly brilliant. All is not dangerous but just quite inconvenient to get to dream of a better suspended ‘R’ version. 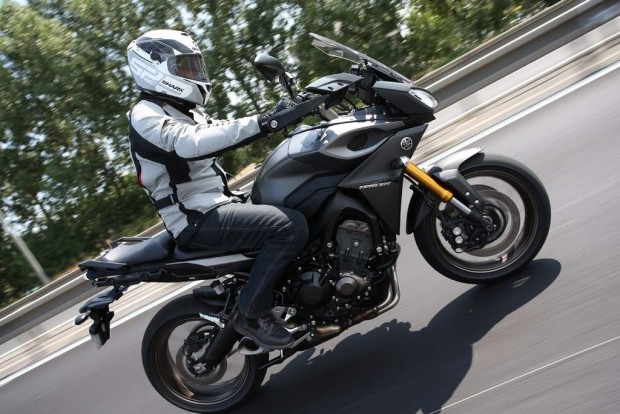 On expressways, the three 3-cylinders cylinder Yamaha is obviously no shortage of arguments: it grows strong at all and has no trouble to take the plot beyond reasonable a little more than 200 km/h in the GPS on a necessarily German motorway without providing troublesome vibrations if not a few lifts very tolerable in the handles. Side protection, the balance sheet is very correct: the bubble to the certainly basic settings two side handles manipulable only at stop protects well head and bust of turbulence to an a 73 meter driver. The comfort afforded by this element is unfortunately not echo at the level of the saddle which settle rapidly and gives the impression of sitting on the frame after 50 km. 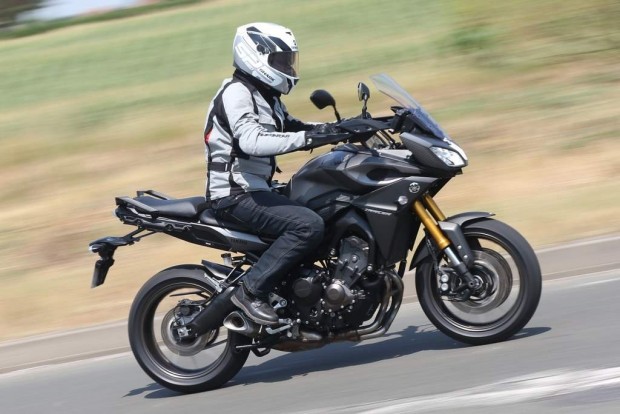 Another characteristic, most surprising to us: the tendency of the plot in all cases of our test model to squeeze significantly past the 190 km/h. surprising because during our previous tests of the Yamaha, we had not been confronted with this behavior. This wandering has proved indeed controllable, but sufficiently pronounced to make the hand. To finish on a positive note, note fuel consumption which remains reasonable even at high speed between 5.5 and 6 liters per cent at a generously motorway pace.

Compared to the roadster, almost unfit to the duo version, the trace brand a net progress by virtue of its low footrests and a more generous passenger saddle. Side handles are revanches less praiseworthy: angular and misplaced, they fall badly under the hand and offer a nice little grip. On this very sports trail, the passenger must also deal with a pretty brutal injection and an eye-catching box which both generate and jerks. Finally, last thing, the most detrimental to our eyes: the rear shock is very sensitive to the presence of a passenger and cannot, in this situation, prevent a net change to the base of the bike. This mono shock absorber is certainly adjustable in preload, but only through a cumbersome system of nut/counter nut. On a machine capable of the duo and displayed at almost 10 000 euros, adjustment of preload by wheel would not confined to luxury.

The draw puts forward a lot of beautiful pieces and alloys of aluminum, reinforced swingarm frame while treating its engine foundries and its assemblies. On the other hand, are watching closely, a number of details betray the interests of economy that it acted. 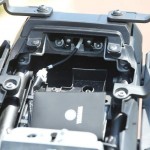 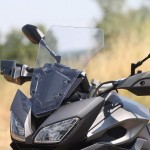 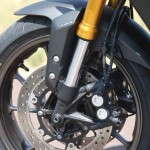 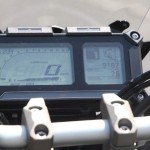 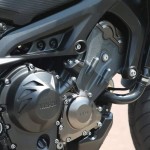 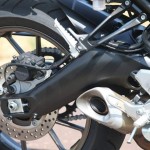 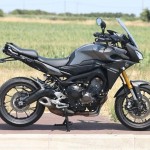