Indian Scout Back to the Future Review

With a successful restart since its acquisition by the Polaris Group, Indian goes into high gear with the Scout. This new very neo retro cruiser adopts novel technical solutions for more than Indian with a relevant result from there to make a new reference? Why not… 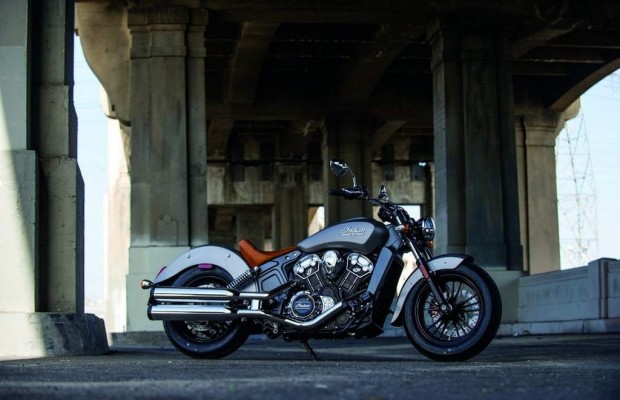 Already last year at the same time so, we took control of the Indian Chief Classic, the first Indian Polaris era and then we could see the curiosity it aroused, if only by its mythical name, which inevitably arouses the suspicions of motorcycle enthusiasts.

If today Indian roll inevitably raise the same questions – “The brand is back? “” She manufactured by Harley? “- Brand dealerships have found that the enthusiasm was there. Also, the Scout is timely to further boost the range.

In Indian history, the Scout has always been the entry level or smaller displacement, particularly against the iconic Chief. The Scout was also historically the sportiest of the range, one with which we made it faster from point A to point B, regardless of the road conditions at the time.

In 2015, some of these aspects are consistent with the past and that’s good. Very long (2.31 m), very low saddle (643 mm), the Indian Scout seems to lie on the asphalt. But more than this figure, it is above all its bold design that appeals. The look is resolutely neo retro with a leather saddle seat tan recalling the historical model and offering also a nice build quality, a typical round flagship brand, guard mud also faithful in spirit. 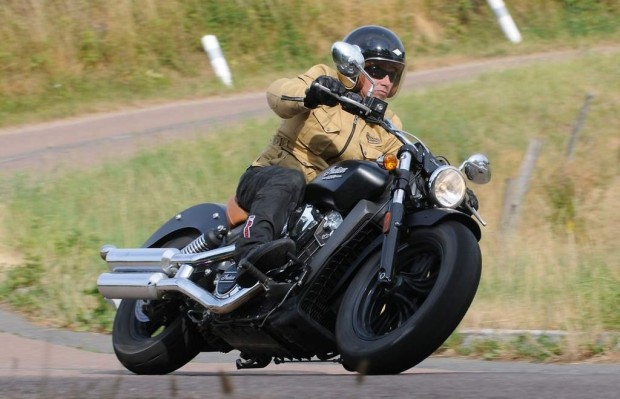 But the “New Scout” especially sports a brand new water-cooled engine radiator which takes place in the heart of foundries light alloy frame. Not to mention an aluminum subframe, home to a pair of particularly inclined dampers.

Gee, there was the reflection at the time of drawing the new Indian. In the end, we adhere or not, but at least, the Scout has its unique style and incidentally a real mouth.

The highlight of this new realization of the Polaris Group, the engine. A V-twin water-cooled 1,133 cm3, as the first Harley-Davidson VRSC. The comparison stops there: in Indian, we wanted to play the card neo retro, with polished covers evoking the old block while leaving the water pump highlighted. 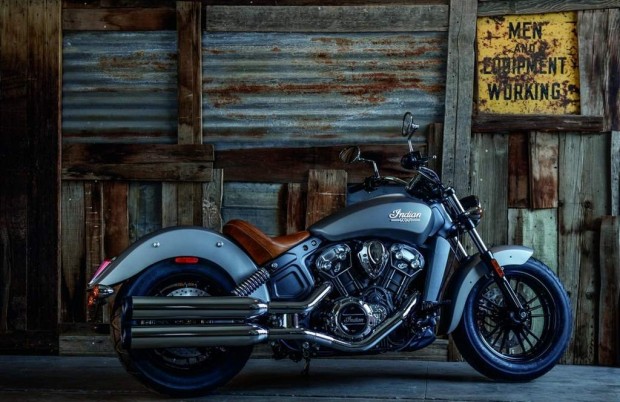 An anachronistic nothing, barely conceals design modernity of this engine. So it’s no real surprise that we find the absence of vibration and mechanical hissing at startup. Here, no potato potato MoCo way, but a muffled sound and a more sporty behavior already with mounted fast enough speed.

Immediately on board, Bertrand and I see in turn that the Scout is ultimately a motorcycle all that is most current. Ergonomics, to cite in the strengths, is very relevant with very low bike for the convenience of less than 1.65 m while maintaining the roominess of more than 1.85 m. Draw a motorcycle which reserves such a reception has not been simple. 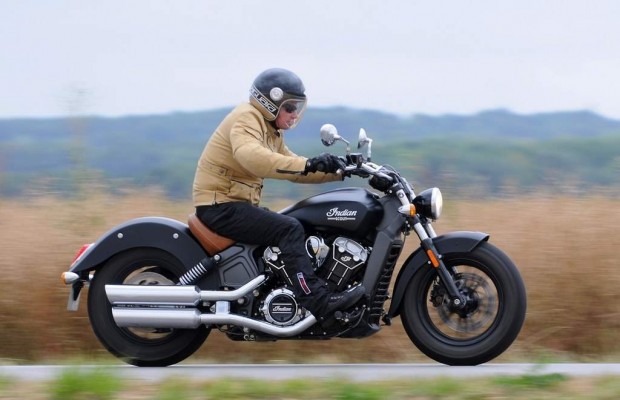 15 km away, the Indian Scout drives the point with obvious grip: Imperial balance at low speeds, flexible controls, dosing intuitive accelerator … almost a Honda! Sorry for the comparison, but just try a flying start to see the verve twin liquid.

Under the effect of the health of the engine, the rear tire is found reduced to several millimeters gum and hand Scout drift in a first time before the rigidity of the chassis sound does not assume align the wheels, smooth . Not as loud a Ducati Diavel in free version, the Scout is still very fast with its twin 100 horsepower.

But after a few tens of kilometers, it is ultimately the general authorization and extensive working range of this engine that we accept. Able to resume at 1800 rev / min in the sixth, it can also climb to over 7500 rev / min without complaining. A beach worthy of use of a motor road as if Indian had already planned a sequel to this mechanism. Witness the Victory Project 156 committed to Pikes Peak. 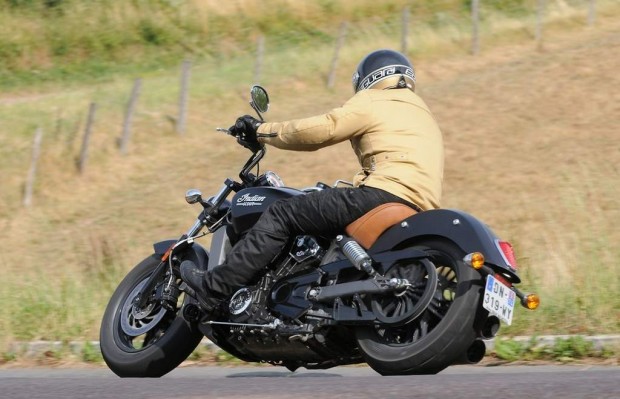 Much more versatile than expected

Nimble enough in town despite its 255.6 kg fully fueled verified, Indian Scout proves pleasant on expressways for a custom devoid of protection that is with a safe engine and impeccable attire irreproachable heading 130 km / h. But anyway, in view of the windage, a small 110 km / h counter shows preferable.

At this speed in sixth gear, the engine runs at 3500 rev / min and shows slightly irregular in its operation. A passage to the next dyno reveals a very impoverished injection mapping to that plan in order to pass the standards. A setting and there appear more.

Stroll on the banks of the Marne, the water-cooled twin accepts winding to 2500 rev / min as whip to 7500 rev / min for a quick passing. But eventually retries are between 4000 and 5500 rev / min revealing the coupleuse flavor of this engine. He pulls with energy and masks the effect couple behind a lively character, almost too modern for some.

Side-part cycle, it’s just perfect for a custom between agility and precision in the placement. Rest amortization rather limited, but with displacements as small, it was not necessary to expect miracles. Point either side of revolution breaking, enough for a cruiser, the use of the rear brake is more than recommended to stop. 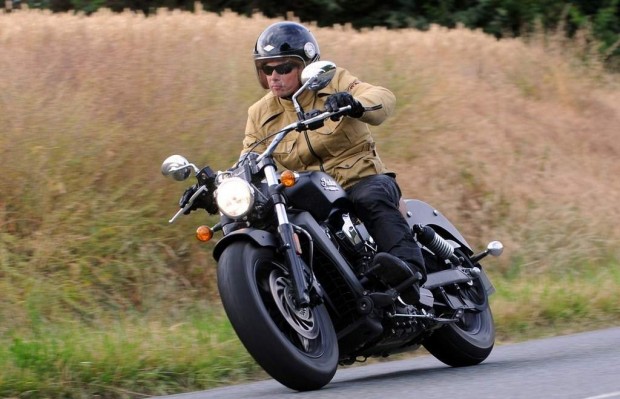 Late afternoon, several hours in the saddle later, one thing is clear: The Indian Scout accepts many uses. City plains, in the countryside, so dragster acceleration, dawdle elbow to the door trajectory cornering footrest floor … it does everything it custom!

Sold from € 12,990 with a guarantee of 5 years, the Indian Scout appears and placed given its exclusive development: the addition seems rather justified. Certainly, there are two or three unfortunate details such ill-concealed horn, open the excessive heat of the right side of the engine, ABS too far, but overall, the Scout is a success on the dynamic plan.

His unusual styles, performance, versatility for custom make a good bike sacred. Bad feelings, interested can turn to less exhaust for voiceless give a little pep to the engine, just for the pleasure of the ear. For side acceleration, it is enough.

A stylish bike that can accompany you at work all year long and take you stroll the weekend, possibly even offer you a few moments of madness: this is a very complete cruiser in the Indian musette. And that is just beginning… 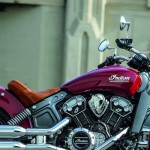 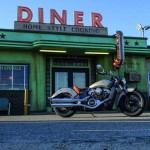 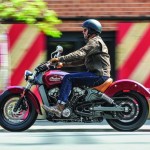 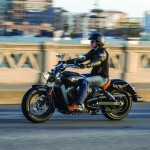 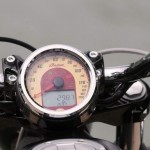 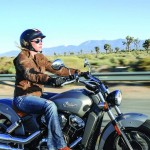 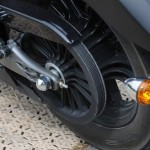 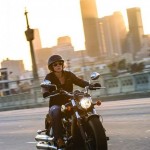 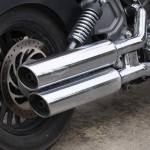 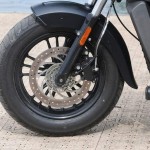 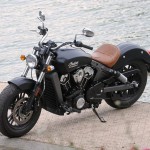 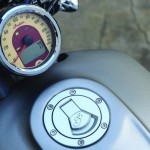 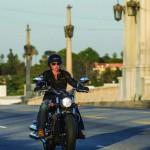 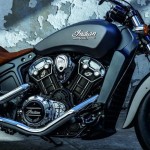 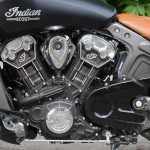 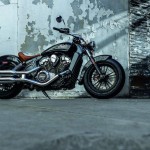