According to multiple Asian sources, and in particular the Japanese magazine Young Machine, several new models 250 cm3 may soon emerge at Honda, Suzuki and Kawasaki. Versys 250, CBR 250 RR, V-Strom 250 and GSX -R 250:
The radical sports and the small trail maxi to stick to the trend declined the large existing cylinders produced by and for emerging markets. Will we see here? 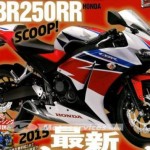 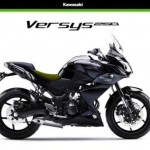 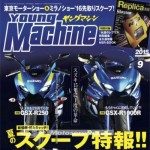 On one of the covers of the Japanese magazine Young Machines appear side-by-side that could give the future Suzuki GSX – R 1000 and its sister 250, an unprecedented displacement for the sports to Hamamatsu. The 1000 be (coming soon?) magazine, this is no doubt, that a verison 250 either declined, it surprises more. Yamaha seems to have awakened the other manufacturers with its R3 release this year, which will be soon accompanied by her twin roadster MT-03 or MT-320. As Honda also appears on the bridge to decline a version RR of its CBR 250 (more distributed with us since end of 2013).
In parallel, other rumors mention the likely arrival of a Suzuki V-Strom 250 dubbed G-Storm Southeast Asia and a Kawasaki Versys 250… Nothing confirms the arrival of these models, and, where appropriate, if they will be imported in Europe. But as we said Yamaha has attempted the shot with the R3 and according to all likelihood the MT-03, Kawasaki with the Z300 this year alongside its 300 Ninja. However Honda had thrown the towel in France with the CBR 250 in 2013, and has not imported the 300 that resulted.