Amazing Ducati:  Whether global, European or simply French, the public received with open arms the Ducati Scrambler as such, in the hexagon, and in just five months, 1000 Scrambler were sold!

Speaking of success might be a little too light to evoke the Ducati Scrambler early career. Presented last September and marketed since last February, the Scrambler to the Bolognese sauce received a warm welcome from the bikers if one believes the 1000 models were sold in the first five months of its release . 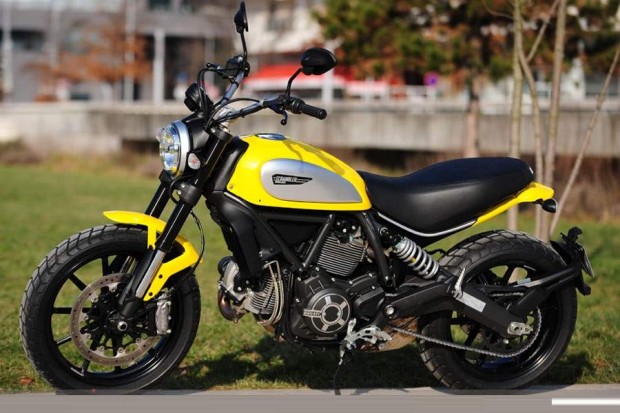 We must also say that by putting up to date an old recipe over 40 years, Ducati has hit home in the hearts of fans, but not only. Indeed, neo-retro is now a real business and thanks to its twin Desmodue 803 cm3 (75 hp – 6.9 mkg), its seat height 790 mm, wide range of derivatives and four variants the Scrambler that are offered in the catalog, it is quite logical that the machine is in the saddle bikers! 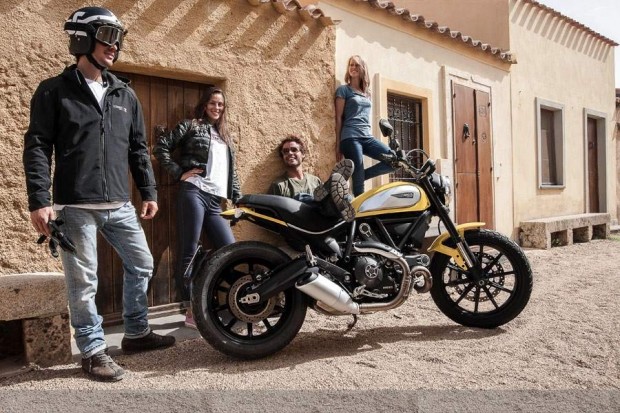 Hailed by many many visitors at trade fairs in Cologne and Milan last winter, the Ducati Scrambler did not miss his arrival on the motorcycle market. While the manufacturer has just celebrated the anniversary of the first presentation at the headquarters of Bologna, the brand continues to post record sales for its Scrambler.

Indeed, this neo-retro motorcycle has already sold more than 9,000 copies worldwide. France does not escape the phenomenon, since the manufacturer has just completed its 1,000th registration in just six months. Good results should still continue on the rest of the year and allow the firm Panigale achieve new records.

More than a new machine, the brand has managed to sell a universe with its famous “Land of Joy” well anchored in the trend for vintage and customization. Along with its motorcycles, Ducati quickly offered a multitude of accessories to customize your Scrambler but also to equip themselves so as to be fitting with his motorcycle. 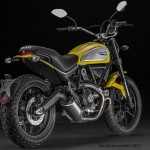 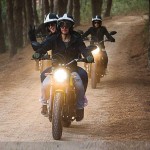 The manufacturer takes advantage of the summer to further develop a little more its range of derivatives with a dozen t-shirts and wife, backpacks and travel bags or with other accessories for getaways as plaids for the picnic.