The time of the presentation of the 2016 range of Victory and its newest model is the Victory Empulse TT 2016. The ‘new’ electric bike’s Victory means the definitive consolidation purchase Brammo by Polaris, since it’s a model very similar to that already seen in the Brammo Empulse R. will be available in the United States by the end of 2015 for $19999, more than 18,000 euros to change. It remains to be seen the commercialization of the model in Europe. 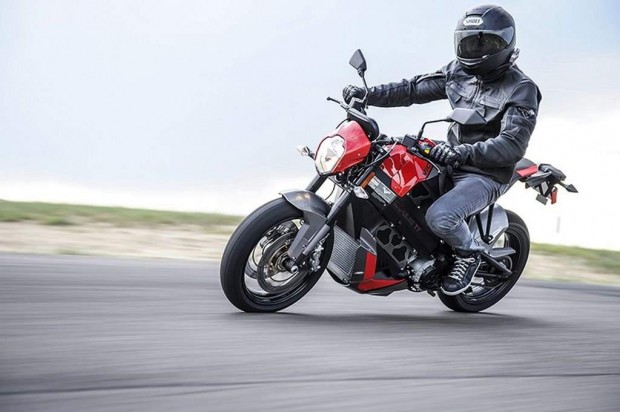 The Empulse has won the nickname TT in honor to his recent participation in the Tourist Trophy, although there are not many improvements regarding the Brammo Empulse R. The bike is equipped with an electric motor of 54 Horsepower and 83 Nm of torque, which is powered by a lithium-ion battery. This battery guarantees a maximum theoretical range of 225 km under optimal conditions, and recharging times range from 9 hours to less than 4 depending on the mode of load used.

Benefits are similar to the of a 600 cc-two-cylinder naked, goes from the top speed 160 km/h and has a 6-speed despite being an electric model change. It is better in acceleration with respect to these by the instant torque, but less agile in curves priori with its 213 kilograms of dry weight. The part cycle features dual disc front brake Brembo calipers and 310 mm, 43 mm inverted fork and regenerative braking on the rear axle.

Developed on the roads of the Tourist Trophy

Formalized not later than yesterday at the convention of the maqrue in Las Vegas, the Victory Empulse TT is a machine built on the achievements of research and the development of Victory to run in the Isle of Man TT Zero 2015. To arrive so quickly develop an electrical machine, manufacturer American has relied on the expertise of Brammo – which he owns since the beginning of the year – and more particularly on its model Empulse R, we tried on this link. He has even been up to resume the lines…

For Joshua Katt, Electric Product Manager, “the TT Empulse was developed as an urban bike, but with a more sporty driving. “With the Dual-Ride modes (Eco and Sport) and the addition of a gearbox, the Empulse TT is a versatile bike that can be used in a manner surprisingly sporty or urban”. To do this, the Empulse TT enjoys a frame in aluminium, adjustable suspension and braking Brembo has nothing to envy to the most irritated of roadsters! It has even a Sport mode that promises 20% additional power by pressing the button for one second.

More than 150 km of autonomy

According to our information, Empluse TT is able to reach the maximum speed of 161 km/h thanks to its battery “Brammo Power Lithium Ion” of 10.4 kWh. A little less than 4 hours would be needed to arrive at a full charge (with SAE J1772 Plug and the “Stage 2” (240v) charger optional). Regarding autonomy, Victory Announces power down 152 km for urban use. 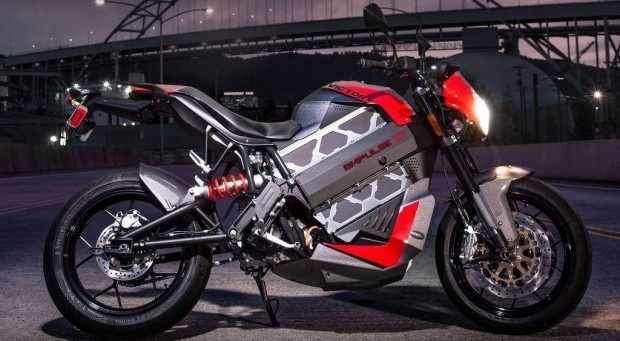 The bike comes decorated with the Titanium Silver/Havasu Red colour scheme, in addition to Accessories official such as a windshield and side cases game. Like the rest of motorcycle Victory will enjoy a guarantee of 5 years or 100,000 km, interesting in his case by the State of the battery.

It is an important announcement in the sense of a recognized manufacturer for electric mobility, but still not solve many of the problems of this type of models, especially price and load times. 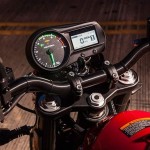 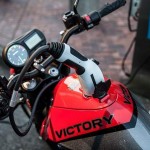 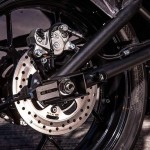 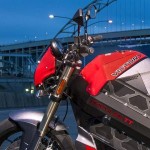 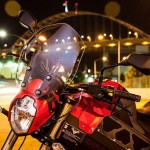 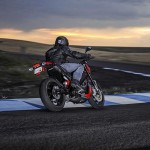 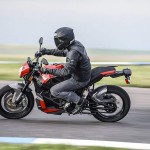