France organized the Suzuki GSX-R Day, great concentration for all fans of GSX-R on the legendary circuit of Le Mans On 13 July, was present this is our story in pictures on this appointment in blue and white. 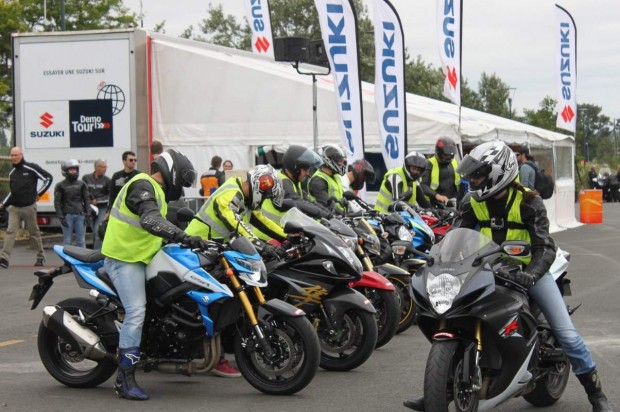 This year Suzuki celebrates 30 years of the GSX-R, a legendary sport that marked his time in 1985 becoming a modern sporting icon. The first Suzuki GSX-R 750 was a turning point in the history of the sports motorcycle. It was actually designed a series of bike for sporting use on circuit. And with Suzuki, we say that it’s thirty years as it lasts! So, to celebrate this mature, Suzuki France organized a GSX-R Day on the Le Mans circuit. A day dedicated to the sport of Hamamatstu, regardless of vintage.
The owners could enroll to roll against a reasonable sum of 90 €, sessions on the Sarthe track being directed by the experienced BMC structure around William Costes. Other fans of Japanese sports could leisurely stroll through the village developed around the Suzuki world, for free. The influx of visitors during the afternoon, in a very family atmosphere, has already demonstrated the interest of the appointment. 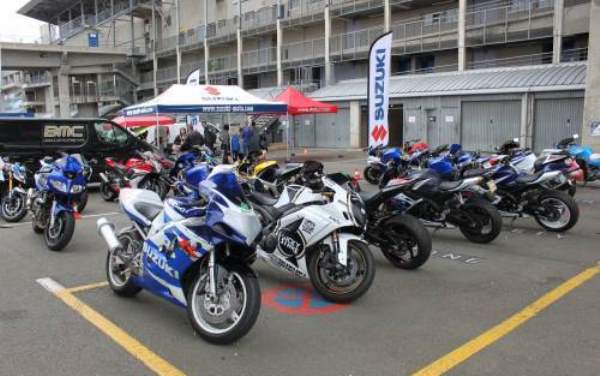 GSX-R of all ages in the paddock and on the track!

In the paddock, you could come across GSX-R of all vintages, although it should be noted the relative scarcity of 92-96 years in 750 as in 1100. Even more amazing, also on the track, it was possible to see GSX-R almost all vintages. The day went smoothly overall, with little falls through effective distribution of the different drivers in the level groups. BMC having a great experience in this field. Some owners of models from 85 to 90 did not hesitate to trajecter between the curbs. This is also an important trend: the return of young timers on track! 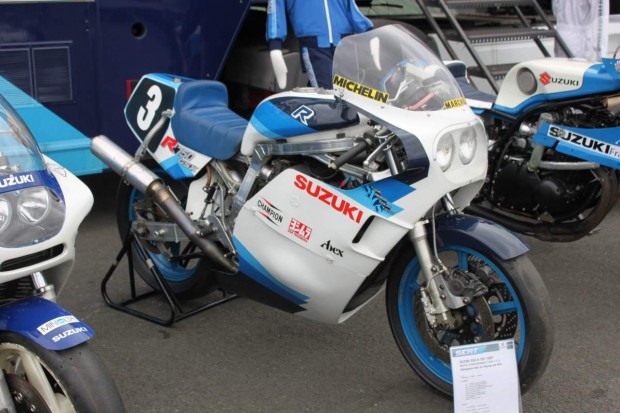 In the village, Suzuki France took the opportunity to install his truck Demo Tour, with the full range available 2015 road test. Rotations were so numerous that the logistics team had to go back in search of fuel more than once. Further, various activities were proposed: Baptism of the circuit duo behind the SERT riders Vincent Philippe or as the manager of the Junior Team Damien Saulnier and had to hang on. Recognize that game that the girls are more adventurous! 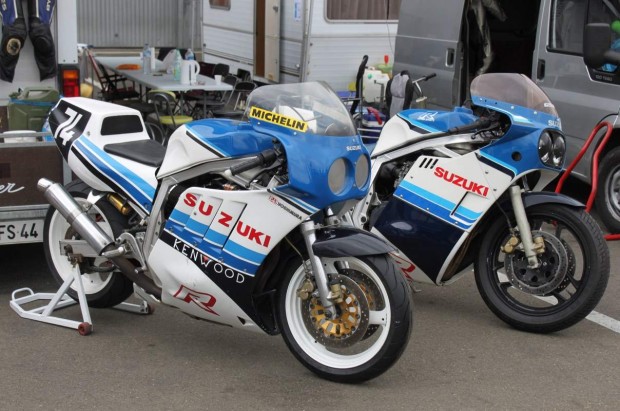 SERT was demonstrations changing tires in race conditions while a good part of his private collection was also exposed. The 11R association, dedicated to all the generations of GSXR engine air cooled, had made the trip. Beautiful bikes in their juices or prepared were exposed, even that of the actor Pio Marmai, motorcycle enthusiast and even at times preparer. 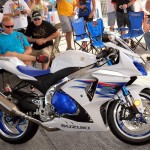 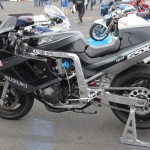 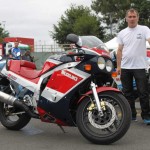 In terms of small gaps of a day under the sign of success, we would have liked to find a special flea GSX-R or the part of specialists to this bike, the possibility of passing his motorcycle dyno, or may be a space dedicated to the Hayabusa, GSX-R to share in the tradition, but overall, usability was at the rendezvous, with a parade of Miss GSX-R and a rock’n’roll concert end day. See you in ten years!