Motorcycle official preparations are a perfect way to keep the information valid for a particular model. It is what has made Indian with Black Bullet Indian Scout. It is a preparation of Jeb Scolman, the same man who developed the Indian Spirit Thunder Stroke 111 Munro served to introduce the new engine of the American manufacturer. 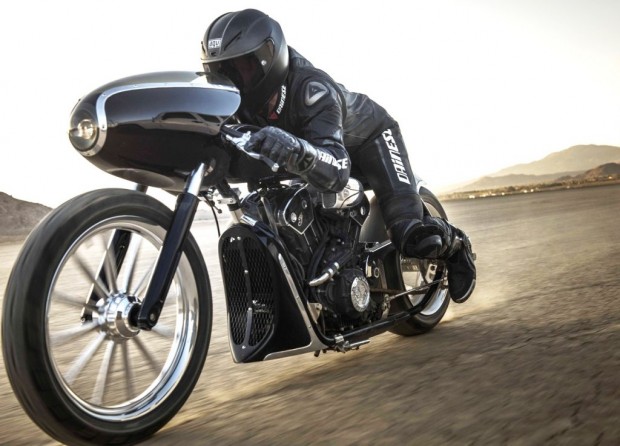 The theme of this preparation is similar to the Spirit Munro, as are the Bonneville Salt Flats and drag racing retro sources of inspiration. Taking as a basis the Indian Scout motor, a V-Twin liquid cooled 1,131 cc and 97 Nm of torque at 5,900 rpm, Scolman has been launched to imitate drag bikes of the 50s and 60s Minimalist for achieve speed records with nothing. 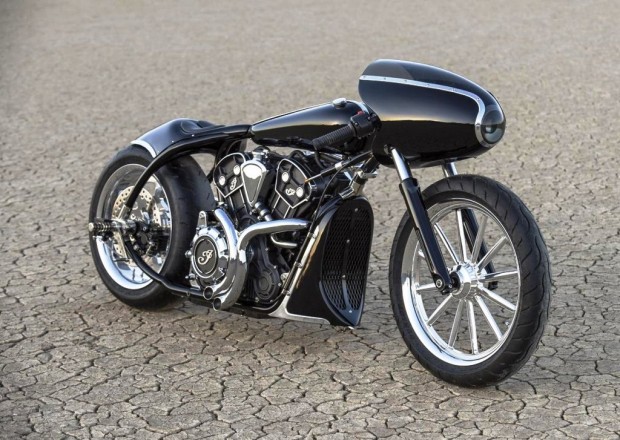 The result is a custom bike as compact, which highlights his fork built into the dome, but also its minimalist chassis for housing the motor, the small seat and the small tail that serves as a rear fender. Handlebars and footrests and handlebars delayed favor aerodynamic position to maximize straight-line speed, while the new design intake and exhaust are designed to increase performance. 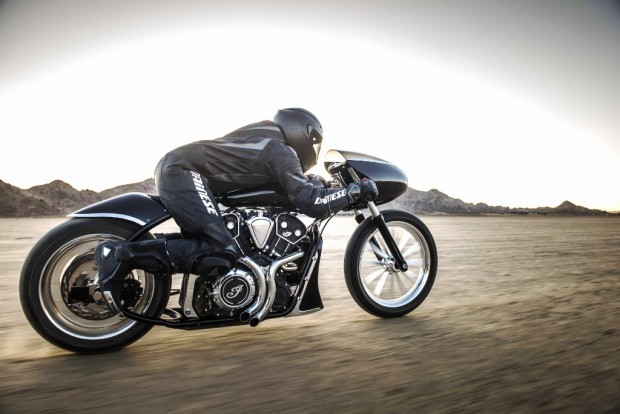 Worthy heir to a long tradition of bikes that only serve to accelerate towards better times.To mark the sporting heritage of India, this year, the company responsible for building Jeb Scolman Scouts inspired by the Bonneville Salt Flats. Scolman was handed a 2015 Indian Scout engine, and granted complete artistic license. The resulting minimalist motorcycle, nicknamed the Black Bullet, will head the Salinas after making an appearance in Sturgis, South Dakota, from July 31 to August 8 India seems to be in good hands, those of enthusiasts.