Harley-Davidson LiveWire Test For the Future

Try a new Harley-Davidson is still a rather special moment. But when your day is the mount of LiveWire prototype first electric motorcycle manufacturer in the US, it’s downright partying under the helmet! Tale of a brief encounter with the third kind of Harley … 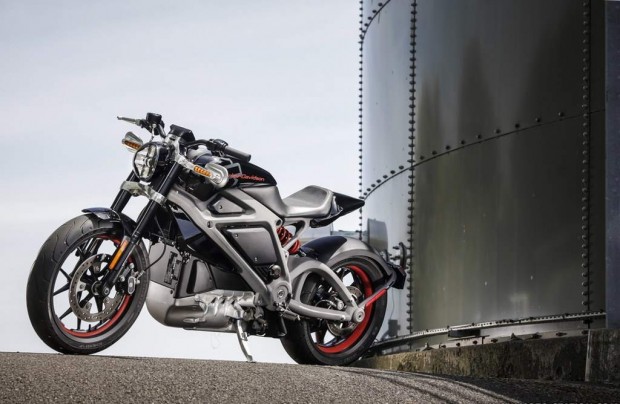 Electric Harley-Davidson … There is just one year, the accolade of these three words had all the gag for the entire biker community. Then appeared the first pictures of the LiveWire. A new kind of Harley, abandoning its inescapable V-twin engine in favor of a set to become as much the medium term.

For the future of MoCo, French officials say to us, will indeed by a motorcycle “nuclear.” Not tomorrow, or even next year but 2020. In Milwaukee, we like to take their time and refine its products. Image issue.

Until then, it is almost certain that technological advances enable Harley-Davidson motorcycle to offer a useable in everyday life, as any of its thermal sisters

How that’s a proto?

But we’re not there and, for now, this is a prototype that we are invited to discover and try on the slopes of the Michelin Technology Center, close to Clermont-Ferrand. Guests are adamant the LiveWire is not subject to a marketing approach. It is a study designed to test public reactions within the Experience Tour.

To make an impression, the designers opted not for a custom or a tourer, but for a roadster. Logic for a motorcycle primarily urban, intended for a younger audience and less traditionalist than the baby boomers that are still a big part of the biker population. 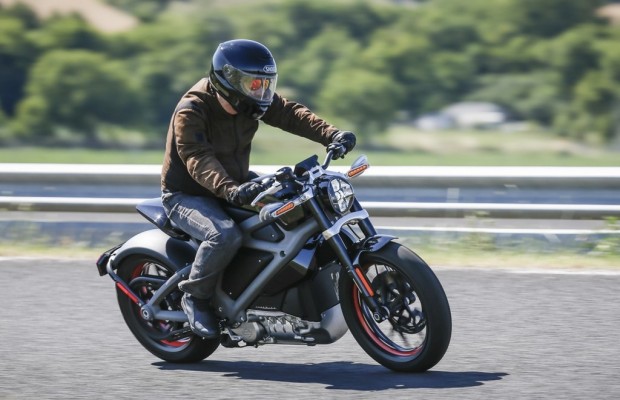 The result is a surprisingly compact motorcycle, more slender eg a Ducati Monster. LiveWire centerpiece of the perimeter frame is a superb piece of aluminum foundry coated dark gray powder coat. It encloses an electric motor with cast aluminum housings are based hot rods of superchargers of the big time. This mechanism does not try to conceal his game as much by trying to look like a combustion engine. Well done: the whole of the mouth.

For the rest, hard to believe we are dealing with one of the 28 bikes built by hand: with a complete road fittings (TFT array panel, LED lighting, turn signals, mirrors and even reflectors) and strong a finish impeccable and very industrial, electrical Harley looks set to join the showrooms. But enough abase we have before us a big twenty minutes to complete the photo shoot and, above all, to get a first idea of ​​the potential of the machine.

Take the top of the LiveWire is pure formality. With a height of about 750 mm Seat estimated at giuibolometre, big ladle model and weighing 210 kilos announced, the electric Harley is a ballerina, which is handled without apprehension engine off. Second pleasant surprise: despite its unusual way of propulsion, it has nothing unsettling for the traditional biker. This requires the stalks in all respects identical to those of motorcycles of the current range and controls “almost normal”. 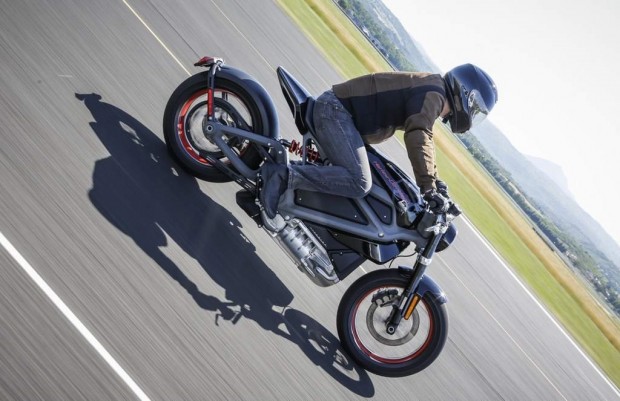 With no gearbox, there is neither clutch lever nor selector. However, the front brake is to the right handle and rear counterpart right foot. Therefore no risk to plant the brakes on a reflex clutch stroke: a good point. To be honest, I’m accustomed to the central command of my Sportsmen; my biggest worry “off” has been to find the footrest remote, roadster style

Side stand, powering the right combination switch, the touch screen acting as dashboard lights up, displaying the charge status, voltage, battery temperature, the temperature of the ECU, the time remaining before full charge and driving mode. Both are available: Range maximum autonomy and Power maximum performance. Go to Power!

pressure on the slab, a flash appeared and in less than two seconds, the LiveWire is ready for action. A deafening silence. A slight rotation of the right handle can check two things: the electronic throttle control is very responsive, and the electric motor clearly not the soft kind knee during startup. I like! To snore at red lights, for against, require ironing.

Between Buell and a TIE fighter

Before accessing the Michelin tracks, we go through a little bit of open road. The opportunity to see if the MoCo has treated the song as much as the plumage. On a not always perfectly smooth asphalt, suspensions – adjustable Showa inverted fork and single shock – do their job very well, ensuring a first-class comfort and a guide a priori outside criticism. Light and short, the bike is strong, handy and really pleasant to take. 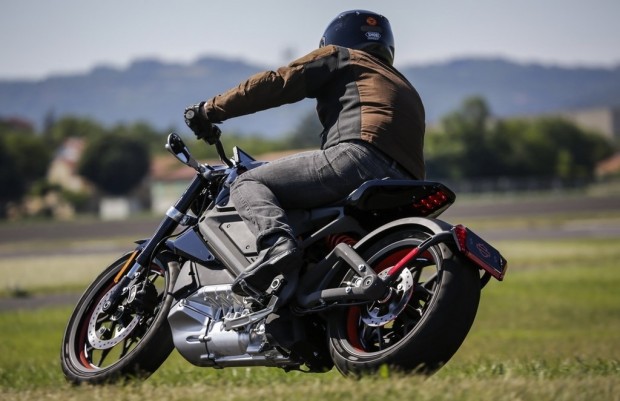 As we said the technical staff, the rear brake is almost there for decoration because the front brake shown a great bite. And above all, surprise, the cutoff of watts, the three-phase induction motor generates a rather powerful deceleration, similar to the engine brake-burning our fossil and by the way, the opportunity to recharge the batteries and increase autonomy.

Once on the tarmac at Ladoux is screwed to see that the beast in the bag. The throttle grip seems directly connected to the rear wheel and the devil, it sends the bagpipes. When we told you that on an electric motor, power and torque are instant, it does not lie to you. Verdict: 0 to 100 in just over 4 seconds and 154 km / h meter peak.

All with a soundtrack all stung right to a science fiction movie. For Harley-Davidson wanted his electric motorcycle has a signature sound all its own and uploads last year do not lie. The LiveWire whistles really close to that of a jet turbine, due to the resonance of the motor in its housing. For just a moment, you are a TIE fighter pilot in pursuit of X-Wing Luke Skywalker. Magic for a big kid like me! 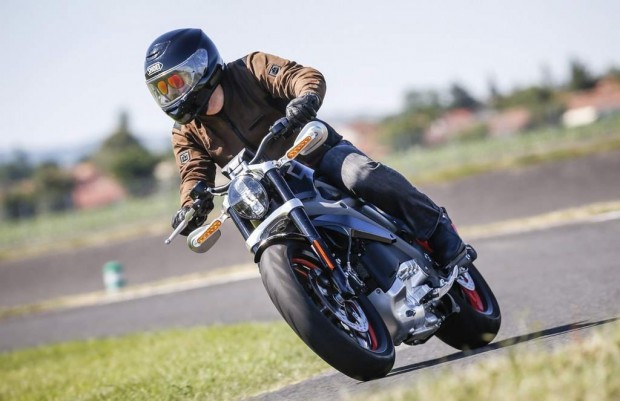 All good things come to an end once the curly photo shoots; it’s time to go to the paddock. What can be concluded, therefore, that too short trial run?

Before than electricity does not necessarily mean tasteless. To appreciate the Harley-Davidson LiveWire, just keep in my view an open mind and let his biker references to the locker room. From there, the player behavior, muscular acceleration and unique sound of the Harley of the third kind have something to give banana. And even if the good vibes are no longer in the HD menu of the future: we will always have our old fonts for!

Rest obvious defects, prohibitive for a series of machine. In Range mode, autonomy is of 85 km maximum. And the account falls about 55 km in Power mode. With a charging time of 3:30, there’s interest to properly calculate its routes. But that’s good: The LiveWire is not a production model.

It is not for nothing that Harley-Davidson remains cautious, still giving four years to reach out an electric motorcycle for everyday use. Given the staggering pace of change in battery technology, the bet is not so crazy. Deeply 2020! 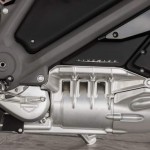 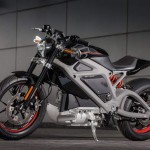 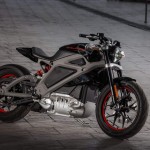 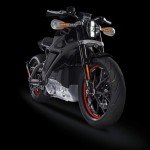 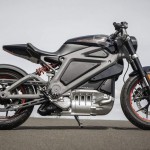 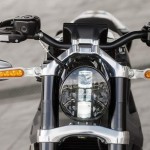 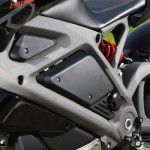 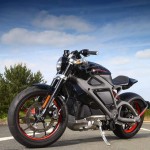 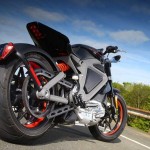 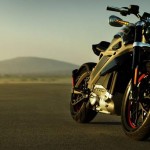 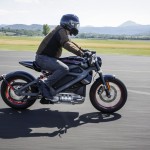 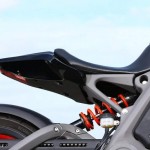 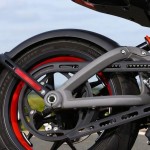 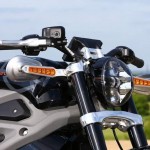 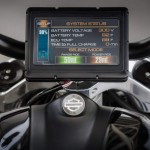 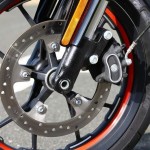