MotoGP Assen – Rossi has made boss

Valentino Rossi proved the stronger to win the MotoGP race at Assen ahead of Marc Marquez and Jorge Lorenzo.
He had imposed more from pole position since Misano in 2009, but Valentino Rossi was finally able to win at Assen ahead of Marc Marquez. The two men quickly left the head, Jorge Lorenzo dropping ground in As the 26 lap race. We then waited for a big duel between Rossi and Marquez. 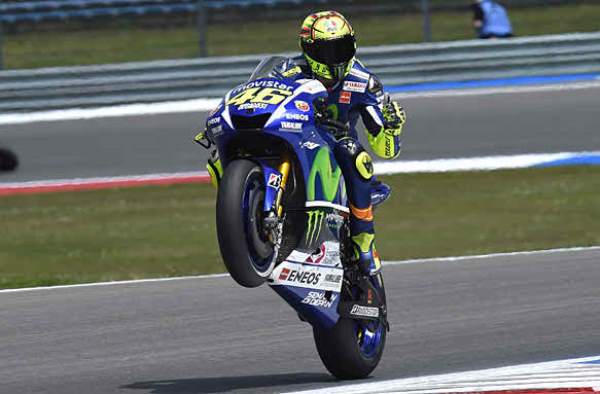 The Honda rider waited for racing to take the first lead, but the championship leader has not dropped the case, taking orders two laps. Marc Marquez finally tried one last daring maneuver in the final chicane. At the edge of the fall, he came in contact with the Yamaha and Rossi led into the gravel. It remained on its wheels to cross the finish line as winner, Marc Marquez having to settle for second place. But the Honda rider was happy to be back on the podium after three races famine.
For his part, Jorge Lorenzo has never been able to keep pace with the two leaders and finished nearly 15 seconds of Rossi. He leaves Assen with 10 points behind his teammate. Andrea Iannone has also experienced a pretty lonely race in fourth position. The big fight took place with Pol Espargaró behind in 5th place before Cal Crutchlow, Bradley Smith, Dani Pedrosa and the two Suzuki Aleix Espargaro and Maverick Vinales. Loris Baz took the point of 15th place and finished first in the Open category, Mike di Meglio to settle for 18th place.
Results MotoGP Assen
1. Rossi (I-Yamaha); 2. Mark (E-Honda); 3. Lorenzo (E-Yamaha); 4. Iannone (I-Ducati); 5. P. Espargaro (E-Yamaha). 6. Cruthlow (GB-Honda); 7. Smith (GB-Yamaha); 8. Pedrosa (Honda-E); 9. A. Espargaro (E-Suzuki); 10. Vinales (E-Suzuki); 11. Petrucci (I-Ducati); 12. Dovizioso (I-Ducati); 13. Redding (GB-Honda); 14. Hernandez (Col-Ducati); 15. Baz (F-Forward Yamaha) … 18. Di Meglio (F-Ducati) 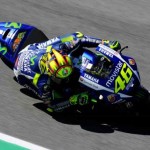 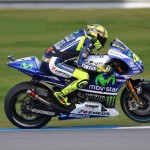 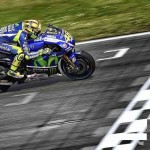 Tags: Review of MotoGP AssenRossi has made the boss