The Bridgestone BattleCross range is very young, since the X 30 and X 40 came on the market last year, replacing respective M404 and M604. We therefore have mixed and hard the Japanese manufacturer’s references: it lacked more than to call the soft model. 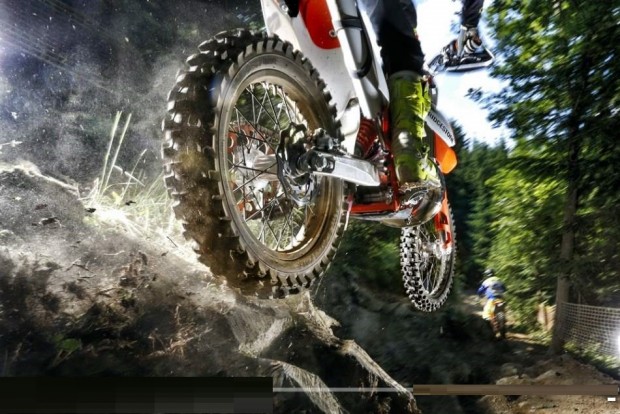 The family is now complete with the arrival of the new X 20, successor of the M204. An opportunity for Bridgestone we invite to the presentation of the whole range of tires Cross. But first review a little theory before practice.

The BattleCross stand out for the use of own Bridgestone technology: the Block Castle. It is a supplementary, molded block inside the tire rear, very identifiable spikes when you have the tire before you. The aim is of course to gain traction without affecting the service life of the tire.

The BattleCross have also been redesigned compared to their predecessors: spikes no longer have the same shape, and are arranged differently… In short, the BattleCross are real new tires!

Small feature regarding the front 20 X: he has a sense of bearing, unlike the X 30 and X 40. On the side of the rear X 40, we note the presence of fins on the sides, intended to cool this tire for hard grounds, so often high running temperatures. So much for the outline, place the test!

We have KTM Cross 2016, but for more than felt, and precision, we essentially threw our sights on the 250 SX – F. Basically, our terrain is rather hard with a lot of pebbles in places. However, it will evolve throughout the day, with the formation of support from Earth then a wet session afternoon after abundant watering.

Bridgestone X 20 is the tender BattleCross range reference. And on the ground of the day, say you was not winning… Nevertheless, the different rolling will have been more informative and have allowed the 20 X to advance some undeniable advantages.

The tire is one that probably has the most developed evil hard terrain. Entries in cornering, braking on the corner, one felt clearly spikes twist, giving a sensation of “chewing gum”: not top for the feeling.

But when watering is passed on the ground, it was felt the X 20 more to his advantage in most furniture parts. In turn softened, output where it intersects the trace, slightly banked, it is the X 20 which takes the better his cap.

The rear tire is shown to be much more versatile game input. The twist was sensitive, but not frankly disturbing. With the X 20, there is comfort and traction. Flexible carcass absorbs all the small brittle bumps while the grip is at the rendezvous.

BattleCross range X 30 intermediate reference actually fly during this test! With him, the feeling of the nosewheel of our SX – F 2016 is instantly up a notch.

No effect chewing gum, good accuracy and a good grip to the brake: found not frankly anything wrong on the front 30 X in its conditions. It remains a hair below the 20 X in the mud, but the compromise package turns out to be excellent.

At the rear, there again, we cannot blame him much. Transitions between areas wet and (a little) more furniture and concrete areas are not a problem: X 30 adapts a surface to another without requiring the driver to fear a vicious reaction…

Traction is also present: difficult to disentangle X 20 and X 30 on this point between. The benefit of comfort goes to the X 20, as with the X 30 it feels more like small shocks.

With the BattleCross X 40, it passes to the hard hard… No need to be an expert to feel that little shock absorption power is no longer the same. The comfort is not really the strong point of the X 40, either at the front or at the rear.

Not another note on the front tire, which proves rather convincing input of turn… as long as we stay on the path hard, dry and without rolling stone. Obviously, after watering, intersected by the same route with the X 20, and it has understood that the result was not the same front stealing without warning.

Same observation with the tire back which does not really appreciate the wet parts. It must be said that there are so many spikes on this tire that we doubt much that the evacuation of mud should not be simple. Ditto for the rolling stones, and there were many places: it has the feel that X 40 remains on the surface and somewhat what he wants.

Clearly, the Bridgestone X 40 is not his field of choice. On the other hand, the field of concrete in the South of the France – you know, where there are traces of braking gum and where the spikes do not fit in the Earth… – this reference will no doubt like a fish in water.

Balance: To each his Battlecross!

In the end, the three Bridgestone BattleCross cover a very wide range of uses: between the X 20, X 30 and X 40, there is always the solution to the field type on which you will evolve.

Battlecross X 40 is probably the least versatile of the lot: one can imagine ill run a race in the mud with but on a ground concrete, no problem. X 20 is the one that offers the most comfort and versatility at the rear, the front being probably too soft to hard terrain.

The X 30, finally, is the good compromise that goes everywhere without too much trouble. While less efficient in very piece of furniture that a 20 X, he defends himself very very well. Go… I give you my favorite choice: a X 20 at the back and a 30 X at the front. This is a duo that seems optimal.

Side rates, all you say get the figures is not simple, Bridgestone giving a scale resellers: €86.40 for the rear tire and €69 for the front tire. In reality, these prices are rarely applied, each point of sale securing its own tariffs.

Dealers contacted, the rear BattleCross will sell between 55 and €65 and the front BattleCross between 45 and €55. Rates close to what is practiced at Michelin. BattleCross X 20, X 30 and X 40 were all already available, it is to you to play the competition!

As the feeling of a tire can also be a matter of taste and level of pilotage, we have the global round of our foreign colleagues invited on the presentation of the Bridgestone BattleCross to ask them their feelings. Here are their opinions on the X 20, X 30 and X 40. 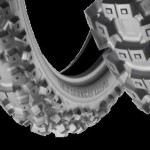 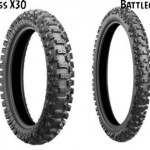 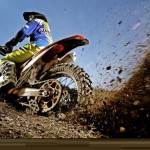 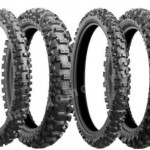