Harley-Davidson pushed the biker planet by announcing project LiveWire, a motorcycle completely driven by electrical energy. Writing was invited to the testing of this prototype out of the ordinary within the confines of the technical centre for Michelin in Clermont-Ferrand (F). 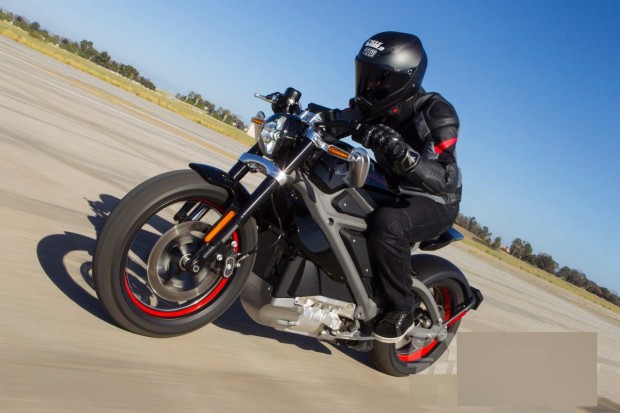 See all photos in the Gallery at the end of article!

Before a probable marketing before 2020, the Milwaukee firm has found appropriate to introduce its customers, or at least a handful of lucky, in the development of the LiveWire, the main aim being not to miss the advent of this new technology in the ranks of Harley-Davidson. It is forgetting its acquis, do more to refer to the famous potato-potato typical of the twin and leave a white sheet to express his thoughts and his felt riding this prototype for the less daring.

Without wishing to upset the genera and Futurism which will readily identify Japanese firms to enter, Harley-Davidson had the decency to keep a look relatively conventional and own his identity. An apparent leaked sandblasted finish, a fully adjustable inverted fork aluminum chassis, an arm oscillating way “Milwaukee” crossed by the transmission belt, a simili-reservoir, a short super rear loop, magnificent wheels to sticks in there,… She slams this LiveWire!

And what Harley-Davidson designers were particularly successful, this is the part usually dedicated to the engine. From afar, it would not make the difference with a classic motorcycle; and more is approached, we discover that it is not a standard motorcycle. Do not imagine a pile of plastic, but rather a clever mix of materials simulating the presence of a heavy-duty engine! We will particularly focus on the semblance of crankcase chrome, very successful! Incidentally, this is close to the ground, that fits the electric motor.

Then, to compensate for the concept of energy saving inherent in this technology, it was imperative to equip the LiveWire of an armada of LEDs for long range, crossing and back fires, as well as for flashing.

Even the Dashboard makes the needles overlook and favours a LED rectangular and touch screen. The information that is displayed baffle completely. It shows the battery charge level indicators and the level of power to which it submits the engine. At the stop, we get also the temperature of the electric motor (oil cooled), the battery and the electronic central unit (water-cooled), and more.

Technical overview is provided by the technical manager of Harley-Davidson France. We no longer speak connecting rods and cylinders, but watts, ions, autonomy, acceleration. Even in the land of Uncle Sam, it goes to the electric, if the world of two-wheelers is changing! To talk about figures, there is a certain greed and we won’t know much more that the three-phase induction motor develops the equivalent of 55kW (74cv) 8′ 500 rpm and 70.5Nm at 8’000 rpm with a Redline at 15’000 rpm and the bike is capable of an acceleration of 0-100 km / h in less than 4 seconds, a maximum speed of 150 km / h and a maximum autonomy theoretical 85 km in standard (in full mode count 63 kilometers). Is that the sensations of driving will be incomparable to those of a motorcycle with the motorization of internal heat type.

Once the presentations, it invites us to take this strange handlebars ‘ American. Also stout that imposing the LiveWire asserts itself by its look and its dimensions. Very short, demoralized appearance on its rims of 18 inches at the front and 17-inch in the rear, his minimalist style puts forward a clear powerful motorization. Its fine Monoposto imposes a ” ride ” selfish. Once in the saddle, the feet on the ground, insofar as we are of a medium templates. The arms are stretched forward, like the position that we are on a roadster sport.

Insistent pressure on the starter and the screen illuminates. What silence! Just means the growl of the electric motor. No clutch, no speed selector. Simply enter the right handle (that sends the watts!). A slight rotation and the LiveWire starts to move gently with a light whistling. The evolution at low speed is done with ease, both the LiveWire is handy and makes a mockery of its weight of 210kg (in order of market, and not “all full facts”, as we are accustomed). Branch enjoys a good steering angle, thus facilitating maneuvers and movements in urban areas.

Speeding up is child’s play. Just turn “throttle” or rather the handful of watts and the electric motor reacts instantly, but without violence. The acceleration is sustained and very linear. It grows at lower speeds and it reaches the maximum speed in no time and no sign of weakness on the part of the engine. Suddenly, probably for security reasons, the acceleration stops and the LED screen indicates a speed of 153 km/h.

At legal speeds, on the open road, the engine is always available, regardless of the level of diet. We take taste and it revels in each reacceleration, as if we were a small projectile catapulted by a rubber band.

The issue of noise! This is where the low level. The typical potato-potato with which allow themselves to be lulled fans of the Milwaukee firm is no longer. However, Harley-Davidson wanted to mark its electric motor of a characteristic sound, in the image of its heavy-duty twins. The secret is located between the engine and the transmission. A series of pieces are assembled to form a kind of propeller, close from the drawing of a turbocharger. The resulting sound is similar to that of a turbine of a fighter plane. Not as powerful, but much more acute, we discovered an electric motor that has a certain “sound charm”. Without being intrusive, it is present at all speeds, proportionally.

Then addressing the technical centre Michelin curves. The LiveWire is stable, even at high speeds. In fast sequences, it leaves swing angle to another without effort. Vivid, well-balanced and boasting a vastly superior to standard Harley-Davidson ground clearance, she is very playful and pleasant to take. 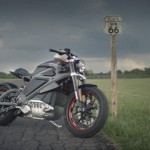 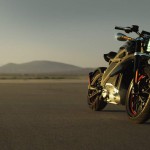 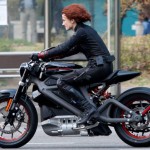 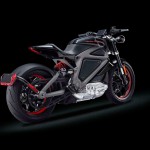 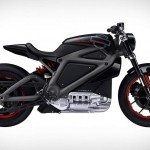 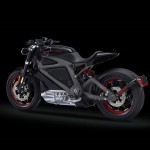