The K 1600 GT, flagship of the BMW Motorcycle fleet, offers an evolution for 2015. We have taken the handlebar on 1500 km. A trial “long” period, just to check that she was still as haunting. 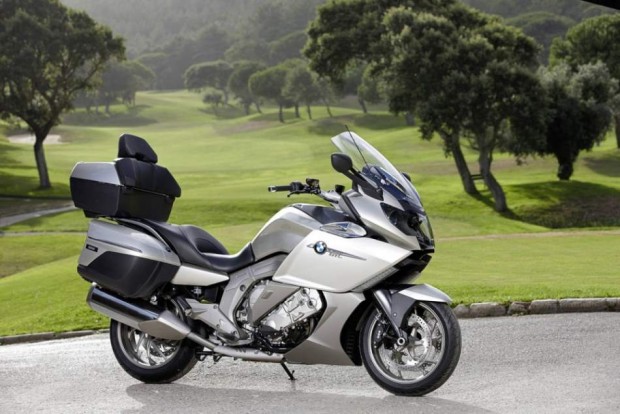 Born in 2011, the BMW K 1600 GT evolves smoothly to 2015. It is now equipped with series of a DTC dynamic traction control. And as an option, there will be elements available to only the K 1600 GTL Exclusive so far as the system Keyless Ride that allows keeping the key in his pocket, either to start or to open the gas tank, for example.

With regard to the general design, it does not change. She retains this front of prey with its circular DRL and its windscreen well designed, adjustable in height with a single touch of a button on the left comodo. It also keeps this finally enough fine line despite the presence of lateral suitcases that go it well. We feel that it was designed with. It is perhaps less elegant when it is filed. And most importantly, it retains its two silencers that are sufficient only to differentiate it in the flow of traffic. 6 outputs for 6 cylinders.

Finally, only the dashboard evolves. Counters are now on a white background and adopted more modern characters. And color is invited in the LCD of the computer which always delivers as much information. This ranges from mapping station of radio through different trips or average and instantaneous consumption.

Regarding the cycle part, the K 1600 GT is equipped with a beautiful double side rail aluminum which runs on its flanks. At the rear we find a paralever and its gimbal. And on the front, a duolever fork system, a quadrilateral to push wheel separates completely the direction of depreciation.

Braking is entrusted to a double 320 mm disk diameter bitten by two fixed 4 piston calipers at the front and at the rear, a single 320 mm disc and a floating caliper with two pistons. Obviously to prevent any inadvertent slips the K1600 enjoys a partially coupled BMW Integral ABS. The brake pedal acts on the set of braking, front and rear.

A 6 CYLINDERS OF ANTHOLOGY

In France, clamping forces, we must settle for 107 HP and 150 Nm which are good enough to take off without problem his 332 kilos all full facts.

The couple, it’s awesome. One sometimes has the impression of being on a tug so it pushes hard. As much as 70% of the torque is available from 1500 rpm. And what sound. The indecent to approach a similar sound. It was enough to give complexes to most bikers that are crossed. The sound is raucous acceleration and is much more muffled once launched: perfect for longer trips.

LEARN HOW TO STAY ZEN

This is due in large part to the driving position: that of a GS with a narrower handlebar anyway. It is very well studied. The bust is very straight. The foot wedges are low enough to feel good about long distances but legs are still pretty folded to attack a bit, see much if the appeal of the pif paf becomes too strong.

And with a centre of gravity under land, despite the weight and width of the K 1600 GT, even in town, we walk. There is much that when put foot ashore it takes steps fail. And yet because it is very well balanced. And then there is this incredible sonority, is want to go until a report as soon as possible to still hear this ROAR. However, once launched, no one hears more. It’s comfortable enough for long motorway journeys.

Regarding the practical aspects, the K 1600 GT is no slouch: is it does y no free space under the seat, it offers two boxes key lockable glovebox. The right contains a USB cable and an auxiliary to enjoy the music of its smartphone directly in the forums of the motorcycle.

A DIN plug will also connect a smartphone or an external GPS if you don’t opt for the integrated GPS option which transforms dashboard in airplane cockpit.

Registry of the small more, it should be noted among other the presence of a heating – particularly comfortable – seat driver and passenger.

AN ON-BOARD COMPUTER TOO FULL?

To navigate through the menus of the on-board computer, simply press the dedicated key located on the left comodo. To select the function, is rotated the dial built into the handle and is enabled by pushing it to the right.

This wheel to handlebar system is really very practical and very well studied. We see only two defects. The first concerns ESA suspension driven available as an option. It is a bit tedious having to wander through the menus from comfort to dynamic for example. It requires to leave the road to the eyes. The dedicated button on the comodo found before was more practical. And then the dial is too close control flashing, sometimes it confuses the two. And when it opted for built-in GPS, it is often found with compass instead of the card on the screen because it wanted to indicate his intention to turn right. The problem is would be posed if pas BMW had not abandoned separate flashing controls found under the right and left front handles. 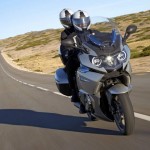 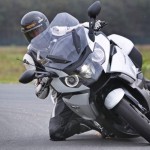 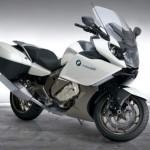 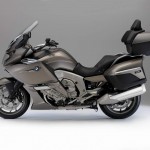 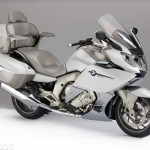